Continuing our series assessing the chances of likely World Cup winners, we shine a spotlight on the most successful nation in history, Brazil. In this FIFA 22 predictions article, we highlight their star players, examine their playing style, and ask whether the manager has what it takes to lead them to glory. 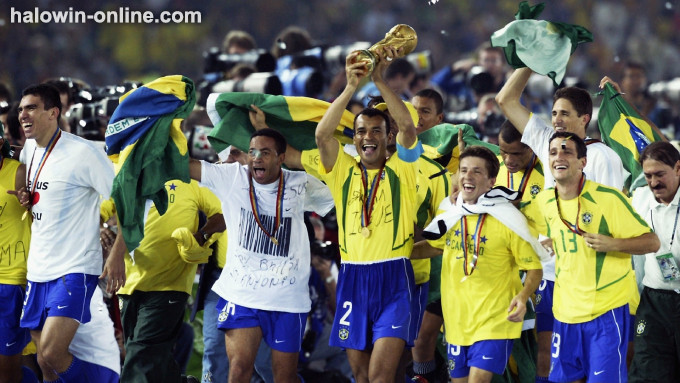 The Selecao have won football's biggest prize a record 5 times, but is their current squad equipped to do it again?

It's hard to deny the achievements of Tite. The Selecao supremo won the Brazilian Serie A, Copa Libertadores, and World Club titles with Corinthians in 2011-12. He was named top flight Coach of the Year in 2015 and, after taking charge of the ailing national team in 2016, guided them to Copa America success in 2019.

"He has strength of personality and character," the former Barcelona star said. "He can deal with people in such a way that extracts the best from everyone."

But Brazil won't be able to count on Tite's man management skills for much longer. When he takes charge of Brazil's first game in Qatar, the 61-year-old will become his country's longest-serving manager. And earlier this year, he made it clear that he will be quitting his post after the tournament. The question is, can he leave on a high?

Tite prefers a 4-3-2-1 formation, with Neymar leading the line. The coach has become increasingly frustrated with Paris Saint-Germain coaches for playing his star man out wide when he sees Neymar's best position as center-forward.

In central midfield, Tite opts for the reliable Casemiro, who starred in Real Madrid's Champions League run in 2021-22, usually with support from Manchester United's Fred.

At the back, Brazil has one of the best central defensive partnerships in world football, with PSG's Marquinhos alongside the experienced Thiago Silva.

Full backs Danilo (of Juventus) and Atletico Madrid's Renan Lodi are consistent performers. While in goal, Premier League duo Emerson and Alisson are both top-class No1s. 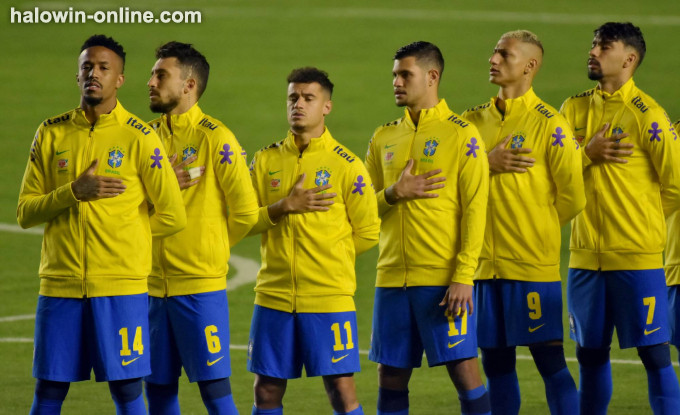 The major blip on Brazil's list of recent results was defeat (at home) to bitter rivals Argentina in the final of the 2021 Copa America. Since then, Tite's side went through the World Cup qualifying campaign unbeaten, including a gutsy 0-0 draw in Argentina in the penultimate game. Their most eye-catching display came in a 4-1 win over Uruguay, with Neymar and Raphina among the scorers. That game proved that Brazil's attacking players can be irresistible when they get in the flow and it's one of the reasons the Selecao are among the tournament favorites ahead of the kick-off in Qatar.

World Cup Group G won't be the easiest to navigate for Brazil. They face three opponents who, on their day, have enough quality to cause anyone problems.

First up, it's Serbia. Admittedly, the Balkan nation hasn't enjoyed much tournament success in recent years. They've qualified for three tournaments this millennium and failed to make it out of the group each time. But they boast some talented players, not least strikers Dusan Vlahovic of Juventus and Aleksandar Mitrovic, of Fulham.

Next, it's Switzerland, a well-drilled side who reached the quarter-finals of Euro 2020, beating World Cup holders France along the way.

Finally, Brazil faces Cameroon. Although unpredictable, they have undoubted quality in their ranks, particularly André-Frank Zambo Anguissa, a beast of a defensive midfielder who plays for Napoli, and Bayern Munich forward Eric Maxim Choupo-Moting.

Should the 5-time winners make it through the group (and, despite the potential banana skins, you'd expect they will), they'll face Portugal, Ghana, Uruguay, or South Korea. And in a knockout competition, you'd always back Brazil's stars to come up with at least one moment of magic.

It's early days in the 2022-23 season, but Neymar has so far been for Paris Saint-Germain. In the opening game of the French champions' Ligue 1 campaign, he netted once and set up a further three goals, including one assist that led Lionel Messi to score a show-stopping bicycle kick.

Reports in France suggest Neymar came back from his summer vacation 4 days early and in top condition, unlike last year, when he returned to training overweight. Since the start of July, sources say he's knuckled down to make sure he would be ready and sharp for the start of the season. Having a World Cup on the horizon has given him added motivation, and if he can continue his excellent form for club and country, opponents had better watch out.

The Real Madrid youngster was a star performer as his team won the La Liga and Champions League double in 2021-22. In scoring the decisive goal in the final of Europe's biggest club tournament, Vinicius proved himself to be a man for the big occasion and that will stand him in good stead for his first World Cup campaign.

The 22-year-old has a blistering pace and exceptional dribbling ability. There's no better demonstration of this than in Madrid's 2022 UEFA Super Cup win over Europa League winners Eintracht Frankfurt. The speedster put in a Man of the Match performance, causing plenty of problems for defenders with his sharp movement and skills on the ball.

Once Vinicius gets in his stride, there's no stopping him. He has all the attributes to be one of the standout players in Qatar.