In this FIFA 22 Predictions article, we assess the Three Lions' chances. We run the rule over their manager, examine his preferred style of play and check out the opposition they'll face in Qatar. We also pick out some of their key players, including potential Golden Boot winner, Harry Kane. 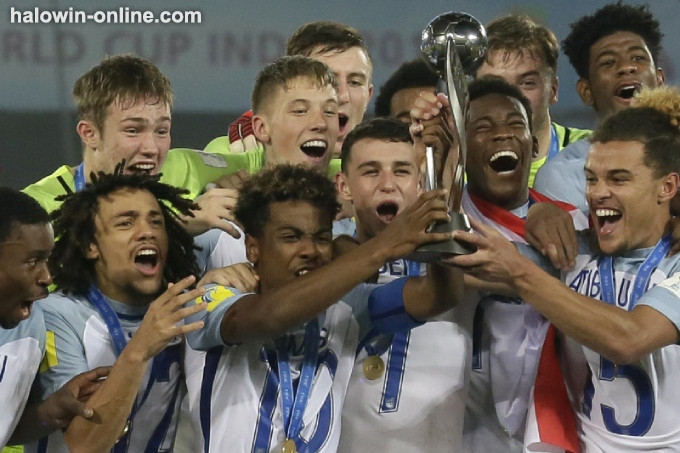 England reached the semi-finals at Russia 2018 and was beaten by Italy in the final of Euro 2020. Clearly, they've made steady progress under Gareth Southgate, but are they good enough to actually win this year's World Cup?

Known for his smart waistcoats, his thoughtful, balanced analysis, and his media-savvy approach, Gareth Southgate hardly put a foot wrong in his first few years as England manager.

In 2016 he took temporary charge of the national team after Sam Allardyce was dismissed having been embroiled in a newspaper scandal. Previously, Southgate had led the England Under-21s, and that experience served him well, as he had good relationships with several of England's younger players.

Given their upward curve of progression over those three tournaments, it wouldn't be unreasonable to think that this could finally be the year 'football comes home' for the Three Lions. But recent performances (which we'll come to later) have left fans voicing their concerns over Southgate's shortcomings.

Southgate had much success with his tried and tested 4-2-3-1 formation. Everton's Jordan Pickford is his first-choice goalkeeper, despite the continued good form of Arsenal's Aaron Ramsdale and Nick Pope, now of Newcastle.

His first-choice central defensive partnership is John Stones and Harry Maguire, although Stones isn't an automatic starter for his club Manchester City, and Maguire's form for Manchester United has attracted fierce fan criticism.

In midfield, Kalvin Phillips (now of Manchester City) and Declan Rice of West Ham should be first-choice. Although Borussia Dortmund's Jude Bellingham is a rising talent, Jordan Henderson is a serial winner, and Southampton's James Ward-Prowse is a set-piece specialist.

Harry Kane, if fit, will lead the attack - no question. Behind him, Raheem Sterling, Mason Mount, Jack Grealish, Bukayo Saka, and Phil Foden are among the many, talented options.

England's form in the UEFA Nations League this summer was a cause for concern. While there was a feeling that the players were shattered after playing as many as 50 games for the clubs during the season, the performances were listless and disappointing.

A 1-0 defeat in Hungary was followed by draws against Germany and Italy. In all three games, the Three Lions failed to show much creative spark. In their final match of the summer, they lost 4-0 at home to the Hungarians - one of their worst defeats for years.

That left fans questioning Southgate's tactics. In September - 2 months out from the World Cup - they face Italy and Germany again. Notch two victories and those same fans will once again start dreaming of lifting the trophy in Qatar. England faces Iran, the USA, and Wales in Group B, and on the face of it, all three opponents are very beatable. The problem is that all three also have the potential to cause Southgate's side problems.

Iran will be fired up for their opening game, influenced no doubt by frosty political relations between the two nations.

The USA held England to a 1-1 draw in their last World Cup meeting - Clint Dempsey canceling out Steven Gerrard's early goal in 2010.

And having qualified for the World Cup for the first time in 64 years, Wales would love nothing more than to inflict defeat on their more illustrious neighbors.

Should England navigate their way past those Group B banana skins, they're likely to face Senegal or the Netherlands in the knockout stages. Both would be formidable opponents.

At the time of writing, the Spurs striker has scored 184 Premier League goals in 284 matches, leaving him tied for 4th on the all-time list. He's also scored 50 goals in 71 games for his country, just 3 behind current record-holder, Wayne Rooney (who reached his total after 120 appearances).

Clearly then, aged just 29, Harry Kane's on course to break all sorts of scoring records. It's more than likely he'll net a few at this winter's World Cup, and he'll be one of the favorites to lift the Golden Boot at the end of the tournament (he won the prize in 2018, having scored 6 goals).

Not only is Harry Kane ice-cool in front of goal, he's one of the best passers in the English top flight. In 2021-22, he registered 9 assists - a total bettered by only 6 players. If he arrives in Qatar in good form, England has a very real chance of going all the way.

He may be only 19, but the Stourbridge-born star has been named Borussia Dortmund's third skipper behind Marco Reus and Mats Hummels, two of the most decorated and experienced players in the Bundesliga.

That speaks volumes about Jude Bellingham's maturity. But it also points toward his phenomenal talent. A box-to-box midfielder, the Birmingham City Youth Academy product has been one of BVB's most consistent players over the last two seasons. He's known for his pressing, his challenges to win back possession in key areas as well as eye-catching assists and goals.

Rumors are circulating that Liverpool is eyeing a move for the star. He'll be even more in demand if he can force his way into Gareth Southgate's starting XI in Qatar this November.