This FIFA 22 Predictions article makes a case for the Dutch to go to Qatar in 2022. We'll assess the manager, his preferred style of play, and the stars at his disposal. 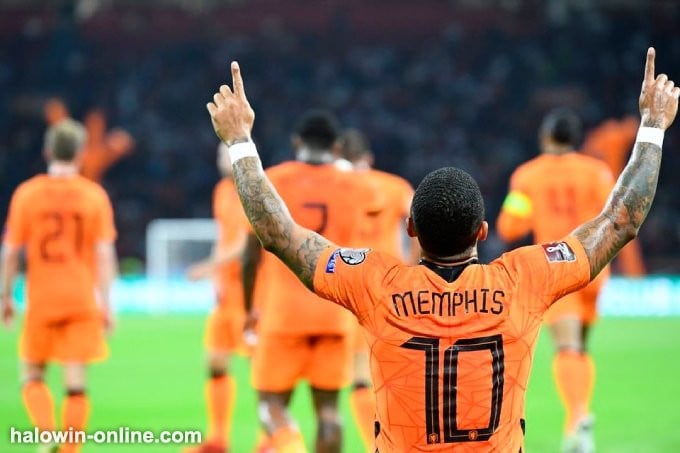 Playing at their first FIFA World Cup since 2014 (when they finished third), the Netherlands is more than just dark horses to win this year's tournament.

Manager Louis Van Gaal has assembled an exciting young squad with a handful of genuinely world-class players. Their record in qualifying was impressive and the signs are the former Ajax, Barcelona, and Manchester United boss has restored the Oranje to a side capable of making it deep into the knockout stages of a major tournament.

This year's World Cup is likely to be the last hurrah for one of football's most colorful characters. In April, van Gaal revealed he had undergone 25 radiation treatments to treat prostate cancer. Unbeknownst to his Dutch players, he had been conducting training sessions while wearing a catheter and colostomy bag, and after each session returned to the hospital where his treatment continued. It was a remarkable admission from a coach who's considered to be one of the game's greatest ever.

Now aged 71, van Gaal has won it all. Between 1991 and 1996, he lifted three back-to-back Eredivisie titles, the UEFA Cup, and the UEFA Champions League with Ajax. In 1997 he won the Spanish league and cup double with Barcelona. He once again weaved his magic with AZ Alkmaar back home in the Netherlands in 2009, helping the side become unlikely Eredivisie winners. A year later he won the Bundesliga with Bayern Munich and led the team to the Champions League final. An FA Cup win with Manchester United followed in 2016.

During his previous spell as Dutch national team head coach, van Gaal guided the Oranje to third place in the 2014 World Cup finals. Clearly, he has the pedigree to help his country become winners for the first time. And there would be no more fitting way for him to bow out of the game than lifting the trophy. 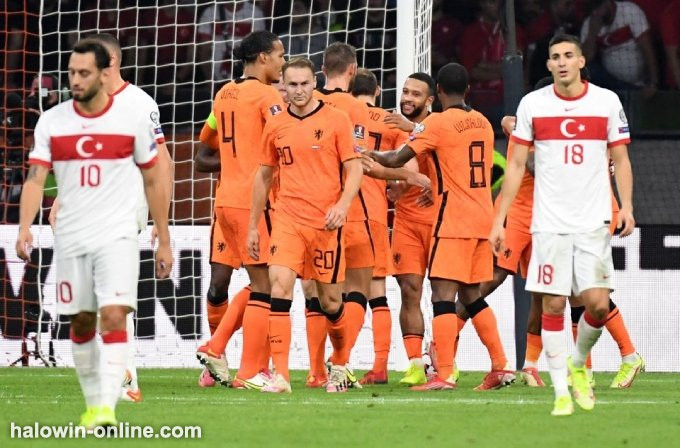 Louis van Gaal likes his teams to dominate the ball, with players finding pockets of space between the lines and building possession through the thirds of the pitch. He believes that any one player on the ball should have a range of passing options ahead of him.

In midfield, Barca's Frenkie De Jong is a guaranteed starter, usually accompanied by Georginio Wijnaldum (although the Roma man is currently struggling with injury) and Ajax's Davy Klaasen.

At center back, Virgil van Dijk of Liverpool and Bayern's Matthijs de Ligt form one of the strongest defensive partnerships in world football. Inter Milan right-back Denzel Dumfries and the evergreen Daly Blind are usually first-choice full-backs. At 33, goalkeeper Jasper Cillessen is likely to be the oldest member of the Dutch starting XI.

Since taking the Netherlands job in August 2021, van Gaal's record is impressive. Under him, the Dutch have played 13, won 9, drawn 4, and scored 38.

Arguably their most impressive victory came in the Nations League, where they hammered neighbors Belgium 4-1 in Brussels, a game in which two-goal hero Memphis Depay was at his brilliant best.

The Netherlands kick off their Qatar 2022 campaign against Group A rivals Senegal, in what has the potential to be one of the best games of the opening round. The African champions will undoubtedly present a sterner test of van Gaal's men than their other pool opponents, hosts Qatar, and Ecuador.

In fact, you'd expect both the Dutch and Senegalese to progress comfortably. Should they make it through to the knockout rounds, the Oranje's first obstacle will come from Group B and depending on who finishes where in their respective tables, that would mean a showdown against England, Wales, USA, or Iran. A Netherlands v England round-of-16 match is a mouth-watering prospect.

Virgil van Dijk is the Dutch captain and has undeniable world-class talent. But in Memphis Depay, the Netherlands has an attacking figurehead who's prolific at the international level. And he fits van Gaal's system like a glove.

Since the veteran head coach returned to the national team job in 2021, the Barcelona man has played 13 and scored 14. Throughout his international career, Memphis Depay has netted 42 goals in 80 appearances, notching 4 in 8 matches at major tournaments.

These stats show that the speedy marksman has the quality to fire the Dutch all the way in the competition. In fact, he's a good outside bet to lift the Golden Boot at the end of the tournament.

At 24, Steven Bergwijn may not be the youngest star making his debut appearance at a World Cup finals. But now feels like the moment from which his career really takes off.

Having signed for Spurs in 2020 - Steven Bergwijn had fallen down the pecking order at the Tottenham Hotspur Stadium, with Son Heung-min, Harry Kane, Dejan Kulusevski, and Richarlison all ahead of him in manager Antonio Conte's plans. No doubt egged on by Louis van Gaal, Steven Bergwijn forced a move back to the Netherlands this summer in search of regular first-team football. Ajax paid £28.13 million to secure his services and the move already looks to have paid off spectacularly.

In his second Eredivisie appearance for the Amsterdam club, Steven Bergwijn scored a hat-trick. His pace, power, and clinical finishing ability were clear to see as Ajax hammered Groningen 6-1. There's no reason why that form shouldn't continue, and alongside Memphis Depay, he has all the attributes to shine on football's biggest stage.