Whilst there may not have been any upsets on day five of the World Cup, there was still plenty of interest in the four matches, not least in the favorites making their belated appearance in the tournament.3

Switzerland owed victory over the West African country to a player, Breel Embolo, who was born in Cameroon itself, but who moved with his family when he was six years old to Europe and was granted Swiss citizenship in 2014. 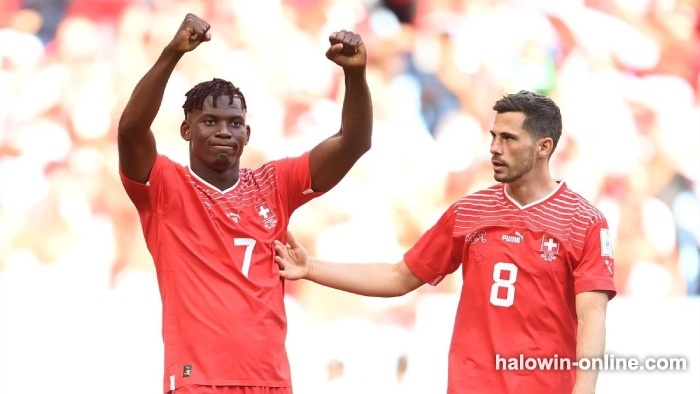 He has set up a Foundation that helps disadvantaged children back in Cameroon and, when he scored the only goal of the game, shortly after half-time, applying a close-range finish, he refused to celebrate.

In truth, Cameroon should have been ahead by then, but wayward finishing let them down.

Thereafter Switzerland was the side that had the better chance to extend their lead, but Cameroon never gave up on another day when they might have gotten something out of the game.

Group H had always looked like one of the most competitive groups on paper, with no obvious favorites, and that was borne out by the opening match between South Korea and Uruguay that ended in a goalless draw.

It was a game of few chances, although the South Korean captain Hwang Ui-jo should have done better when the ball fell to him in front of the goal, only for him to blaze his shot over the bar. At the other end, Uruguay captain Diego Godin hit the post with a header from the corner. 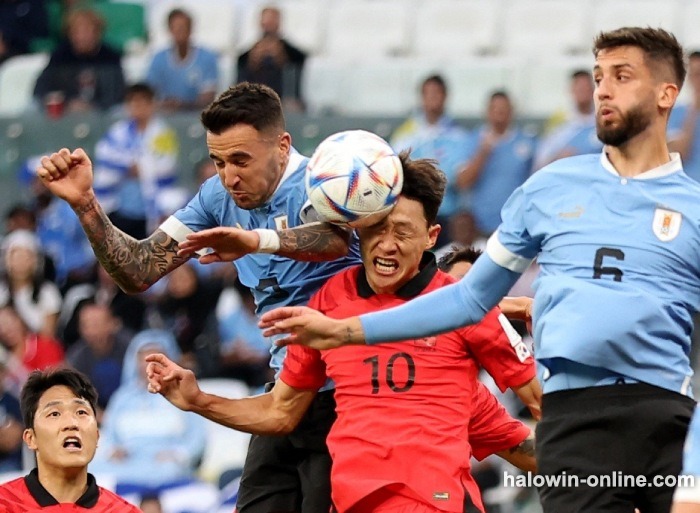 South Korea, who were grateful to have Heung min Son back in their ranks, albeit wearing a protective face mask, had the better of the first half, but Uruguay became more dangerous as the match wore on, especially Darwin Núňez whose pace and power off the left flank began to cause increasing problems.

In the end, though, both had to settle for a point.

Whilst most games in the World Cup so far have been played in good spirit, the game between Portugal and Ghana developed a real edge to it, and, on another day, at least one player might have seen red.

The headlines before the match were dominated by Cristiano Ronaldo, the Portuguese captain, making his first competitive appearance since giving his now infamous television intervention and subsequent contract termination by Manchester United.

He had chances in the first half, but his big chance came in the 65th minute when he won a penalty, which appeared a generous decision by the match referee. Ronaldo took it himself, thrashing it home and, in the process, became the first man to score in five consecutive World Cups. 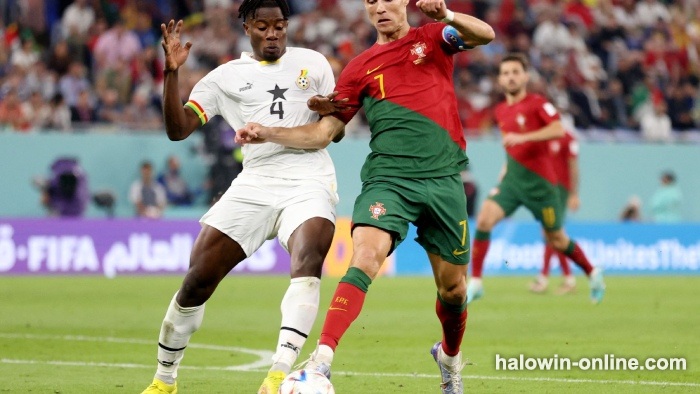 That sparked Ghana into life and they poured forward in search of an equalizer, which André Ayew supplied from close range after Portugal failed to cut out a cross from the left.

However, the Africans were then guilty of switching off at the back, allowing Joāo Felix to ruin behind them and clip home a finish to restore Portugal's lead. When substitute Rafael Leāo added a third shortly afterward, the match seemed as good as over.

Ghana, though, had other ideas and pulled a goal back when Osman Bukari headed home.

That set up a frantic finish which almost had a dramatic denouement when Portuguese goalkeeper Diego Costa put the ball down for a goal kick, unaware that Inaki Williams was lurking behind him. Williams beat him to the ball but slipped at the vital moment, and Portugal was able to scramble the ball clear.

Brazil began the World Cup as pre-tournament favorites and fully justified that status with a convincing win over Serbia, which, but for the intervention of the woodwork and some wayward finishing, would have been far more convincing.

Serbia was second best in all areas of the pitch but bravely resisted the yellow shirts in the first half, relying on rugged defending with barely any time to pose any attacking threat of their own. 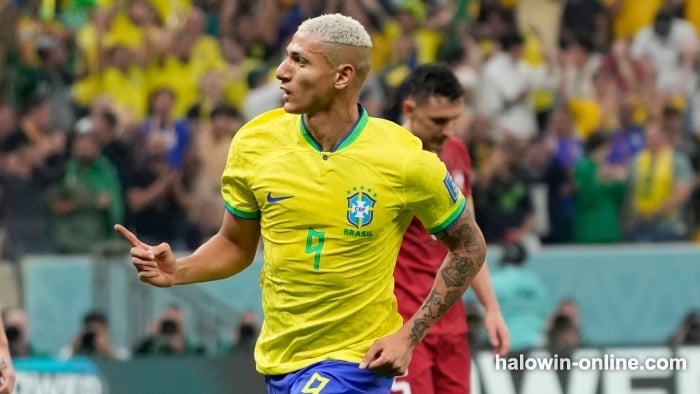 Vanja Milinkovic-Savić in the Serbian goal kept defying the Brazilian attackers and managed to get to half-time with the scores level.

But like a boxer gamely hanging on against a faster and more powerful opponent, the pressure was bound to tell in the end, and, in the 62nd minute, the pressure told.

Neymar worked an opening in the box, but Vinicius junior took the ball off his toes and fired in a shot that Milinkovic-Savic could only push out to the feet of Richarlison to bundle home.

Eleven minutes later, the Tottenham forward found the net again with what was arguably the goal of the tournament so far.

Vinicius Junior played the ball into him with his back to the goal, but he swiveled before producing a scissor kick that flew into the net.

Brazil came close on a number of occasions to doubling their lead, but they did not need it, with goalkeeper Alisson Becker not having a save to make the match. And, to rub other teams' noses in the fact that Brazil has strength in depth, they were able to bring on Gabriel Jesus, Antony, and Rodrygo as second-half substitutes.

The only downside on what had otherwise been a perfect night for them was the sight of Neymar hobbling off the pitch in the second half, and it was later confirmed that he had suffered an ankle injury.

He is due to have a scan on Friday, but team doctors are confident at this stage that it will not affect his further participation in the World Cup.

FIFA Recap: What happens next in the 2022 FIFA World Cup

In Group G Brazil will next face Switzerland on Monday, whilst Cameroon will take on Serbia. On the same day in Group H, South Korea will meet Ghana and Portugal Uruguay.

Now every team has played at least one game at this year's World Cup, Brazil has justified its status as a favorite. France and Spain also looked impressive in their games, but Argentina and Germany both have work to do if they even want to be involved in the knock-out stages.