Brazil will play Croatia in the quarter-finals of the FIFA World Cup 2022 on Friday, December 9th. The two teams have played each other four times, with Brazil winning three of those games. Croatia has never beaten the Brazilians but did draw their first game, a friendly in August 2005. 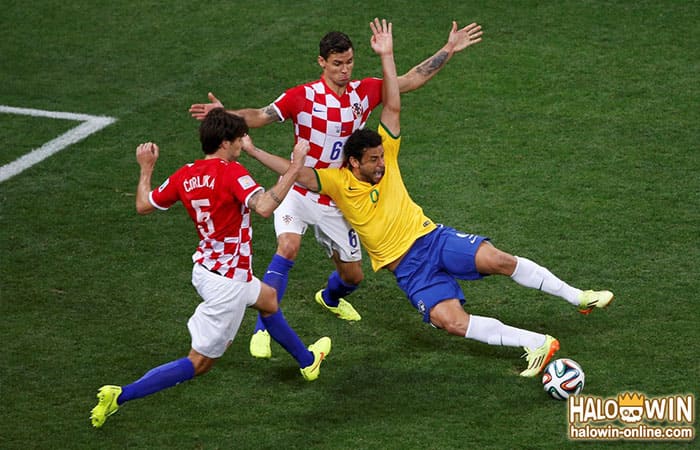 Their most recent meeting four years ago was also friendly, with Brazil winning by two goals. In between those matches, there have been two previous meetings at World Cups.

In World Cup 2006, when the tournament was staged in Germany, the two teams were drawn against each other in Group F. Their match took place in Berlin and was one by Brazil due to a single goal scored by Kaká.

In World Cup 2014 Brazil was the host and the two teams again found themselves in the same group (Group A). In what was the opening game of the tournament, played in Sāo Paolo. Brazil won 3 – 1, with Neymar scoring twice for the home side, and Oscar adding a late penalty. Croatia got on the score sheet courtesy of an own goal.

It means no Croatian player has ever scored a FIFA World Cup goal against Brazil. That needs to change if they are to win this match. 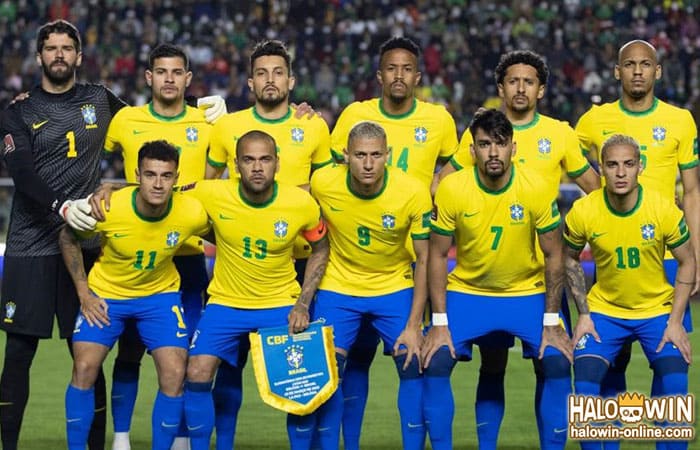 Brazil arrived in Qatar as the favorite to win the 2022 FIFA World Cup, lifting the trophy for a record sixth time, and little has happened since then to alter their status.

They beat a tenacious but limited Serbia in their group opener thanks to two goals from Richarlison, the second a brilliant scissor kick. They will have to be patient against a well-organized Swiss team, but Casemiro's last-minute goal was enough to secure a well-deserved victory.

After qualifying effectively, they could have effectively rested much of their starting line-up for their final group game against Cameroon, but lost the match, their first defeat since last year's Copa America final loss to Argentina.

There is a relief. Cameroon was hardly a threat, scoring only in stoppage time, while Brazil had ample chances to win the game comfortably.

All the regulars are back for the round of 16 against South Korea, including Neymar, who missed two games with an ankle injury.

They scored four goals in the first half, playing the best attacking, smooth football in the World Cup so far, and Richarlison continued his personal World Cup goals.

They breathed a sigh of relief in the second half, got South Korea back on track (they scored a consolation goal), and felt guilty at times for overplaying and showing off. However, if they need to score another goal, the potential always seems to be there.

The downside is that they're missing Gabriel Jesus and Alex Telles to injury, but their roster is so deep it's not a serious hindrance. 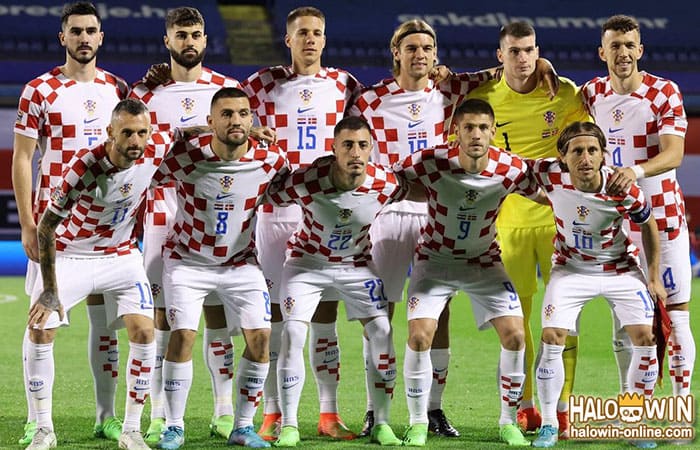 Croatia has one of the oldest squads in Qatar, and they have the nucleus of the team that reached the final in Russia four years ago, including Luka Modrić, Ivan Perišić, and Marcelo Brozović.

What they lack is a top-class striker like Mario Mandzukić, who scored some important goals for them in 2018, although he is now an assistant coach with the national team.

That makes them a functional team to watch, and the only time they have played with any flair was when they responded to going a goal down to Canada by getting their passing game going.

Instead, they ground out goalless draws against Morocco and Belgium and had Romelu Lukaku had his shooting boots on, may not even have qualified for the group stage.

In their round of 16 games against Japan, they were out-run by their opponents in the first half and deservedly found themselves a goal down, before equalizing.

But, despite being on top, they appeared to lack the energy and ambition to press for a winner and were seemingly content to play for penalties.

This may have been a deliberate tactic. They reached the final in Russia four years ago, after all, three of their knock-out games went to extra time.

Certainly, their greater experience showed in the penalty shoot-out, with Japan missing three of their attempts on goal, with goalkeeper Dominik Livaković the hero for them. 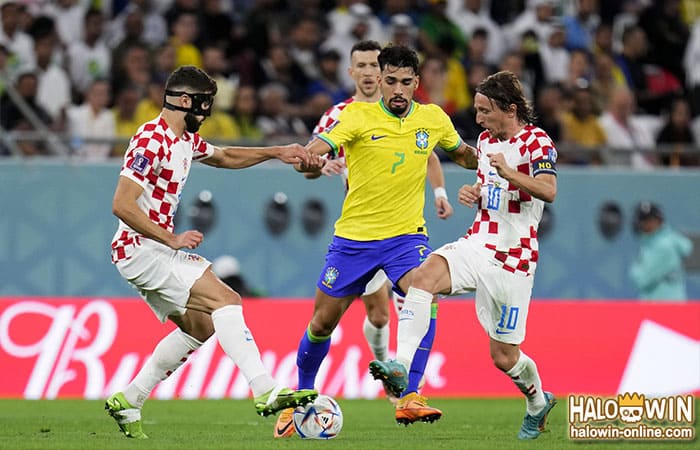 This is a match between two football styles, between flair and individual skill and pragmatism and collective effort.

Whilst there are some who believe that Croatia have little chance and they might as well pack their bags now and head home.

That, though, is to ignore some of the realities of tournament football and the fact that Brazil does not have a good record against European teams in the knock-out stages of World Cups. Since they last won it in 2002, every one of their subsequent campaigns has ended in defeat by a team from Europe.

Nor should Croatia themselves be discounted, because they have players used to playing in high-pressure games. They will not panic and will be content to probe for openings as and when they arrive.

In fact, they may already have a game plan which is based on them taking the match to extra time and penalties when they believe that they might have an edge.

Brazil, for their part, cannot expect to have the same freedom and space that they enjoyed against the South Koreans, The Croatians will try and compact the midfield and cut off the supply lines to the wings.

However, Brazil has enough talent and firepower to win this match in 90 minutes. And, should it be needed, they have the talent on the bench that can help them swing the game their way.

The problem, ultimately, for the Croatians is that it is hard to see exactly where their goals are going to come from in this match.

Playing for penalties is a high-risk strategy and one that is by no means guaranteed to come off, especially against a team like Brazil.