The Germany FIFA team's journey in the 2022 FIFA World Cup ended early, eliminated at the group stage for a second successive tournament.

For a nation, which, in its various guises, had made the knock-out stages of every tournament since 1954, it represents a considerable fall from grace.

And, whilst the inquest which has already begun has pointed to failings in the country’s youth system, there has also been a considerable debate about the goal that eventually sealed their fate, which did not even come in their game against Costa Rica.

Instead, it occurred in the match between Spain and Japan that was taking place at the same time, as did all the final group games. 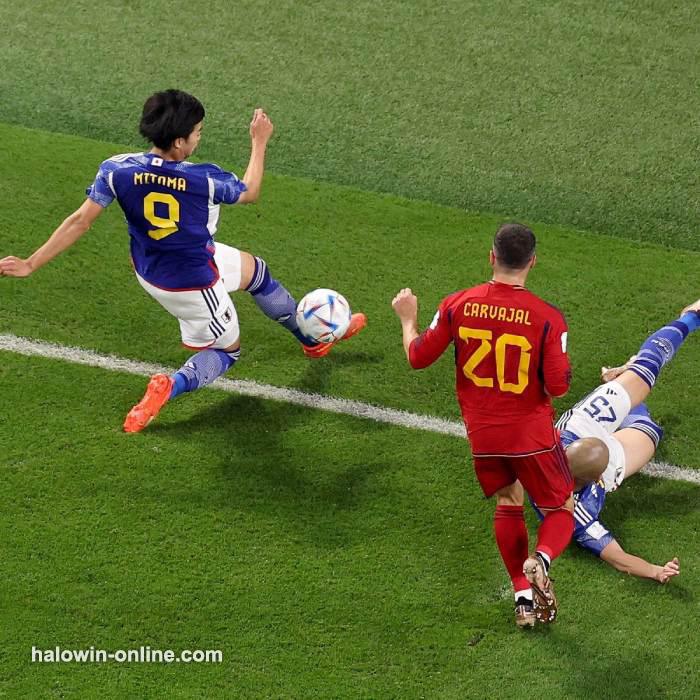 Spain had taken a first-half lead and, with Germany also ahead as well, it seemed that the two European giants had the qualification for the round of 15 in their hands.

All that changed, though, when Japan equalized and then, in the space of three minutes, went ahead in a controversial fashion. A ball was played across the face of the Spain goal, and, appeared, to the naked eye at least, to go out of play, before it was pulled back for Ao Tanaka to bundle in from close range.

After a lengthy VAR check, however, the goal was allowed to stand and, it ultimately proved decisive. Had it been ruled out, given that Germany subsequently won their game with Costa Rica, then they would have advanced to the round of 16, and not Japan.

This has already been a World Cup full of protests and debates, but, arguably, on the pitch, the decision to allow the goal has excited more controversy and debate than any other.

According to the laws of the game, a goal-kick should be awarded when the whole of the ball has crossed the goal line, and, whilst this is clear as a principle the interpretation, in this case, has proved to be anything but.

It depends on the angle from which the incident is viewed because whilst from some angles the ball was clearly out, when seen from above, part of the circumference of the ball remains in play. And, because the VAR officials had seen an angle that showed that the slightest curvature of the ball was on the goal line, they instructed the referee to allow the goal.

That has since promoted many people to conduct an online debate about the correctness of that decision and there remain a substantial number of people who believe that an error was made,

VAR was meant to put an end to such controversies, but, instead, it has only perpetuated them. Germany, though, has a history in World Cup finals of goal-line controversies, dating back to 1966 when, as West Germany, they reached the final to play the hosts England at Wembley.

The match had gone into extra time with the scores level at two each, when, in the 101st minute, England striker Geoff Hurst fired in a fierce shot that hit the crossbar and bounced down.

In an age before the use of technology, it was left to the match officials on the day to decide whether the ball had bounced over the line or not, and ultimately the goal was awarded on the advice of the Russian linesman Tofiq Bahramov, who was standing 45 yards away at the time, and not directly in line with the goal.

In the 56 years since the mini cottage industry has grown up debating the issue of the legitimacy of the goal, with the use of modern enhancements and technology to get a fresh perspective on the issue.

Despite all this time, there is still no definitive answer and again it all depends on the angle. There have been some images produced which show that the ball clearly crossed the lines and others that purport that it did not.

And it also depends on the perspective of the viewer. England fans are keen to protect the legacy of their victory whilst German fans will want to perpetuate the narrative that they were robbed.

This debate shows no signs of abating, even if most of the players who appeared for their teams that day have sadly passed away since. 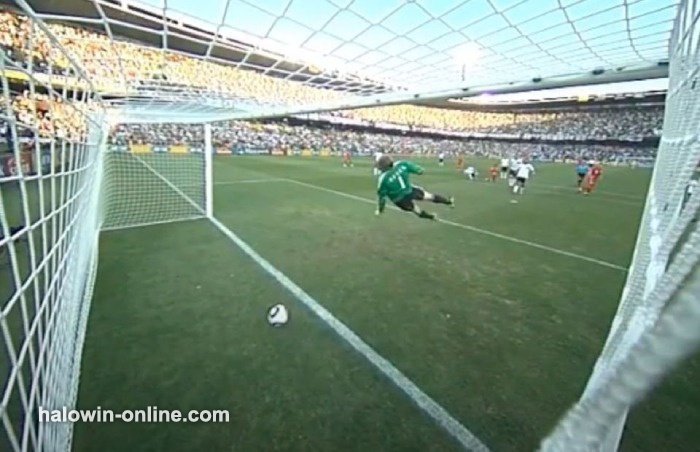 However, to show that there is sometimes karma in sport, Germany had the benefit of a goal-line decision that went their way when they met England again, 44 years later, in the round of 16 in Bloemfontein South Africa.

The Germans had taken an early two goal lead, before England pulled a goal back and then thought they had equalized when midfielder Frank Lampard’s shot hit the bar and bounced down, only for the German goalkeeper to grab the ball and quickly carry on with the game.

Again the angle of the officials meant that they were not in the best position to make the correct decision, and certainly not the referee, who faced on to it and would only have seen the shot and the goalkeeper’s reaction to it.

There is less debate about this goal, even in German eyes. The ball had clearly crossed the line, but, in the absence of goal-line technology, the officials on the day missed it. The incident was one of the reasons FIFA decided t to introduce the technology for the World Cup in 2014.

However, it should also be said that the Germans were by far the better team on the day and they deserved 4 -1 winners on that occasion. 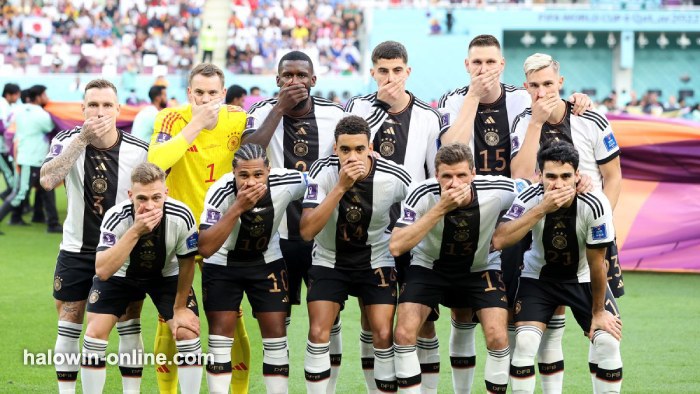 Ultimately, although Germany may bemoan the application of VAR in this 2022 FIFA World Cup, they have only themselves to blame for the fact that they crashed out of the World Cup early, and ultimately paid the price for failing to kill off Japan in their first group game when they were well on top.

That ultimately meant that their fate was in the hands of others when it came to the final game.

And it has also given online conspiracy theorists something to talk about whilst German fans are waiting for the next World Cup to come along.