The teams playing are Japan 1-1 Croatia, Brazil 4-1 South Korea. Japan finally had the chance to reach the quarter-finals for the first time, and Korea had also stepped foot into the quarter, but sadly today marked the end of the Asian team for the 2022 FIFA World Cup. 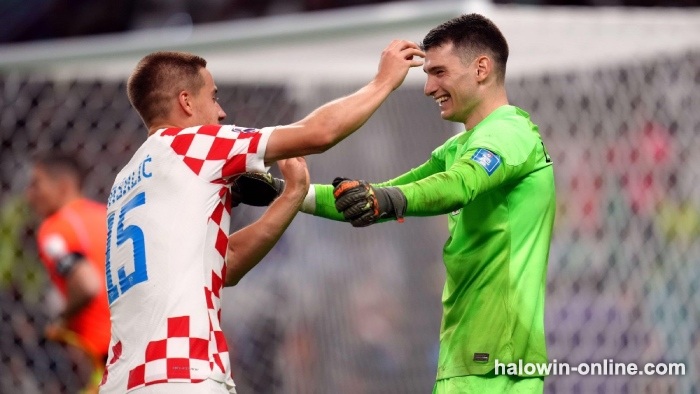 It was a case of so near so far, for Japan, who had the chance to reach the quarter-finals for the first time in their history only to founder on the greater side of a Croatian side that found themselves in familiar territory in this match.

They had reached the final in Russia four years ago, after three times going to extra time in their knock-out games and, when this game went to penalties, they were able to draw on all that experience to see them through.

In the end, the pressure told on the Japanese side, who could only convert once from 12 yards, with Croatian goalkeeper Dominik Livaković saving three of their efforts.

And that was hard on a Japan side who were on top in the first half and might well have led before they did score, just before half-time. Croatia was unable to clear their lines and Mayo Yoshida knocked the ball down for Daizan Maeda to fire home, the goal given despite a VAR offside check.

That prompted a lethargic Croatian side into action and they equalized when Dejan Lovren's cross was met by the head of Ivan Perišić, and his header flashed past the goalkeeper. In the process, Perišić became his country's all-time top scorer in tournament football.

Both teams then began to drop their pace and the quality went out of the game as the full-time whistle and extra time approached.

The omens were for the Japanese at that stage. The only other time in their history they had gone to extra time in a World Cup match, they had been beaten on penalties by Paraguay in 2010 in a round of 16 games.

Croatia, by contrast, had won seven of their eight previous games which had gone the full distance.

Japan had a big chance to retake the lead in the extra 30 minutes, but Kaoru Mitoma saw his fierce drive pushed over by Livaković, whilst at the other end, a looped header from Marko Livaja was just gathered in time by Shuichi Gonda.

There was still time for one more chance for Croatia, but Lovro Majer could not direct his shot on target.

Japan went first in the penalty shot out but missed the first two and there was no way back from there. In truth, Croatia was fortunate to win but, sometimes there is no substitute for experience. 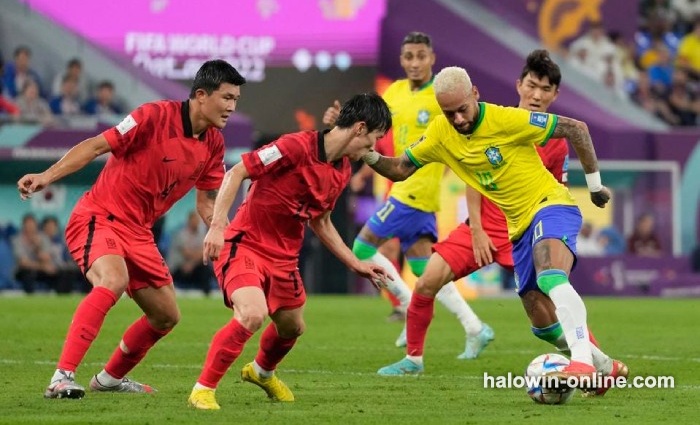 If the result of the first game was in doubt until the penalty shoot-out, the outcome of the match between Brazil and South Korea was never in doubt by the time Brazil took the lead against South Korea.

In truth, the final score-line was flattering to the Asian team and could have been much bigger had not the Brazilians taken their foot off the gas in the second half and indulged in some unnecessary show-boating.

However, they had already done more than enough by then to reaffirm their status as World Cup favorites. South Korea played gamely and never gave up, but could not cope with the pace and fluidity of their opponents, who seemed to always have space in which to move.

And it was one of these gaps that Raphinha exploited in the seventh minute to skip down the right-hand side and he cut the ball back to find Vinicius Junior at the back post. He took a touch, composed himself, and passed the ball past the defenders on the line.

Things soon got worse for the South Koreans when they conceded a needless penalty, with a defender attempting to clear the ball unaware that Richarlison was coming in from behind, and he tripped the Brazilian forward. Neymar took responsibility for the spot kick and he calmly slid it to the goalkeeper's left.

It was his 78th goal for Brazil, and he is now just one short of Pelé's all-time record for Brazil.

Richarlison had already marked his World Cup by scoring one of the goals of the tournament so far with his scissors kick against Serbia. But he arguably topped that in the 29th minute of this match. Whilst the ball was in the air on the edge of the box, he juggled it three times with his head, then brought it under control, slipped the ball inside to Thiago Silva, and then collected the return to finish off the move. 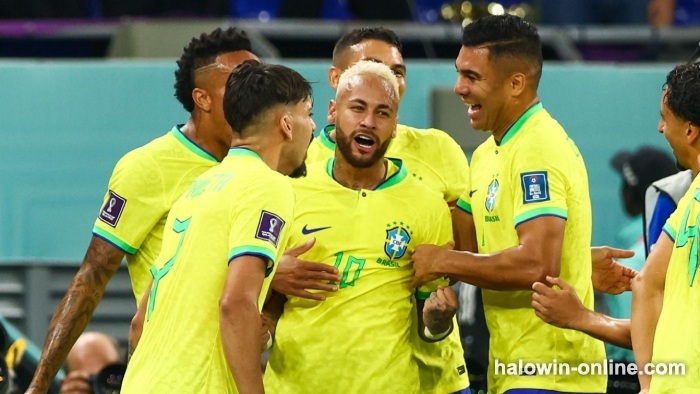 The Brazilians were not finished yet, and another flowing move saw the ball arrive at the feet of Vinicius Junior, who looked up and dinked his cross over for Lucas Paqueta to add the fourth with an accurate volley.

By this time, even coach Tite was joining in the dancing celebrations on the touch-line.

Although South Korea was being out-classed, they kept plugging away and might have pulled a goal back early in the second half, when Heung-min Son found his feet in the 18-yard box, only for his shot to hit Alisson on the shoulder.

They did pull a goal back, though, through substitute Paik Seung-ho who fired in from 25 yards after the ball fell to him from a corner.

On another day, though, Brazil would have been out of sight by then, and Raphinha could have had a second-half hat trick.

So comfortable was Brazil in the closing stages, that they even subbed off Alisson, giving third-choice keeper Weverton a brief taste of World Cup action.

FIFA Recap 2022: What Happens Next

Brazil will play Croatia in their quarter-final on Friday, December 9th. After this display, the Brazilians will start heavy favorites, although the Croatians are unlikely to afford them the time and space that the South Koreans gave them.

Croatia's best tactic might be to try and keep it tight and try and play for the extra time and penalties in which they excel.