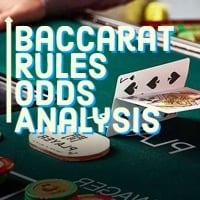 Basic Baccarat rules, Baccarat betting odds, Baccarat stake analysis, and Baccarat card rules. If you are new to Baccarat, this is the article for you to learn from before you play online Baccarat.

Baccarat generally uses 6-8 decks of cards in casinos, 8 decks in Macau, and 6 decks of cards on casino curses. With an average of about 60-80 rounds in 1 card shoe, regardless of the suit, cards below 10 points are counted according to their face value. Card Ace = 1 point, 10 points and face cards are all = 0 points, and there is no busting rule 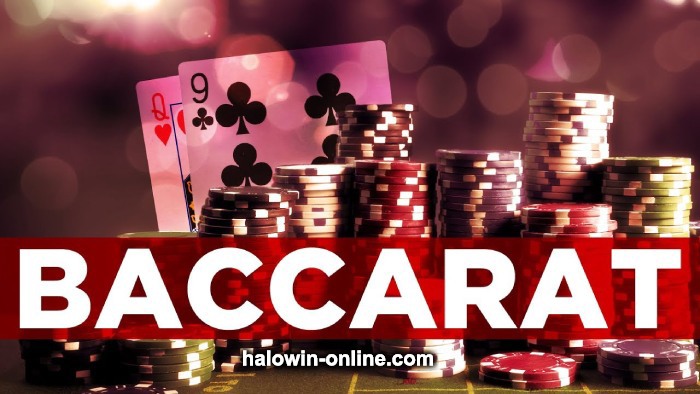 1. Both Banker and the Player each get 2 cards, if there is no winner, the player will get another card first, until whoever gets the number near to 9 points will win. If the points of both are equal, it will be considered a tie, you can choose to add more bets.
2. According to the following rules, the banker and player don't necessarily need the third card. If the player has equal or under five points, they will need another card.

3. As for Banker to ask card(H) or not (S) take a look at the following chart.

The one with the bigger point wins.

Whether Banker or Player has over 8 or 9 points, the game is over.

WhetherBanker or Player has over 6 or 7 points, the game is a tie.

Baccarat is a kind of guessing game. Betting on the banker (BANKER) or betting on the player (PLAYER) is completely determined by personal subjective judgment, and there is no scientific theoretical knowledge as the basis for betting.

Even so, many people have summed up some principles of betting methods based on years of experience, and do some analysis here for the reference of players who like to play this game.

During the baccarat game, situations such as LONG BANK, LONG PLAYER, and CHOPCHOP often occur. According to this phenomenon, many players will continue to buy the banker, buy the idler or buy the single jump.

For example, if the banker wins four hands in a row, most gamblers will still bet on the banker for the fifth hand.

There are three and four, which is often said by many players. It means that there are three dealers (or three players) in a row, then the fourth card must also be the banker's win (or player's win), which is actually nonsense.

There is no theoretical basis. If there is a certain truth, it is completely a psychological effect, just like betting on Long Banker or Long Player.

When there is no Long Banker or Long Player, many players like to bet on the same winner as the previous game.

This is actually a regular guessing game because the biggest advantage of playing baccarat is that you don't have to play every hand. Guessing has a better chance of winning than random guessing.

From the perspective of the game itself, baccarat is a game with the greatest chance of winning money for players in the casino (blackjack theoretically allows players to have more chances of winning than the dealer, but in the actual process of playing cards, it is affected by many other factors and other gambling. Influenced by customers, it is easy to reduce your chance of winning).

But the probability is still lower than that of the casino, so if you want to win money, the most important thing is not how you bet, but when to stop.

The most common situation at the baccarat table is that the gambler plays for too long, and all the money won at the beginning will be lost, and he will have to take his own capital. Because guessing games, winning or losing usually depends on a person's mood and psychology.