There are nine standard symbols in this online slot including a trash can, a firefighter, four playing card symbols, a spacecraft, and two characters including the bomber. The wild symbol is in the shape of a bomb. This is the most valuable symbol you can find in X-Bomber and it also replaces missing basic symbols as long as it can help you form a winning line. If you land three, four or five hydrant scatters anywhere on the reels, you will activate between 15 and 30 Free Spins. At random, extra wild symbols can appear on the reels in the free spins round. 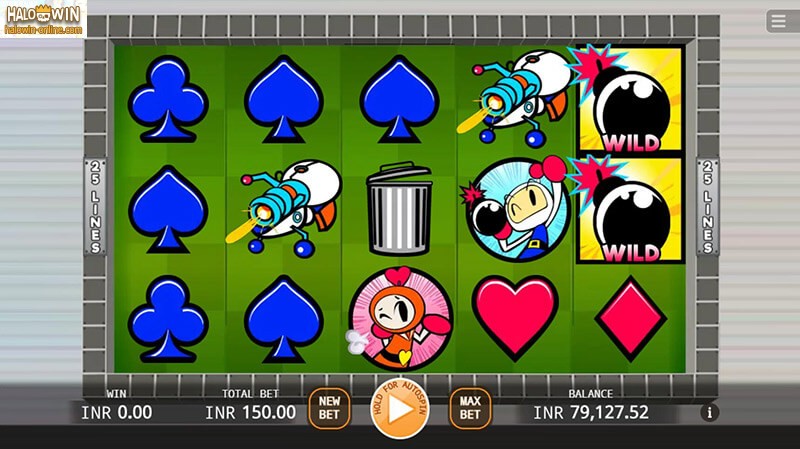 X-Bomber takes its theming from the classic SNES game series Super Bomberman. The slot is both retro and modern in that it combines simplistic elements, reminiscent of these early video games, with the bold, bright graphics of these characters that remain timeless.

The action takes place on a vivid green reel set against a plain backdrop of what appear to be steel shutters. The symbols are incredibly bright and the whole game has a pleasing aesthetic despite, or maybe because of, its relative simplicity. The symbols themselves are a mix of traditional playing card suits, in blue and red, bins, and characters inspired by the box artwork from Super Bomberman with an interesting firefighting theme added in. The scatter symbol is a traditional red fire hydrant on a bright blue background. This intriguing mix suggests a version of Bomberman that never came to be and manages to look like a whole lot of fun.

How To Play X-Bomber Slot Machine

It's all about the bombs in KA Gaming's colorful, cartoonish X-Bomber slot. Join our two cute heroes as they throw bombs to beat the enemy and win the treasure. The 5x3 grid sits on a neutral gray background, which really makes the colors on the reels pop. Card suits are the low-paying icons, while the higher-paying symbols are a trash can, fireman, cannon and our 2 heroes. The bomb is the Wild. It helps you land those wins by substituting for all other symbols except the fire hydrant Scatter. Landing 3 or more Scatters rewards you with 15 to 30 Free Spins. This is where the fun really begins. During these Free Spins, one of our bombers randomly appears and throws bombs onto the reels, transforming non-wild symbols into Wilds. These either help to make a win straightaway, or they trigger unlimited re-spins, during which all wilds become sticky and stay put until there's a win! 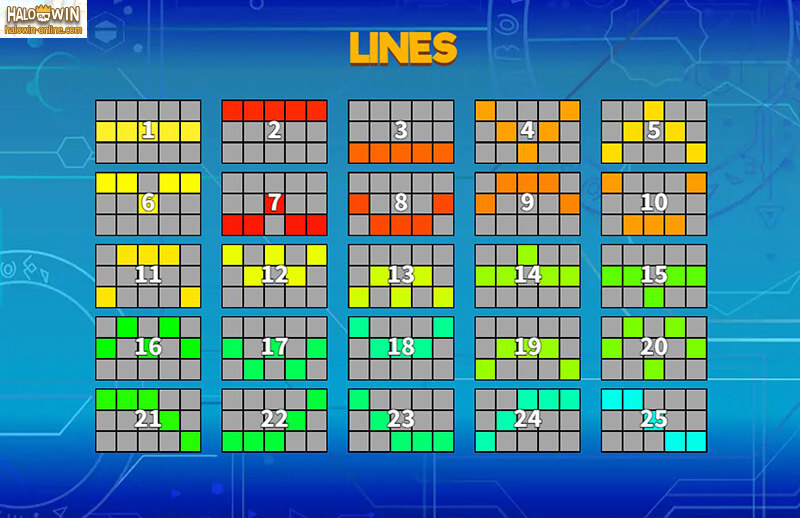 Stacked Wilds - stacked wilds on reels two to five can lead to some impressive wins.

During the free spins bonus round, Bomberman can randomly appear and transform regular symbols into wild symbols. Transformed wild symbols will remain in place until a winning spin. The free games feature can be retriggered during the bonus round in the same manner as in the base game. 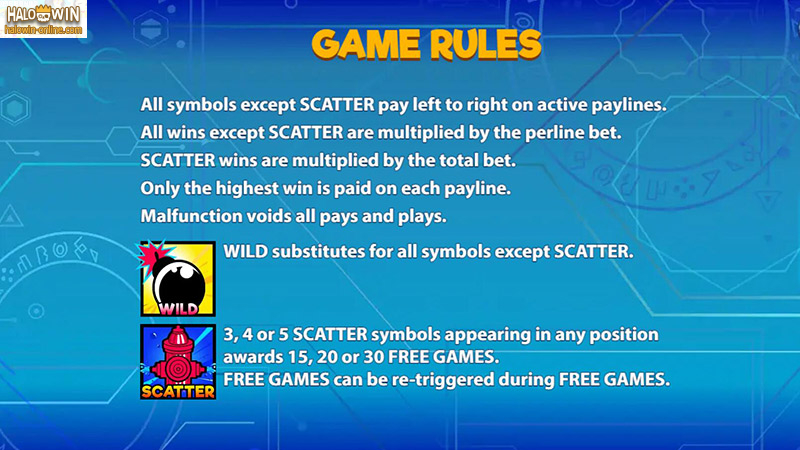 There are nine-win symbols in X-Bomber plus a wild symbol, and a paying scatter symbol.

The game is played on a fixed 25-win line grid with all wins paying from left to right.

The highest paying symbol, aside from the wild symbol, is Bomberman himself, five of which pay X1000 when played to max stake. A minimum of three matching symbols are required to generate a return. 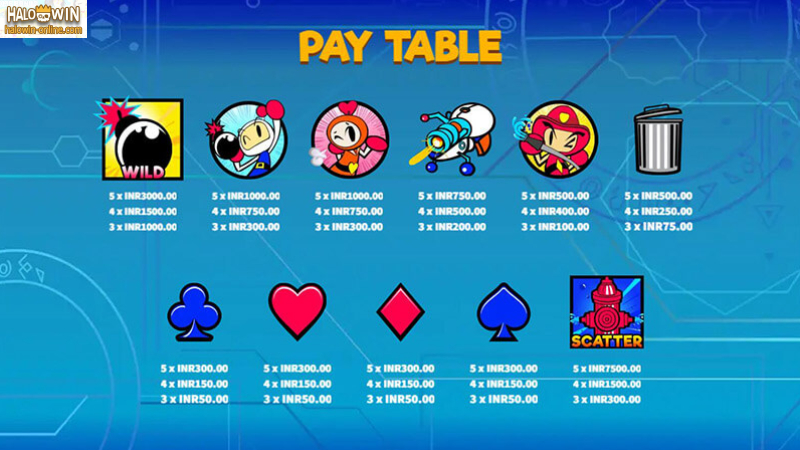 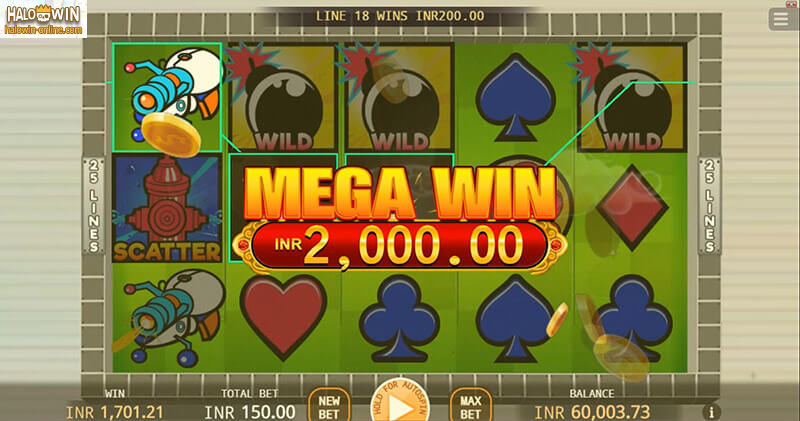 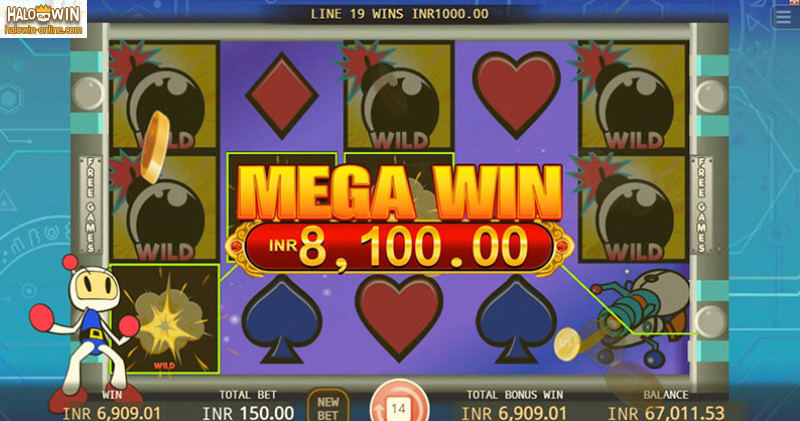 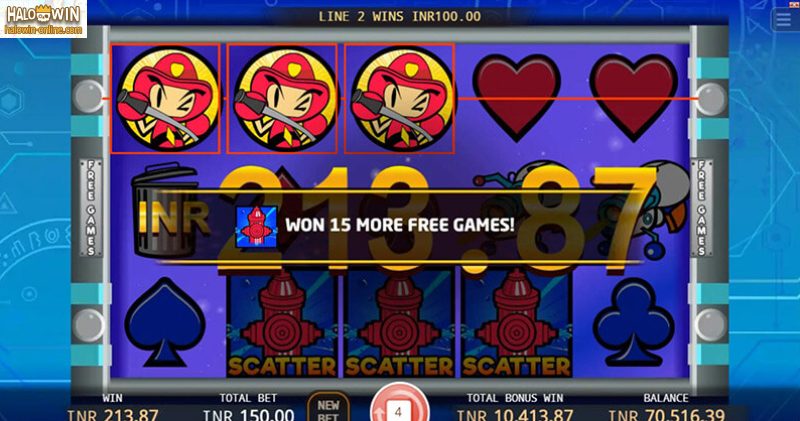 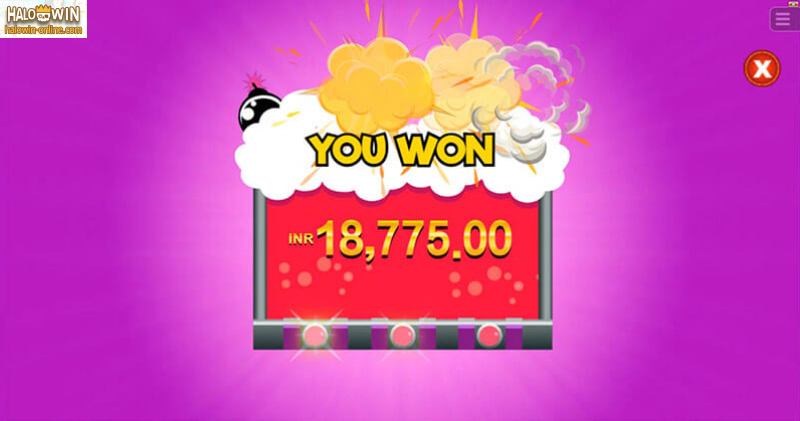 Is X-Bomber a free spins game

Yes, X-Bomber offers a generous free spins round, but it can be quite difficult to trigger and a degree of patience as well as sensible balance management is required. Between fifteen and thirty free games are up for grabs with an additional sticky wild modifier thrown in for good measure. Free games can be retriggered in X-Bomber.

Are there any other online slot games by KA Gaming

Stacked symbols and stacked wilds are a particularly sought-after feature as they can lead to some impressive pay-outs. Most online slot games feature stacked wilds across selected reels, usually the central reels, though it is possible to find games with stacked symbols across all reels. Some online slot games with stacked symbols include Book of Shadows, Book of Duat, Legacy of Dead, Book of Destiny, Odin Infinity Reels, Ice and Fire, Iron Bank, John Hunter and the Book of Tut, Wish upon a Jackpot Megaways, Anna Van Helsing Monster Huntress, Das X Boot, Action Jack, and Divine Fortune Megaways.

Try an online slot casino for FREE! Use any of our great Register Welcome Bonus and Deposit Bonus. Just sign up and start playing in HaloWin!