Can FIFA Rankings Shape the World Cup in Qatar

It is no longer a surprise that Brazil has moved up to the top of the FIFA Men's World Rankings. Results of games are used to rank the teams of FIFA's male member nations, with the most successful teams taking the top spots. Since the rankings were originally introduced in December 1992, Brazil has been number one for the longest time in the game's history. With the world cup slated to come up later in the year, we examine the world ranking in men's football and how it reflects on the world cup in Qatar. 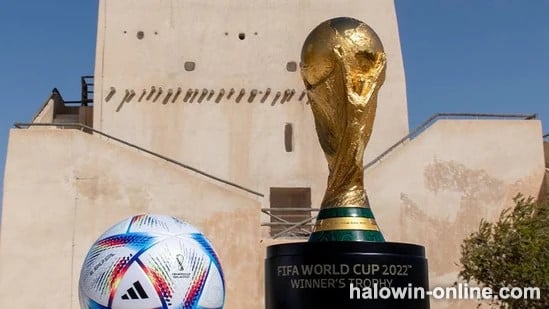 There are times when the absolute finest players from around the world are not represented at the World Cup. Some of the most talented individuals and teams of their period could not qualify for the World Cup. At the same time, other failures were high-profile sides whose absence from the event attracted considerable media attention. The 10 most prominent teams that we will not get to see in the world cup are discussed below.

Teams Who Failed To Make It to World Cup in Qatar #1: Italy

It is safe to say that Italy is the most notable squad that will not be competing in Qatar. For the first time in history, the world's seventh-ranked squad and reigning European champions will miss two World Cups in a row. Italy was forced to compete in the UEFA World Cup qualification playoffs after being eliminated from its qualifying group by Switzerland. During the playoffs, they were defeated by North Macedonia, which was a surprising result.

Teams Who Failed To Make It to World Cup in Qatar #2: Sweden

The Swedes were able to get to the semifinals of the 2018 World Cup, but they will have to settle for staying home for the 2022 tournament. Poland defeated Sweden in the UEFA playoffs, and the Swedes were eliminated from contention for a ticket to the World Cup as a result. Poland went on to win its qualifying group and earn a spot in the tournament. Sweden is currently placed in the top 20 of all teams in the globe.

Teams Who Failed To Make It to World Cup in Qatar #3: Russia

Following Russia's invasion of Ukraine, FIFA decided to ban the country from participating in the 2022 World Cup. Russia had previously hosted the tournament. The UEFA playoff match between Russia and Poland was supposed to take place. Still, Russia was banned from playing before the match took place. When this article was written, Russia had the 34th spot in the FIFA ranking.

Teams Who Failed To Make It to World Cup in Qatar #4: Colombia

Even though they are ranked 17th in the world by FIFA, Colombia will not be participating in the world cup. Colombia will not be participating in the World Cup in Qatar despite making it to the round of 16 in each of the last two tournaments. The top four teams in South America are automatically qualified for the next round, and the team that finishes in fifth place advances to the inter-confederation playoff. The failure to win games was Colombia's major problem, which led to it finishing in sixth place. With eight draws out of their 18 matches, Colombia has the most draws of any South American team.

Teams Who Failed To Make It to World Cup in Qatar #5: Chile

Once again, Chile will be unable to compete in the World Cup. The end of the World Cup qualification for Chile was marred by an embarrassing collapse that featured the team losing four of its last five games. Some of Chile's most accomplished players will not compete in another World Cup.

Teams Who Failed To Make It to World Cup in Qatar #6: Peru

Through an inter-confederation playoff, Peru qualified for the 2018 World Cup, marking the country's return to the tournament after an absence of 36 years. During the qualification tournament for the 2022 World Cup, Peru finished in fifth place in South America, which allowed them to move on to an inter-confederation playoff against Australia in Qatar. The South American nation was eliminated from the World Cup due to a gut-wrenching loss in a penalty shootout.

Teams Who Failed To Make It to World Cup in Qatar #7: Nigeria

Through a victory on away goals, Nigeria's West African rival Ghana was able to steal the country's spot in the World Cup. Before failing to qualify for the World Cup in 2022, the super eagles had only been eliminated from the tournament since 1994. The likes of Oshimen, Alex Iwobi, Joe Aribo, and others will sit at home watching actions in Qatar.

Teams Who Failed To Make It to World Cup in Qatar #8: Algeria

Like the Italian team, Algeria will be absent from the World Cup for the second consecutive time. The 2019 African Cup of Nations winners were eliminated in a manner that was both shocking and devastating when Cameroon scored a goal in the final minute to upset Algeria and advance on away goals.

Teams Who Failed To Make It to World Cup in Qatar #9: Egypt

After losing to Senegal in a penalty shootout in a game that decided which team would go to the World Cup, Mohamed Salah, one of the best players in the world, will not be participating in the 2022 tournament. That doesn't sound well.

Teams Who Failed To Make It to World Cup in Qatar #10: Ivory Coast 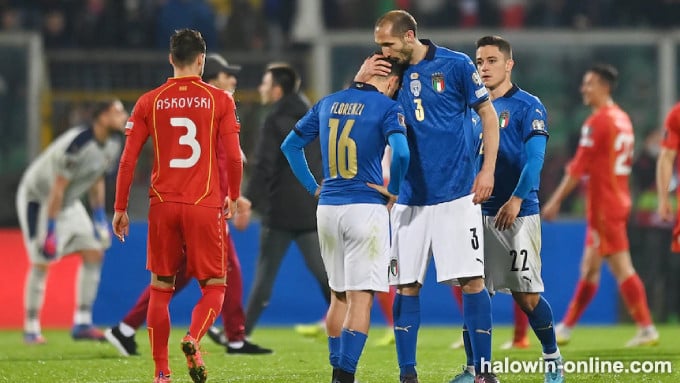 At the World Cup in Qatar in 2022, there will be 32 teams competing, each of which has been placed into one of eight groups of four. Following the conclusion of the final draw, which was held in Doha on April 1, 2022, all 32 teams already know where they will play in the tournament: Group A, Group B, Group C, Group D, Group E, Group F, and Group G. We provide you with the groups with each team latest world cup ranking.

Special Considerations for some Teams in the Groups

No team is considered the clear favorite to win the World Cup in 2022. Nonetheless, teams such as Brazil (ranked first by FIFA), Argentina (ranked third), France (ranked fourth and the reigning champion), and Spain (ranked sixth) are rightfully considered perennial competitors. It's been 20 years since Brazil's last World Cup triumph, and they'll be looking to make up for that time in Qatar. Neymar was the primary center of much of the attention directed toward Brazil in previous years. Still, in 2019, a dynamic team won Copa America despite the absence of the talismanic player. They are well placed to launch a challenge, with players like Alisson, Vini Junior, Richarlison, and Philippe Coutinho in their ranks, not to mention up-and-coming stars like Gabriel Martinelli. However, watching how they handle the transition in defense will be fascinating, as a generation's worth of stars is about to retire from their respective positions.

In addition to the apparent candidates for victory, there are also a few outstanding underdogs on which it is important to keep an eye. The Black stars of Ghana are the least ranked team that will be fighting for victory in Qatar. Can they surprise the world? Not minding the FIFA ranking, the United States national football team is an underdog. Still, the increasing popularity of football in the country has led to an upturn in fortunes for the squad. However, the team has not yet achieved the level of success they would have desired. In situations like these, the home team almost always has an edge, even if they do not have as big of an imprint on the global game as some other Asian national teams. Qatar is the host, and although they do not have as big of a footprint, they still have an advantage.

The FIFA ranking will have less of an impact, if any at all, on the teams that will win the championship. Each of the 32 teams wants more than anything to win the title of crowd champion of the world. Every team needs to go back to the drawing board to find ways to improve and differentiate themselves from the other groups.