The FIFA Ballon d'Or (Golden Ball) was an annual association football award presented to the world's best men's player. The recipients of the joint FIFA Ballon d'Or are considered as winners by both award organisations. Ballon d'Or the award became a global prize in 2007 with all professional footballers from around the world being eligible. Originally, Conceived by sports writer Gabriel Hanot, it was awarded only to players from Europe and widely known as the European Footballer of the Year award.

As the highest individual honor in world football, the Ballon d'Or has never failed to attract attention. 2021 Ballon d'Or suspense was finally revealed - Messi took home the Ballon d'Or for the 7th time in his career with 613 votes over Levandowski's 580 votes. This night, social media cheered for Messi, the comment section went crazy for Messi, and the Eiffel Tower lit up for Messi. At least on the level of personal honor, the Argentinean Ballon d'Or is the "best ever". 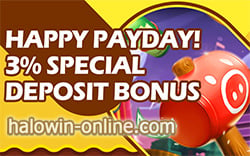