Last season, Paris Saint-Germain(PSG) reclaimed the Ligue 1 title from Lille and given the riches they possess, will be widely expected to lift the trophy again at the end of 2022-23.

Despite being crowned French champions, 2021-22 wasn't seen as a resounding success for the capital club as they once again failed in their ultimate goal: to win the UEFA Champions League.

Because of that, PSG made a change at the top, swapping former manager Mauricio Pochettino for ex-Lille head coach Christoph Galtier. Given that fresh impetus - and the fact that they've retained the services of star strikers Kylian Mbappe, Neymar, and Lionel Messi - it'd take a brave person to bet against them retaining their French top-flight crown this season.

But with such a focus on European success, is it possible that Les Parisiens take their eyes off the domestic prize and let one of their rivals unexpectedly leapfrog them to glory? This FIFA 22 Predictions article looks at five teams most likely to present a title challenge. 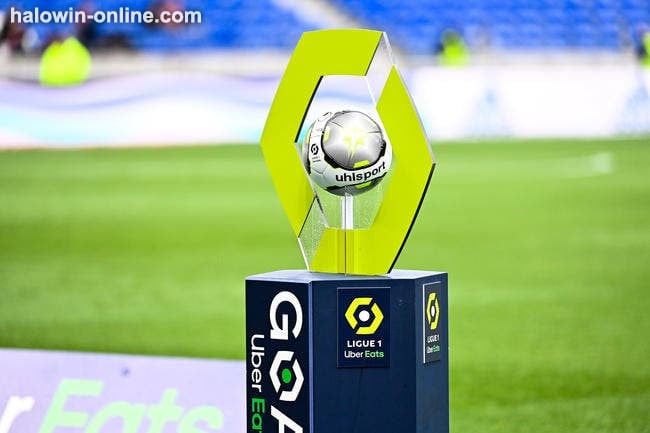 FIFA 22 Predictions- Who Can Stop PSG From Winning The Ligue 1 Title: Marseille

Last term's Ligue 1 runners-up may struggle to repeat their impressive title challenge this time around - mainly because manager Jorge Sampaoli has left the Stade Velodrome after just one season at the helm. It remains to be seen whether former Croatia defender Igor Tudor, who guided Hellas Verona to a solid mid-table Serie A finish last season, can pick up where the Argentine left off.

One challenge Tudor's already faced is replacing important players who left during the summer. Goalkeeper Steve Mandanda, who clocked up over 500 appearances for OM, left to join Rennes. Boubacar Kamara's big-money move to Aston Villa left a hole in midfield. While defender William Saliba is now back with parent club Arsenal after impressing on loan in Ligue 1 last term.

To mitigate those losses, the club has signed keeper Pau Lopez, for €12.8 million from Roma, Matteo Guendouzi, the former Arsenal midfielder who did well on loan last season, Arkadiusz Milik, the Polish center-forward who scored 16 goals in 38 games on loan from Napoli, and Luis Suarez (not that Luis Suarez - the Colombian attacker who scored 8 and made 4 assists in his 37 appearances for Spanish team Granada). They've also added center-back Chancel Mbemba on a free transfer from FC Porto.

Key to Les Phocéens' chances will be Dimitri Payet. The midfield maestro was in spectacular form the last term, scoring 12 goals and making 10 assists - without doubt their player of the season. If he can repeat those kinds of numbers, Marseille could make the top four. But with their rivals strengthening, achieving anything more may be a tall order.

FIFA 22 Predictions- Who Can Stop PSG From Winning The Ligue 1 Title: Nice

Les Aiglons finished fifth last season. But under the guidance of Lucien Favre, there's a good chance they improve on that in 2022-23. Particularly having added two big-name summer signings to the squad.

Aaron Ramsey, who joined on a free transfer from Juventus, experienced plenty of injuries over the past couple of seasons. He made just 49 Serie A appearances for the Old Lady between 2019 and 2022 and 24 of those were as a substitute. But when fit, the Wales midfielder is a world-class talent and if Nice can get the best out of him, Champions League qualification is not out of the question.

They've also received a boost in the form of Kasper Schmeichel, a €1 million signing from Leicester, who adds Premier League title-winning experience to their starting XI. Drafting in one of the English top flight's best goalkeepers looks like a real coup for the French Riviera team.

FIFA 22 Predictions- Who Can Stop PSG From Winning The Ligue 1 Title: Monaco

Further along the south coast, Monaco will be looking to claim a third consecutive top-three finish in 2022-23.

And since arriving in the French principality, he's turned Monaco from mid-table strugglers into genuine top-three contenders in less than a year.

Their bid to improve further has been helped by several promising summer signings, Ex-Liverpool forward Takumi Minamino has all the attributes to shine in Ligue 1 while former Bundesliga star Breel Embolo adds another goal threat. The Swiss international is a physical presence and has great movement off the ball, combined with a killer instinct in front of the goal. He's also a beast in the air. If Embolo can click with last season's Golden Boot runner-up Wissam Ben Yedder, Monaco has a fearsome front line that will trouble any team in Europe. 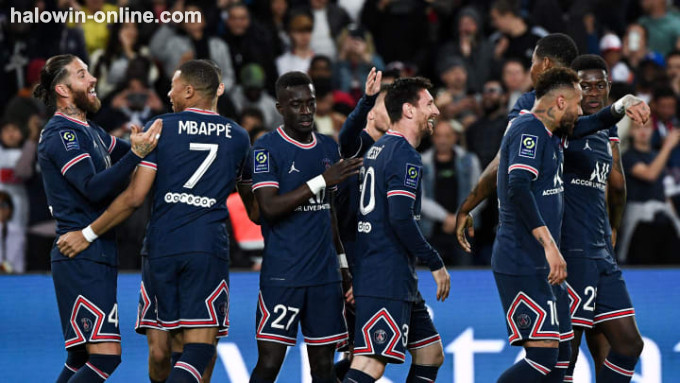 FIFA 22 Predictions- Who Can Stop PSG From Winning The Ligue 1 Title: Rennes

Having finished fourth, Rennes were last season's surprise package and the good news ahead of the new campaign is that they've kept hold of talented head coach Bruno Genesio.

That said, they've seen a few important players leave over the summer. Center-back Nayef Aguerd moved to West Ham for big money, while midfielder Jonas Martin made the switch to Lille on a free transfer.

They also earned around €20 million from the sale of exciting youngster Mathys Tel to Bayern Munich, which allowed them to bring in two center-backs, Bologna's Arthur Theatre and Tottenham's Joe Rodon - as well as experienced goalkeeper Steve Mandanda from Marseille.

A string of poor results at the end of last season eventually cost Les Rennais Champions League football, as they finished three points adrift of Monaco. If they can get out of the traps fast this term, Les Rouge et Noir could make the battle at the top very interesting.

FIFA 22 Predictions- Who Can Stop PSG From Winning The Ligue 1 Title: Lyon

Last season was Lyon's worst this Millennium, having ended the campaign in eighth place. But that doesn't mean you should discount their chances of a title challenge this time around - they were only 10 points off second place.

So 2022-23 is all about getting back on track for the seven-time Ligue 1 champions. To help with that, they've been busy in the transfer market, bringing in names like Alexandre Lacazette from Arsenal, Corentin Tolisso from Bayern Munich, and Nicolas Tagliafico from Ajax.

Having so far kept hold of Moussa Dembele, Thiago Mendes, and Lucas Paqueta, Lyon could once again be real contenders.