FIFA PREDICTIONS: Can anyone stop Bayern from winning the 2022-23 Bundesliga

Bayern Munich's recent record at the top of German football is, quite frankly, ridiculous. The team known as FC Hollywood has lifted the Bundesliga title for 10 consecutive seasons, and in total they've won the league an astonishing 32 times.

So can anyone prevent them from another triumph in 2022-23? The odds aren't good. Although a chink of light for Bayern's opponents is that during the summer, star striker Robert Lewandowski - who has been the Bundesliga's top scorer for the last five consecutive seasons - swapped the Allianz Arena for Barcelona's Camp Nou.

Will this help the other teams at the top of the table? And which of them is most likely - if any - to mount a serious challenge? In this FIFA predictions article, we assess the chances of four of Bayern's opponents. 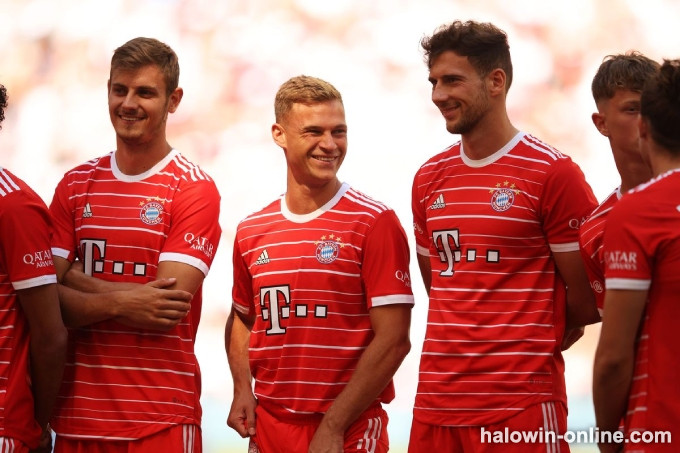 BVB finished 2nd last season, 8 points behind their rivals Bayern. But 2022-23 may be their best chance of winning the title for years. Here's why...

First, there's the change in manager. In the summer of 2021, former Borussia Monchengladbach boss Marco Rose moved to the Westfalenstadion, taking over from caretaker boss and fan favorite Edin Terzic - who had stabilized the club after a rocky spell under Lucian Favre. Rose was meant to be in it for the long-term, but a disagreement with the board over the direction of the club resulted in Borussia Dortmund's supremos wielding the ax at the end of last season. They decided to bring back Terzic, and that's created a feel-good factor at the club.

Then there's Borussia Dortmund's business in the summer transfer window. Their star performer from the past couple of seasons, Erling Haaland, made big headlines by moving to Manchester City for €60m. But the Rhineland outfit has spent that money well, bringing in two forwards - Sebastien Haller, who scored 21 league goals for Ajax last season, and Karim Adeyemi, the lightning-quick German international from RB Salzburg - along with Freiburg's Nico Schlotterbeck, who was statistically the best defender in the league last season.

With Bayern's 'goals for' column likely to take a hit in the wake of Lewandowski's move, It's not beyond the realms of possibility that Borussia Dortmund's new-look attack - inspired by Terzic's man-management - could fire them to Bundesliga glory.

Another team likely to challenge Bayern at the top of the table is RB Leipzig. After Domenico Tedesco took over from previous head coach Jesse Marsch in December 2021, Die Roten Bullen went on to finish fourth in the table, grabbing a place in this season's Champions League. They also reached the semi-finals of the Europa League and secured the club's first major trophy, the German Cup, thanks to a penalty shootout victory over Freiburg.

The star that day was Christopher Nkunku, who netted the 74th-minute equalizer, and his performance was characteristic of his entire campaign. The French attacking sensation was named Bundesliga Player of the Season having scored 20 goals and registering 13 assists in 34 German top-flight appearances. No wonder Nkunku has been linked with a switch to one of Europe's big-name clubs - Arsenal, Chelsea, Manchester United, and Paris Saint-Germain are all rumored to have an interest in the player. The Saxony outfit has slapped a hefty price tag on the player to deter any summer moves.

But it's not all about the 24-year-old from Paris.

RB Leipzig has a healthy mix of star power, experience, and depth throughout the squad. Captain Peter Gulacsi is the undisputed No. 1. Defender Josko Gvardiol is another talent that's coveted by clubs around Europe, while Spain's Dani Olmo, Sweden's Emil Forsberg, and Hungary's Dominik Szoboszlai are all top attacking midfielders.

If they can carry on where they left off in 2021-22, RB Leipzig should get much closer to the champions this season. 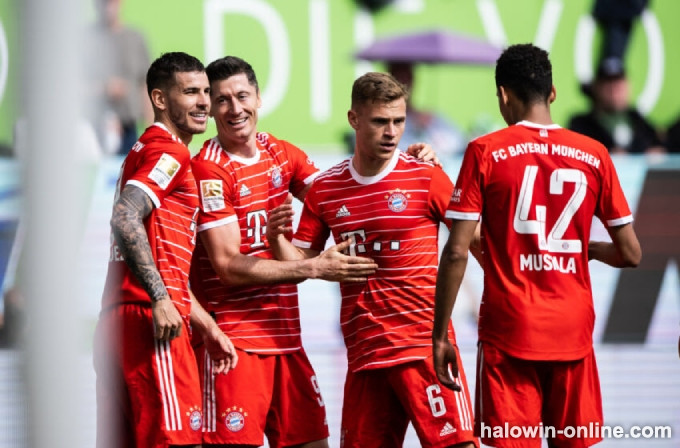 While Leipzig have Nkunku, Bayer Leverkusen have Florian Wirtz. The 19-year-old attacking midfielder (who became the club's youngest ever player when he made his debut in 2020) scored 10 goals and contributed 16 assists in all competitions last season, despite a serious knee injury.

Arguably the brightest prospect in German football, he's already been capped four times for the Nationalmannschaft, and - impressively - Bayer Leverkusen has tied him down on a long-term contract that runs until 2027.

That attack is one reason the Rhineland club has a good chance of shaking off their 'Nevekusen' moniker (awarded to them as they've yet to win the Bundesliga, despite finishing runners-up 5 times).

The other reason is manager Gerardo Seoane, who has title-winning experience. He guided Swiss club Young Boys to three straight league trophies between 2018 and 2021. It remains to be seen if he can work his magic in Germany this season.

Now for a real outside bet. Eintracht Frankfurt finished 11th in the Bundesliga last season, but after winning the Europa League on one of the greatest nights in the club's history, the Eagles are looking to take flight in the new campaign. They'll be playing in the Champions League in 2022-23, but can they also mount an unlikely title challenge?

Eintracht Frankfurt's biggest transfer window success so far has been keeping hold of big stars, although their talismanic Filip Kostic could be on his way to the Premier League with West Ham if reports are to be believed.

His loss could be mitigated by the signings of Jens Petter Hauge, the Norwegian winger who excelled on loan from Milan last season, and Lucas Alario - an Argentine striker who scored 42 goals in 142 appearances for Leverkusen.

Oliver Glasner's men showed what they are capable of by beating Barcelona and the Rangers on their way to continental success in the last term. They'll need to reproduce that level of performance far more consistently to stand any chance of closing the gap on Bayern.