Premier League fans, add a note to your calendars - August 5 marks the start of several months of relentless twists, turns, and drama as the new season gets underway.

In 2021-22, Liverpool was the only side that came close to matching eventual champions Manchester City. With both teams'; streets ahead of the opposition, it'd be easy to think that the title will return to one of those two clubs again this campaign. But is that the case? Does any member of the chasing pack have the quality to lift the trophy?

In this FIFA 22 Predictions article, we evaluate the chances of the most likely Premier League title contenders. 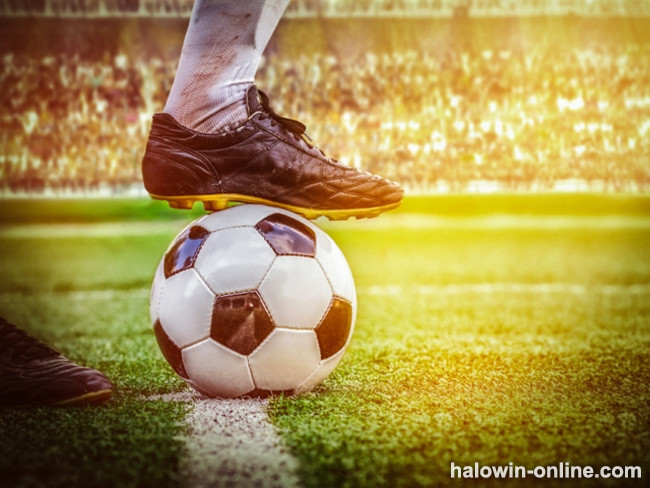 Pep Guardiola's side successfully defended their title, becoming Premier League champions for the 4th time in 5 seasons. Their defense was the division's joint meanest, conceding just 26 goals during the campaign (that means they went, on average, nearly a game and a half between rearguard breaches). At the other end of the pitch, City was irresistible. While none of their players were ever really in contention for the Golden Boot, the Blues had 8 stars who featured in the top 50 scorers in the league (notching at least 6 goals) - that's more than any other team. Their key player? Without a doubt, Kevin De Bruyne.

The arrival of Erling Haaland - arguably the most exciting forward talent in world football - for a reported £85m, should prove to be a real coup. The Norwegian scored 85 goals in 88 appearances for Borussia Dortmund and if he can continue that red-hot streak at Man City, their 'goals for' column will be scary for their opponents. Throw in the signing of Julian Alvarez, the promising Argentine striker from River Plate, and City's new-look attack should pack a punch. Meanwhile, Kalvin Phillips' arrival from Leeds adds energy to the center of midfield.

He may have overseen back-to-back title successes, but Pep Guardiola isn't happy for City to stand still. Fernandinho, Raheem Sterling, Gabriel Jesus, and Oleksandr Zinchenko have left the club, but the players brought in look like upgrades. It's hard to see beyond the champions lifting the trophy once again.

After an underwhelming 2020-21, Liverpool was back to their very best last term. For a while, it looked as though Jurgen Klopp's men were on course to make history by winning an unprecedented quadruple of trophies. In the end, the Reds won two, but finished a point behind the eventual Premier League winners and lost in the final of the Champions League. Still, a massive achievement. They were, at times, exhilarating to watch, scoring 94 goals in the league - 26 more than the previous campaign.

Saido Mane's switch to Bayern Munich may have felt like a loss, but Liverpool's decisive action in the transfer window has left fans feeling excited. Uruguayan striker Darwin Nunez, the £85m signing from Benfica, is a player who has explosive potential. Fabio Carvalho, the Portuguese teenager brought in from Fulham, scored 10 Championship goals last season. While Scottish Under-21 star Calvin Ramsey could follow in the footsteps of Andy Robertson as a star at full-back.

After falling short of the title last term, Liverpool will certainly have the bit between their teeth this season. There's revitalized energy about the club after the summer refresh and the red half of the city has also been buoyed by star player Mohamed Salah signing a new bumper contract. They'll no doubt compete with Manchester City again, but toppling the champions looks a tall order - even for a side with Liverpool's quality.

The rewards of Antonio Conte's intense coaching methods were clear to see in Tottenham's final 11 games of 2021-22. They lost just once in that time, winning 8 games and conceding 5 goals with 6 clean sheets along the way. Without a doubt, the highlight was a 3-0 drubbing of Arsenal at the Tottenham Hotspur Stadium, a result that all but guaranteed Spurs would beat their bitter rivals to Champions League qualification.

Tottenham's transfer dealings have been as spectacular as their recent form. Six players have so far been brought in to bolster their ranks: Fraser Forster provides experienced cover for Hugo Lloris in goal; Clement Lenglet arrives from Barcelona to provide competition at center-back; Ivan Perisic brings championship-winning know-how to the left wing-back position; Djed Spence, signed from Middlesbrough, is an exciting option at right wing-back; Yves Bissouma is a proven Premier League midfielder; while big-money signing Richarlison brings the X-factor to Spurs' already electrifying front line.

Conte knows what it takes to win the league - he did it with Chelsea in 2016-17 and has lifted the Scudetto with Internazionale and another three times with Juventus. That Championship nous will certainly get Spurs closer to Liverpool and Manchester City. But there's possibly too much ground to make up to win the title this season. The third place looks achievable.

Chelsea's hopes were high at the start of the campaign after the 2020-21's Champions League win, but their form fizzled out at the start of spring, coinciding with former owner Roman Abramovic's exit from the club. The uncertainty at the boardroom level clearly played a part as the Blues won just 3 of their final 7 league games. They clung onto third place ahead of Tottenham - just.

New owner Todd Boehly has sanctioned two key signings - Raheem Sterling from Manchester City and giant defender Kalidou Koulibaly from Napoli. They bring immense quality to the first team, which had looked a little short after several departures - particularly at center-back with the influential Antonio Rudiger leaving to join Real Madrid. The loan switch of Romelu Lukaku to Internazionale (from whom the Blues signed the Belgian for £97.5m last summer) was probably in the best interests of all parties - he looked like a fish out of the water last season.

It feels as though Chelsea is a club in transition and next season will be too soon to mount a title challenge. Their main concern will be Spurs, who probably have enough to leapfrog their London rivals in the table. But you can still expect a top-four finish from Thomas Tuchel's side.

Make no mistake; 2021-22 was a disaster for Manchester United. Statistically, they had their worst Premier League season ever, finishing 6th with a goal difference of zero. They also suffered some truly humiliating losses - not least against rivals Liverpool, who beat United 5-0 at home and 4-0 away. They sacked manager Ole Gunnar Solksjaer and then stagnated under Ralph Rangnick. The confidence of several key players appeared to be shattered. It can only get better.

The arrival of new manager Erik ten Hag has brought fresh optimism and the former Ajax coach has brought in three signings he knows well. Playmaker Christian Eriksen (who ten Hag allowed to train with Ajax as he recovered from his heart attack last summer) showed his class at Brentford last season. Argentine center-back Lisandro Martinez played under the Dutchman at the Amsterdam Arena, winning two Eredivisie titles. And the gaffer will have watched Tyrell Malacia, who has been capped 5 times by the Netherlands, at close quarters while the left-back was playing for Feyenoord.

United fans will see massive improvements this season, with players like Fred, Jadon Sancho, and Bruno Fernandes showing signs of a return to form in their pre-season games. A top-four finish looks a step too far, but ten Hag should help the Red Devils leapfrog Arsenal into fifth.