Messi’s Next Stop After 2022 World Cup is Becoming Argentina's President?!

Lionel Messi's last ever match at the World Cup was one to remember, Argentina was crazy about this legend bringing back their very own 2022 World Cup trophy, and was even willing to elect him as Argentina president! According to Argentina company ''Giacobbe Consultores'', over 44% of respondents voted yes to Lionel Messi becoming their president, 17.5% maybe, and 38% no to the vote.

Although this poll was only based on 2500 people, as we can tell by the results, overall, Messi's popularity as becoming the Argentina president is 37%, higher than Senator Javier Milei 12% and vice president Cristina Kirchner 11% as president, by this, we can tell how important football is in Argentina.

Lionel Messi scored the opening goal for his side from the penalty spot, and, after Kylian Mbappé's two late goals forced the match into extra time, it was he who restored the lead. And, then, when Mbappé completed his hat-trick and took the final to penalties, it was the Argentine captain who kept his cool from the penalty spot, converting the first one and setting his team on the way to ultimate victory. 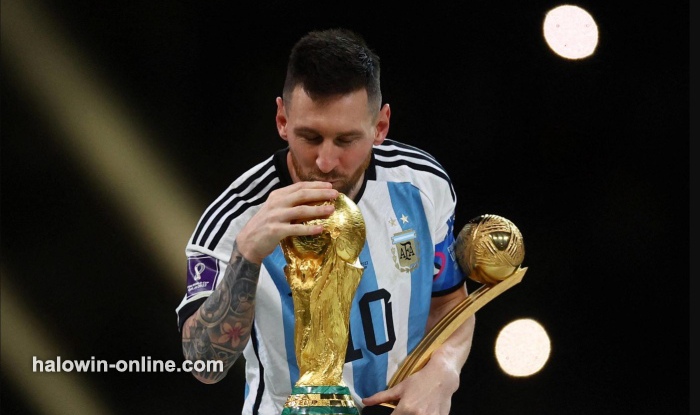 He was not only named Player of the Final but picked up the Golden Ball in the bargain, for Player of the Tournament. And his two goals in the final earned him the Silver Ball, behind Mbappé, for most goals in the tournament, having finished with seven.

In fact, having failed to do so in all his previous World Cups Messi scored in all four of Argentina's knock-out games in Qatar and provided three assists into the bargain. This also made him defeat Ronaldo and become the first person who won the 5th Ballon d'Or trophy and the first person who has 2 Golden Boot Trophies in the world.

Including the trophy of La Liga, Copa del Ray, Champions League, European Super Cups... and so on, the total trophy that Messi has is 40 up to now. 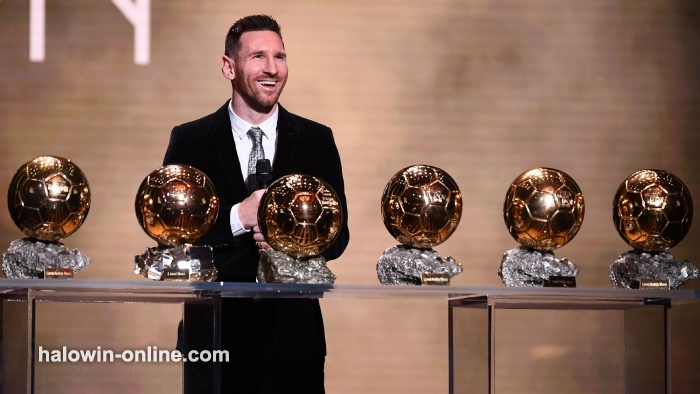 Messi's legacy at the international level

In finally lifting the World Cup, Messi secured his legacy as one of the best players ever to have played the game, and ensure that he joined the pantheon of Mario Kempes and Diego Maradona as Argentine World Cup-winning captains.

Before the tournament, there was widespread speculation that this would be Messi's last international competition. He has made it clear that he will not be appearing in the World Cup next time that it is played, in 2026 when it will be jointly hosted by the USA, Canada, and Mexico. He will be 39 by then, and, it is by no means certain he will still be playing then, and, if he is, there will inevitably be some drop off in his very high standards.

However, he has decided that he is not ready to retire from international football just yet, and has indicated that he wants to enjoy the sensation of being a champion for the short term at least.

And, he might argue, there are still objectives to be achieved, certainly when it comes to goals. He is third on the all-time list, and just three short of his century. He will probably never match Cristiano Ronaldo's tally of 118 goals for his country, but arguably the haul of 109 goals that Ali Dael managed for Iran remains within reach. 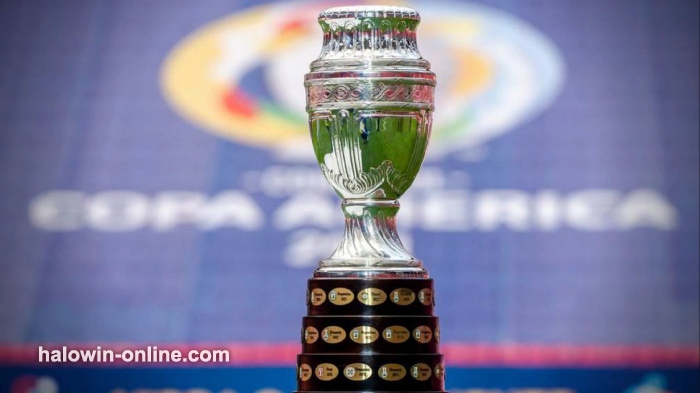 And then there is the 2024 version of the Copa América, where Argentina is the defending champions.

It was their victory in another penalty shoot-out win, this time against the old enemy Brazil in 2021, that finally got the monkey of being a perpetual runner-up off the back of Messi. He may decide that if he can help lead them to a successful defense of the title, which may be the right time to bow out of international football.

For the time being, he can wear the shirt of Argentina with pride, knowing that the pressure is off him, and, to a certain extent, the Argentine fans. He has delivered what they all wanted, a third World Cup, and, for that, they are likely to be eternally grateful to him.