2022 FIFA World Cup Dec 2, the 13th day of the World Cup group stages as the final games were played in Groups G and H. And, like the previous evenings there was more than their fair share of drama in Qatar.

There was a considerable backstory to this match. The last time they had met in World Cup was in the quarter-finals in 2010, when a handball on the line from Luis Suárez had denied Ghana the chance to become the first African side to reach the last four of a World Cup.

Ghana had missed the penalty on that occasion and lost in a shoot-out, and with a qualification from the group on the line for both teams this time, it was a case of Deja vu for much of this game for the West Africans.

They had a great chance to take the lead in 21 minutes when Sergio Rochet conceded a penalty. But he became a hero for his side when he saved Andre Ayew’s weak spot-kick.

And it was Suárez who was inevitably involved at the other end, although Lawrence Ati-Zigi in the Ghana goal should have done better with his shot than parry it in the air for Giorgian de Arrascaeta to head in from point-blank range. 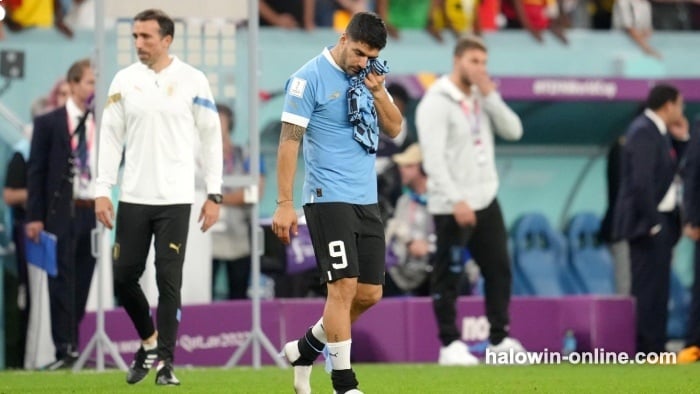 And then Suárez fed in de Arrascaeta for his second a few minutes later.

Ghana improved after half-time, but it was Uruguay who thought they should have gone further ahead when  Darwin Núñez fell in the box, but after consulting VAR the referee decided it was not a penalty.

And their failure to find the third goal cost them dears as news filtered in from the other game.

Furious Uruguayan players surrounded the referee at the end of the game to protest against the penalty that was not given, and forward Edinson Cavani pushed over a VAR screen to show his anger.

With Portugal already qualified they could afford to be relaxed going into their game against South Korea, but took the lead after just five minutes when Ricardo Horta scored after a cut-back from Diego Dalot.

There was an element of fortune about South Korea’s equalizer – the ball hit the back of Cristiano Ronaldo’s head and bounced into the path of Kim Young-Gwon to score from close range.

But it looked like South Korea’s campaign was set to end at the group stage as the match ticked into added time.

But they summoned up one last effort, broke from a Portuguese corner, and Heung-min Son played the ball through to Hwang Hee-chan to score past the goalkeeper from inside the penalty area.

That meant that South Korea had edged ahead of Uruguay courtesy of a goal scored, having accumulated the same number of points. 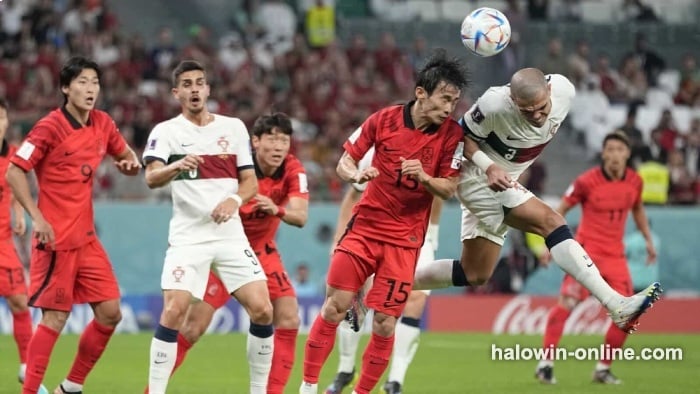 When the news reached the other game, Uruguayan players and fans were stunned, but that soon turned to anger at the final whistle, with the referee surrounded because of the penalty that was not given,

Ghana was also out, but they may have enjoyed a moment of schadenfreude.

Brazil lost to an African side in the World Cup finals for the first time in their history, although, in the event, the result did not matter for either side.  Already qualified from Group G, Brazil took the chance to rest many of their starters. It would be fair to comment that their replacements failed to do themselves justice, apart from the impressive Gabriel Martinelli, who had most of their best moments on the left side of their attack.

Despite the stop-start nature of their offense, Brazil had most of the chances with Cameroon absorbing pressure and breaking where they could, Just, though, as the game seemed destined for a goal-less draw, the West Africans broke,  and a pinpoint cross allowed Vincent Aboubakar to steer his pinpoint header past a hopeless Ederson in the Brazil goal.

Aboubakar celebrated wildly taking his shirt off and showing it to the crowd, something that brought him an immediate yellow card, which then turned to red because he had already been cautioned for rugby-tacking Martinelli.

Both player and referee treated the matter with the utmost good humor though.

It was the first time Brazil had lost in 17 games dating back to their defeat in the Copa América final to Argentina last year.

In the end, it was events in the other game between Switzerland and Serbia that sorted out the other qualification place.

It was an exciting game that was given an additional edge by the underlying nationalist dimension to the match, with Swiss players Xherdan Shaqiri and Granit Xhaka both having family links to Albania and Kosovo, two traditional enemies of Serbia.

And it was Shaqiri who was booed loudly by the Serbian fans during the warm-up, who opened the scoring, finding the bet with a low shot that went in via a deflection. He provocatively ran to the Serbian section of the crowd in celebration before turning round and pointing to the name on his back.

Serbia, though, equalized, when Dusan Tadić crossed for Aleksandar Mitrović to head home, and then took the lead when Tadić’s pass found Dusan Vlahović in the area, and he found the net with a low cross-shot.

There was still time for one more goal before half-time when Breel Embolo poked him the equalizer from close range. 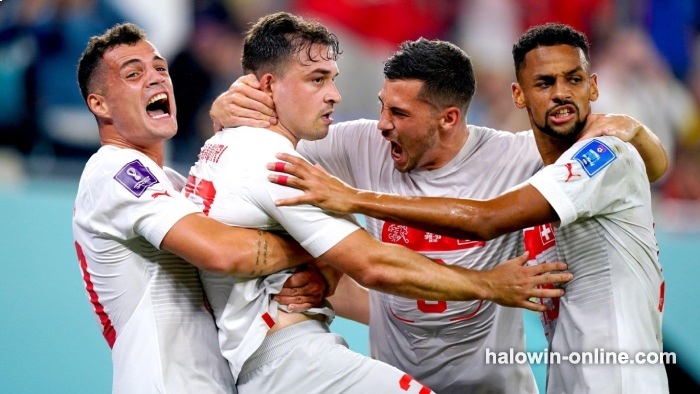 Switzerland then took the lead again when a fine team move ended with Embolo flicking the ball on for Remo Freuler who finished with an emphatic half-volley.

Tensions threatened to boil over in the closing minutes, as Serbia tried to find the goals they needed to keep their World Cup hopes alive, but the Swiss showed excellent game management, and held on for the win, to book their place in the round of 16.

The group stages have now concluded, without any team having won all three of their games.

Is this an omen?