2022 World Cup Dec 1 is the 12th day of the World Cup, Groups E and F played to their conclusion and saw the biggest casualties to date among the teams to make an early exit from the tournament. Croatia 0 Belgium 0, Morocco 2 Canada 1.

It has not been a happy World Cup for Belgium, the side ranked second in the world before the tournament. The side that finished third in Russia four years ago came into the tournament with one of the oldest squads in Qatar and the feeling that their so-called 'Golden Generation' was past its sell-by date. 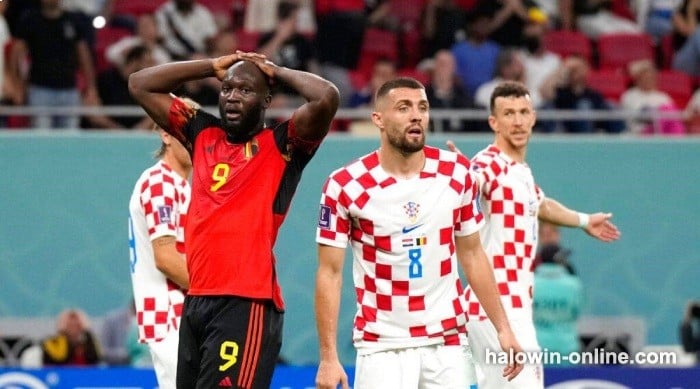 An undeserved win over Canada did nothing to dispel that feeling and the chickens came home to roost when they were well-beaten by Morocco in their next game. The aftermath of that defeat saw numerous stories emerge about dressing room disharmony, so there was not a great deal of expectation going into their final group game with Croatia, the beaten finalists in Russia.

They themselves had labored against Morocco, before outclassing the Canadians.

Things looked like they were going from bad to worse for Belgium when Croatia was awarded an early penalty, only for the decision to award it to be reversed because of the most marginal of offsides.

Goalless at half-time, Belgium turned to Romelu Lukaku, who had not been fit to start the game and they immediately looked more threatening, A series of half-chances fell his way, and then he was given the clearest chance yet to score the goal that would have sent his side through but hit the post instead.

Croatia was reduced to the odd counterattack and was hanging on at the end, but they had just done enough to qualify.

Meanwhile, the Belgian players, many of them in tears, slumped to the floor in disbelief, at the end of the match.

Despite that point, it was Morocco, not Croatia who topped the group courtesy of a 2 -1 win over an already-eliminated Canada.

The North Africans took an early lead thanks to a goalkeeping error from Milan Borjan who came sprinting out of his to collect the ball, only to present it straight to Hakim Ziyech who calmly lobbed the ball over his head from 30 yards. 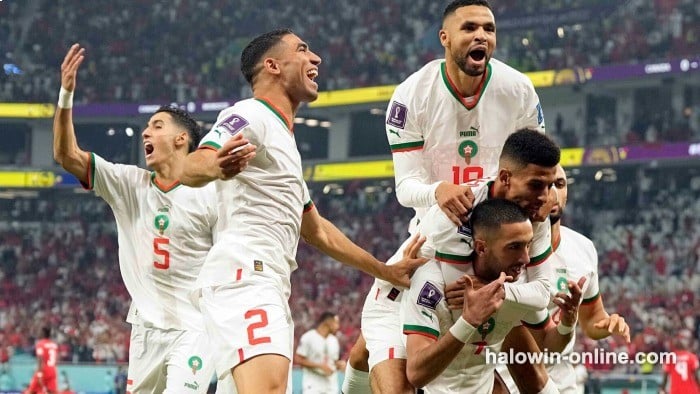 When Youssef En-Nesyri added a second midway through the first half, Morocco was on an easy street. But, just before half-time, Canada found a route back into the match via its own goal, the 100th goal scored in this World Cup so far.

That seemed to inspire Canada and they were more threatening in the second half, but the closest they came to an equalizer came when Atiba Hutchinson, on as a substitute and making his 100th appearance for Canada, crashed his header against the bar.

It meant that Morocco could celebrate reaching the last 16 for the first time since 1986.

As it turned out that was just the hors d'oeuvre for the dramas to come later that evening in Group E, which began with all four teams in with a chance of winning it, although Spain and Germany appeared to be in control of their own fates.

When Serge Gnabry headed Germany into an early lead against Costa Rica and Alvaro Morata did the same for Spain against Japan, all seemed to be going according to plan, although neither side could add to their lead before half-time.

But everything stood on its head inside three minutes in the second half. First substitute Ritsu Doan equalized for Japan with a fierce shot from the edge of the area, and then, improbably they went ahead, albeit in a highly controversial fashion. The ball was played across the face of the goal and pulled back by Doan from the by-line for Ao Tanaka to bundle home.

There was a long VAR check because the ball appeared to have been out of play before Doan retrieved it, but the goal was eventually given because the officials ruled that the whole circumference of the ball had not crossed the line.

Still, photographs suggest that was a highly debatable call at best.

That meant that Germany was now heading out, and things got the word for them in their game when Costa Rica equalized.

And when the Latin Americans went ahead, Spain who had put seven past them in their match, was briefly in danger of going out themselves.

Fortunately, for the Spaniards, Kai Havertz came off the bench to equalize with his first touch and then side-footed them ahead. Niklas Füllkrug scored a late fourth, and Germany had a host of chances to extend their advantage. They hit the woodwork more than in any World Cup game since 1966.

But, by the end, they were reliant on Spain to find an equalizer against Japan, and it just would not come. Luis Enriquê's side remained true to their principles, passing the ball from side to side. But the Japanese defended their lives, and Shuichi Gonda in their goal came up with several big saves at the end. 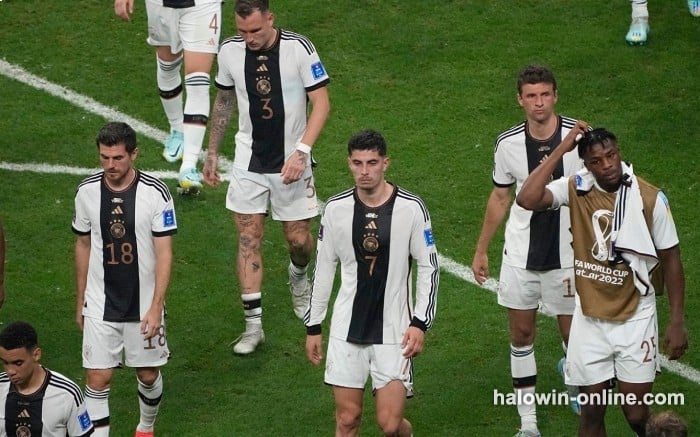 When the final whistle blew, Japan had won despite having the lowest possession figure (<18%) in any game in World Cup history. It was also only the second time that a team had lost despite having more than 700 passes in a game.

And the first had been last week when Germany played Japan.

The results mean that Japan will now play Croatia in the round of 16, whilst Spain will face Morocco.

For Germany, it was a sobering night which meant that they failed to keep a clean sheet in their last 12 matches in major tournaments.

Perhaps worst still was the statistic that, dating back to 1954, Germany (and in their former guise of West Germany) had only failed to qualify from the group stages on two occasions - in 2018 and now 2022.

Like Belgium, inquests have already begun, with manager Hansi Flick saying that there needs to be a complete overhaul of the youth football system in the country.