In 2022 Nov 30th, World Cup saw Groups C and D conclude with more than their fair share of upsets also drama thrown into the equation.

It also briefly introduced football fans to the concept of a unique form of tie-breaker, although, in the event, that was not needed. 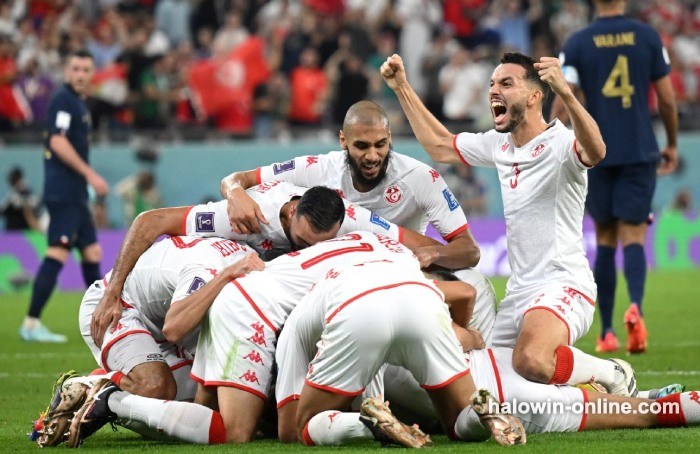 The defending champions France had already booked their place in the round of 16, so chose to rest some key players ahead of their final group game with Tunisia.

Despite that, given their strength in depth, they were still expected to beat the North African side that has looked organised and well-drilled in Qatar but had been let down by a lack of cutting edge.

With Tunisian fans, though, considerably outweighing their French counterparts in the stadium, their side dominated the first half.

They took a deserved lead just after the break through their captain Wahbi Khazri, who scored from the edge of the box after a driving run forward.

At that stage, briefly, his team had qualified for the knock-out stages until news filtered through from the other game that was being played at the same time.

France through on some of the big guns like Kylian Mbappé and Antoine Griezmann in search of an equaliser, and thought they had earned it when Griezmann volleyed in deep into injury time, only for VAR to rule it out for offside.

At the final whistle, Tunisia could celebrate a famous win but a pyrrhic one, because they still were knocked out. 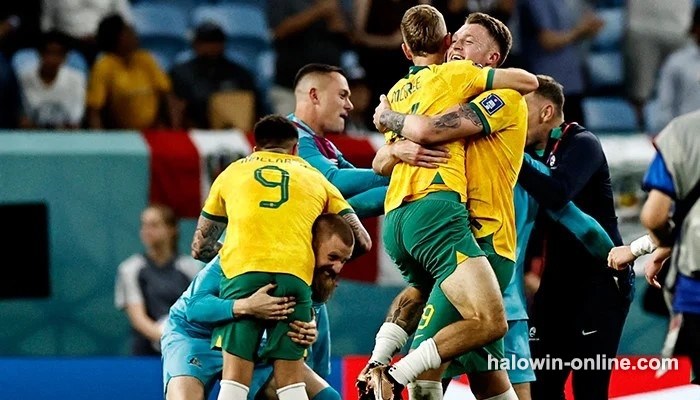 This has already been a World Cup full of shocks, but Australia's defeat of Denmark ranks among them.

The Danes had come to Qatar considered as one of the dark horses for the tournament, having reached the semi-finals of the Euros in 2021, and impressively won their World Cup qualifying group, beating France both home and away.

But they have been desperately disappointing in Group D, and, like the Tunisians, have lacked the main goalscorer.

Their problems in front of goal promoted changes in the attack, but the replacements offered little threat either, and, although the Danes dominated possession, their best efforts were thwarted by Matt Ryan in the Australian goal.

The decisive moment came in the 50th minute when Denmark lost possession high up the pitch, Australia counter-attacked with lightning speed, and Mathew Leckie finished off the move by side-footing past Kasper Schmeichel in the Danish goal.

A desperate Danish side thought they had won a penalty, but it was cancelled out because there had been an offside earlier in the move.

At the full-time whistle, Australia could celebrate reaching the knock-out stages for the first time since 2006.

Denmark has now failed to win any of their last six games at the World Cup finals, four of those games have ended in draws.

The inquest into what went wrong has already started in the Danish media. 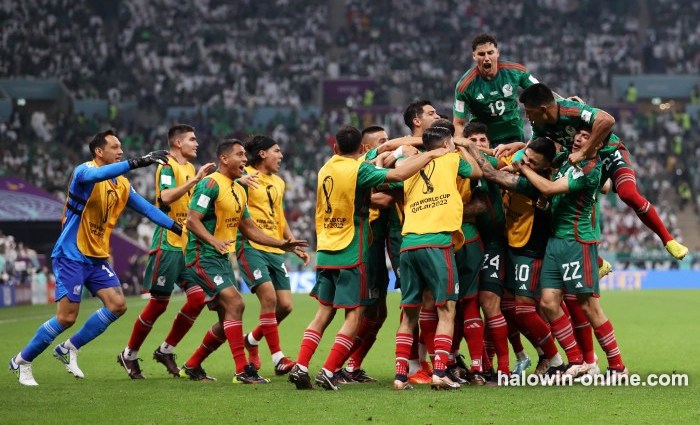 Mexico began their match against Saudi Arabia, knowing that they needed to win and achieve a minimum four-goal swing in their match and the game that was taking place between Argentina and Poland at the same time.

At half-time that seemed unlikely with both games goalless, but then things became interesting as Mexico took the lead through Henry Martin and then added a second through Luis Chavez added a second shortly afterwards.

With Argentina leading by the same score, at that stage both Mexico and Poland were tied on points and goal difference.

And that was when FIFA's unique tie-breaker rules came into effect. Under their Fair Play rules, the team with the fewer number of cards (red and yellow) would have progressed.

Because Poland had received fewer yellow cards (five to seven in their favour) that meant whether Mexico or Argentina needed to score again.

(Had they also finished level in terms of the number of cards given that would have meant the drawing of lots).

In the end, it became irrelevance. Saudi Arabia had done very little all game but, in injury time, Salem Al Dawsari played a one-two on the edge of the box and scored a consolation goal for them that decided he matter once and for all.

The defeat means that Mexico's record of progressing to the round of 16, stretching back to 1978, came crashing to an end. 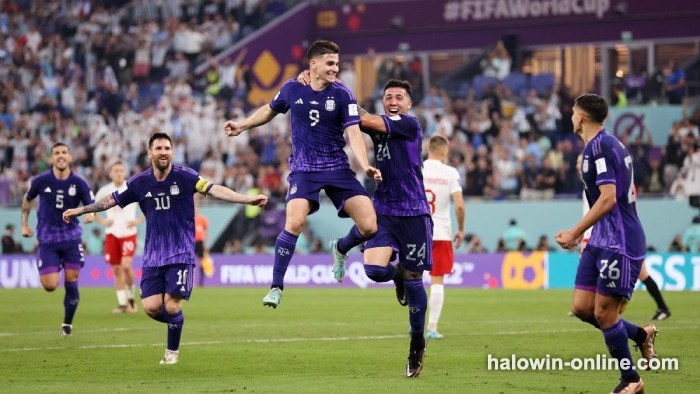 The World Cup for Argentina began with them suffering one of the biggest shocks of all time, losing to Saudi Arabia.

But the first stage ended with them topping the group with a win over a very poor Poland side, who offered very little in attack and were left hanging on by their fingertips at the end.

Argentina seemed to have been gifted the chance to take the lead in the first half when Lionel Messi and Polish goalkeeper Wojciech Szczesny challenged for a ball in the air, and VAR ruled there had been a foul by the keeper.

It seemed a very harsh decision and justice was probably done when Szczesny threw himself to his left to keep out Messi's spot-kick. It was the second penalty the Pole has saved in this World Cup so far.

However, Argentina did take the lead shortly after half-time when Alexis Mac Allister scored his first goal for his country, although there was an element of fortune about it as he scuffed his shot.

From that point on, it was the fate of Poland that was at stake, as players and fans kept in touch with developments in the other game.

Their captain Robert Lewandowski cut a lone figure, isolated by himself up front, deprived of service and expected to hold the ball up surrounded by Argentine defenders.

In the end, his side was reliant on the excellence of Szczesny and was helped also by the fact that their opponents did not need to score more.

After such a lacklustre performance, Poland can consider themselves extremely fortunate to be playing France in the round of 16 on Sunday.