2022 FIFA World Cup Nov 26, the first installment of the second group matches were played as both Groups A and B, matches on this day including Iran vs Wales, Qatar vs Senegal, Ecuador vs Netherlands, and England vs USA.

This revived Iran's hopes of reaching the knock-out stages for the first time in their history, whilst almost certainly condemning Wales to an early exit from the competition.

This time Iran did sing their national anthem before the game, although its fans in the stands continued to boo it. However, the team that was so tentative against England came out on the front foot from the start and was unlucky to have an early goal chalked off for offside. 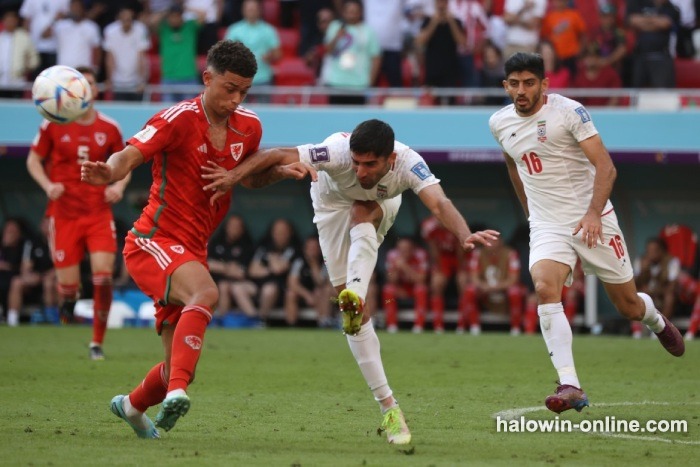 Wales, for their part, looked ponderous and short of ideas but were glad to get to half-time goalless.

In the second half, fate seemed against Iran who hit the post twice in a matter of seconds. Whilst Welsh keeper Wayne Hennessey produced a series of fine saves.

However, a long ball through the heart of the Wales defense saw him rush out from goal and bring down the inrushing forward. Initially shown a yellow, it was upgraded to red after the referee checked with his VAR monitor. He was the first man sent off in this year's World Cup, and only the third keeper to see red in finals history.

The ten men thought they could hold on for a draw, but n the ninth minute of stoppage time, substitute Roozbeh Cheshmi fired his team ahead. Wales went looking for an equalizer, were caught upfield, and Ramin Rezaeian was in the right place to finish off the counterattack with a clipped finish.

It was no more than Iran deserved. Wales were left to lament the fact that so few of their squad now play with top teams, as a lack of fitness began to make itself evident the longer that the game progressed.

The host nation Qatar became the first nation eliminated from this year's World Cup, but they did, at least, give a better account of themselves than they had in their opening match against Ecuador.

Indeed they had largely held the West Africans at bay until, just before half-time, a misplaced clearance from Boualem Khoukhi gave Boulaye Dia the chance to put his side ahead. 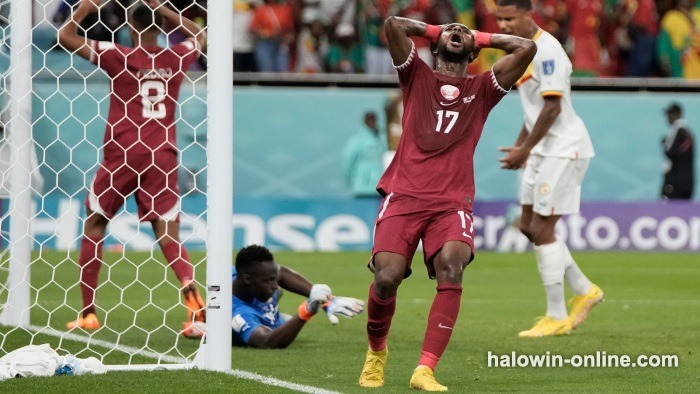 Three minutes after the break, Famara Diedhiou doubled Senegal's advantage with a header.

With little left to lose, Qatar began to play with freedom and chances began to open up at the other end. Édouard Mendy in the Senegal goal had already made several fine saves, but he was powerless to stop Mohammad Muntari's powerful header.

The local crowd began to believe that an equalizer might be on the cards, but, when another goal came, it was Senegal who claimed it, Bamba Dieng stroking him after a fine move from the right.

Qatar had tried hard but the lack of quality in their squad was again self-evident.

The results revive Senegal's hopes of qualifying from the group.

Ecuador was almost kicked out of the World Cup for fielding an ineligible player in qualifying, but they continue to enjoy their reprieve after holding the Dutch side to a draw.

Cody Gakpo had scored the fastest goal of the World Cup so far for the Netherlands, finding the top corner after just five minutes, the first goal that Ecuador had conceded since March.

But his side could not add to the lead, and Ecuador was convinced they had equalized on the stroke of half-time, only to turn round to see the assistant referee had flagged for offside.

However, four minutes after the restart they were level when Pervis Estupinan's shot was parried-out to Enner Valencia to score his third goal of the tournament. Valencia was later carried off on a stretcher, but there were no further goals, although Ecuador probably had the better of the chances.

Dutch manager Louis van Gaal after the match reflected that his team needed to improve in terms of ball possession and that they are working on that in training.

The result leaves Group A finely balanced, although, with the Dutch still to play Qatar, they are favorites to progress as group winners, leaving Ecuador and Senegal to play for the other place in the round of 16.

There are games that live in the memory for a long time and others that are best forgotten in a hurry.

This falls into the latter category and much of the blame must be put on the shoulders of Gareth Southgate, the England manager, and his risk-averse approach.

The American team, much less experienced, was the team full of energy, whereas England looked ponderous and slow, and devoid of ideas. 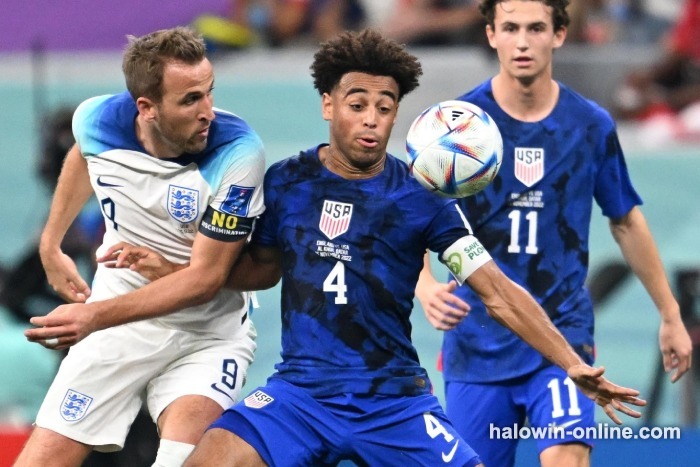 In a match lacking few clear-cut chances, the nearest either side came to scoring came was when Christian Pulisic hit the bar from the edge of the box in the first half. They had a flurry of corners midway through the second half, but from everyone, there was an England defender on hand to head the ball away.

England produced very little to excite their fans in the stadium and watching at home and seemed happy to settle for the draw long before the final whistle.

The fact that they were booed off the pitch by their own fans at the end was a fair reflection of their overall performance.

Southgate's men will probably go through as group winners courtesy of what they did against Iran in their opening game, which gave them a healthy goal difference. But, if they have any aspirations of going deep into this tournament, they will have to play a lot better than this, and Southgate must be prepared to release the handbrake.

Meanwhile, the Americans now know that their hopes of qualification rest on them beating Iran in their final group game. They may yet live to bitterly regret failing to kill off Wales in their first game when they had them on the ropes.