After the international hiatus, European club football returned this weekend, here comes the highlight on English Premier League, and how they've been!

In this FIFA News article, we round up the English Premier League action and pick out the star players. Read more on our five best European club games of the week… 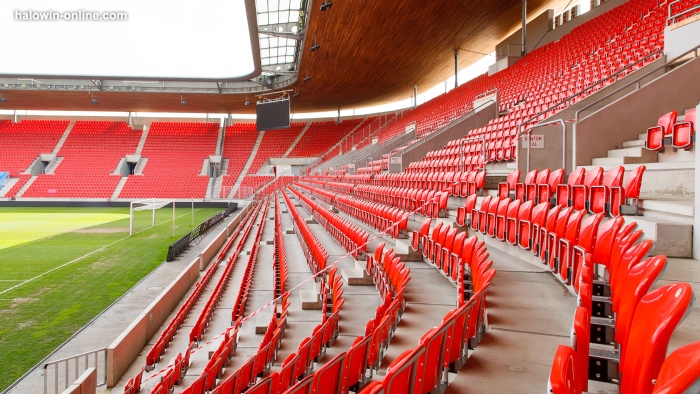 In May, Arsenal's hopes of qualifying for the UEFA Champions League suffered a critical blow when they lost 3-0 at the home of their bitter North London rivals, Tottenham. Mikel Arteta's side were comprehensively outfought, outplayed and outsmarted on that occasion, with Spurs taking full advantage of Rob Holding's 33rd-minute red card. When the sides met for the first time this season, the tables turned.

Both sides made key signings in the summer transfer window, but Arsenal's acquisitions - striker Gabriel Jesus and right-back Oleksandr Zinchenko, both from Manchester City — look to have made the greatest impact, transforming the Gunners from Europa League chasers to genuine title contenders.

Defender William Saliba, enjoying his breakthrough season at the Emirates after a loan spell at French side Marseille, is another player who's made a huge impact. All three, along with exciting Brazilian attacker Gabriel Martinelli and England winger Bukayo Saka, were excellent against Tottenham.

Arsenal made a fast start and took a deserved lead through Thomas Partey's spectacular 25-yard strike on 20 minutes.

But Spurs rallied and got back into the game through Harry Kane's 31st-minute penalty.

After the break, an error by Hugo Lloris gifted the Gunners the lead and the impressive Granit Xhaka killed the game off after Emerson Royal saw red for a crazy, reckless challenge on Martinelli.

Of the two sides, it's Arsenal who look more likely to sustain their challenge on title favourites Manchester City.

Halowin Bet prediction: The tough games keep coming for Spurs. Next up they face Brighton, who drew 3-3 with Liverpool at Anfield last week. Conte's men could struggle on the south coast.

It's fair to say that Erling Haaland has had a greater impact during his first eight games than any other player in Premier League history. The Norwegian striker has helped himself to an incredible 14 goals so far this season and if his goal rate continues he'll shatter every scoring record going.

Against City's fierce rivals United, Haaland became the first player to net three successive Premier League home hat-tricks, which he managed despite having had just 35 touches of the ball.

The former Borussia Dortmund player is averaging a goal every 47.2 minutes in the English top flight (661 minutes played) and has outscored 14 teams – including United and last season's third-place finishers, Chelsea.

Of course, it wasn't just about Haaland on Sunday - Phil Foden netted a hat-trick too, while Kevin De Bruyne controlled the game from midfield. But the £51-million summer signing looks head and shoulders above his opponents - both literally and metaphorically.

Halowin Bet prediction: Surely he couldn't? A fourth consecutive hat-trick for Haaland at home to Southampton in City's next game? Don't bet against it.

Roma boss Jose Mourinho watched from the team bus as his side earned a 2-1 victory over Inter — who he managed to Champions League success in 2010.

The Portuguese manager was serving a one-match touchline ban having been sent off in the Giallorossi's last league match against Atalanta. But he wasn't missed from the technical area as his side came from behind to win, courtesy of a 78th-minute Chris Smalling header.

Roma's forward duo of Lorenzo Pellegrini — who provided the assist for the excellent Smalling — and Paulo Dybala, who scored Roma's first, carried a threat throughout the game. The Argentine is fast becoming a fans favourite in the Italian capital.

It was Roma's first win over their rivals since February 2017, and last season's Europa Conference winners are now just four points off leaders Napoli as the race for the Scudetto heats up.

Halowin Bet prediction: Expect a virtuoso performance from new fans favourite Dybala at home to Lecce in Roma's next Serie A match.

As we get closer to the World Cup, FIFA News is likely to be dominated by stories featuring stellar names such as Kylian Mbappe, Lionel Messi and Neymar, who you'd expect to help their respective countries challenge for honours in Qatar.

The trio have had an excellent start to the French top flight season so far, scoring 21 goals between them (Neymar and Mbappe have eight each) as the champions have dropped just two points in nine games.

Two of the three were on the scoresheet against Nice, although PSG's clash with the south coast club — who boss Christophe Galtier left before moving to the capital in the summer — was one of their tougher assignments of the season.

Having taken the lead through an excellent 20-yard Messi free-kick on the half-hour mark, the Parisians looked to be cruising. It was the Argentine magician's first goal from a direct free kick since moving to France.

But just after half-time, Nice grabbed a surprise equaliser courtesy of Gaetan Laborde's close-range effort. And it wasn't until the 83rd minute when substitute Mbappe struck the winner to seal all three points for the champions, in the process moving within 18 goals of Edison Cavani's all-time PSG scoring record.

Halowin Bet prediction: PSG travel to Reims for their next game - expect goals galore for the front three against the division's joint-third leakiest defence.

Oktoberfest has begun in Munich, and a few steins were raised to the city's biggest football team after Bayern Munich thumping 4-0 win over Leverkusen in the Bundesliga.

Incredibly, Bayern Munich had created more than 90 chances in the past four league games without registering a victory. But their luck was in at home to Die Werkself, as all four goals relied on heavy slices of good fortune.

Leroy Sané's opener took a deflection on the way in; the excellent Jamal Musiala saw his shot squirm in under goalkeeper Lukáš Hrádecký to make it 2-0; Sadio Mané scored from another deflectio; while Thomas Müller's goal was a terrible bungle by Leverkusen's Finnish No1.

The win takes the champions within two points of early Bundesliga pace-setters Union Berlin and Freiburg. And next, they face a tough assignment away at Dortmund.

Halowin Bet prediction: now the champions have found their groove, they'll pick up all three points against Dortmund.