With the 2022-23 season now officially underway in Italy and Spain as well as England, France and Germany, we're able to see how players are shaping up for the World Cup in a few months.

In this FIFA World Cup News article, we pick 5 of the best performers from the big leagues across Europe from the past couple of weeks. Will we be seeing these stars shining in Qatar?

The Dutch star - who signed for Spurs in 2020 - had fallen down the pecking order at the Tottenham Hotspur Stadium, with Son Heung-min, Harry Kane, Dejan Kulusevski, and Richarlison all ahead of him in manager Antonio Conte's plans. No doubt egged on by his national team head coach Louis van Gaal, Bergwijn forced a move back to the Netherlands this summer in search of regular first-team football. Ajax paid £28.13 million to secure his services and the move already looks to have paid off spectacularly.

On his Eredivisie home debut for the Amsterdam club, the speedy striker netted a hat-trick in a stunning 6-1 win over Groningen. Playing on the left side of a front three (where he's likely to line up for the Dutch in Qatar), Bergwijn linked up superbly with fellow attackers Brian Brobbey and Antony. The pick of his goals was arguably his third, with the former PSV man cutting in off the left wing, shifting the ball to his right foot, and smashing it past the keeper from the corner of the penalty area.

Bergwijn's performance drew praise on social media from his ex-Tottenham teammates, Eric Dier, Sergio Reguillon, and Japhet Tanganga, proving that he's still highly thought of in North London, despite never really getting a run in the first team. His move back home looks to be in the best interests of all parties and Dutch fans will be hoping his red-hot form continues through to November.

Having spent the last two seasons on loan at Juventus from Atletico Madrid, it would be easy to think that the Spain center-forward doesn't really feature as part of Diego Simeone's first-team plans. But in the opening game of the 2022-23 La Liga season, Morata showed just why he is considered by La Roja head coach Luis Enrique to be the nation's best striker.

The former Chelsea man netted twice in a 3-0 away win over Getafe. He broke the deadlock 15 minutes into the game, assisted by Portugal striker Joao Felix. The same two combined to double the lead on the hour as they took advantage of some sloppy defending by the home side.

So where does this leave Morata's future at the club? He has been linked with a transfer to Manchester United in recent weeks, although it would be a brave man that moves to Old Trafford right now, given the club's current plight (they've started the season with comprehensive defeats to Brighton and Brentford amid fan unrest at current owners, the Glazer family).

Perhaps he's better off staying put. It's early days in the new campaign, but the signs are his partnership with Felix could be a potent one. And if his club form continues, there's no reason why he shouldn't be considered one of the favorites for the Golden Boot in Qatar. 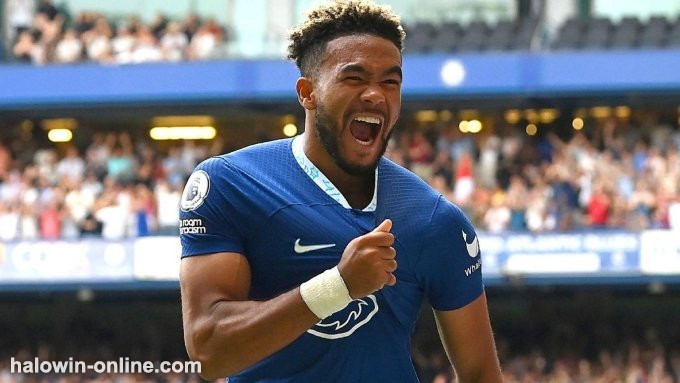 England has no shortage of world-class right-backs. The pick of them is Trent Alexander-Arnold, whose set-piece delivery, crossing, and energy down the flank make him arguably the best wide man in the global game. But not far behind the Liverpool star in terms of quality is Chelsea's Reece James.

The 22-year-old was Man of the Match in the Blues' epic 2-2 Premier League draw with bitter rivals Tottenham in Game Week 2; his performance combined expert man marking (effectively keeping Son Heung-min out of the game) with attacking wing play that Spurs simply couldn't deal with. He looked to have won the game for Chelsea on 77 minutes when he was fed the ball in space on the right-hand side of the Spurs penalty area and smashed the ball past Hugo Lloris.

What really benefits England is James' versatility. He's equally as comfortable playing on the right side of a three-man defense as at the right-wing back. And, as his dominance over Son showed, he has the attributes to play defensive midfielder too.

AC Milan began their Serie A title defense with a pulsating 4-2 win over Udinese at San Siro in Game Week 1, and the hero was Ante Rebic, who netted twice to help the champions come from behind in a ding-dong thriller.

The Croatian attacker hadn't scored a home goal since April 2021, but after a promising pre-season, he stepped up against Le Zebrette to show he has what it takes to lead Stefano Pioli's attack.

Rebic's first goal put Milan 2-1 up on 15 minutes, and he showed great composure to stroke the ball home after good work from Brahim Diaz and Davide Calabria on the right.

The former Eintracht Frankfurt attacker notched his second on 68 minutes, demonstrating a poacher's instinct to get to the ball first after battling play by Diaz.

Rebic has been omitted from the Croatia squad in recent times after a very public bust-up with Zlatko Dalic. But if he can extend his superb start to the season, the national team head coach may decide to bring the Milan star back in from the cold.

Neymar shone in Paris Saint-Germain's opening Ligue 1 wins over both Clermont Foot and Montpellier. The Brazilian netted 3 goals in the opening 2 matches, chipping in with three assists.

In previous seasons, the Selecao star hasn't impressed club supremos with his attitude - rumors are he had a habit of turning up for pre-season unfit and out of shape. This term, it's a completely different story. Neymar was reported to have returned from his summer vacation 4 days early to take part in extra conditioning work. And his efforts look to be paying off.

Could this be the year Neymar helps guide his nation to an unprecedented sixth World Cup? His form suggests it's not out of the question.