There were goals galore for some of Europe's top teams this week, as Barcelona, Bayern Munich, Paris Saint-Germain, and Real Madrid netted 22 goals between them.

Among the scorers were some of the stars we expect to see strut their stuff at this winter's World Cup in Qatar – including two from current holders, France.

In this FIFA 22 News article, we select five of the standout performers from the biggest leagues across the continent. Is their current form a sign of things to come? 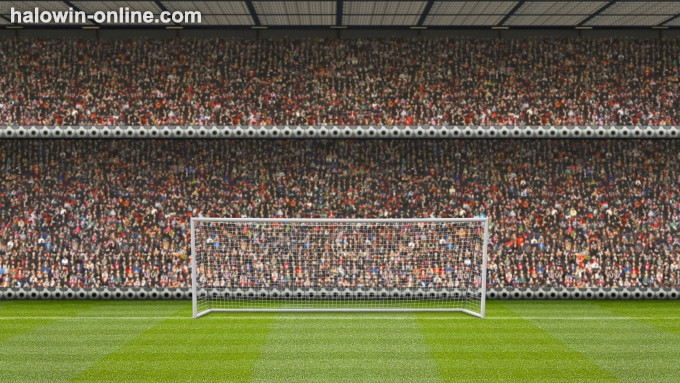 Real Madrid made it two wins from their opening two Spanish top-flight fixtures with a handsome 4-1 win over Celta Vigo on La Liga Matchday 2. Instrumental to their success was Luka Modric, who scored a goal, contributed an assist, and asserted complete dominance over the midfield with a typical virtuoso display.

The Croat is 36, but there were absolutely no signs in this match that his powers are waning. In fact, when Luka Modric was substituted on 77 minutes, even the Celta Vigo fans gave him a standing ovation.

His goal was wonderful; three minutes before half-time, the evergreen midfielder found the top corner from 25 yards from David Alaba's pass to put the visitors 3-1 up. He's now scored at least one league goal — in Bosnia, Croatia, England, and Spain — in every season since 2003-04.

What's more, some 18 of the former Tottenham playmaker's 33 La Liga goals have been rockets netted from outside the box.

If Croatia is to emulate the success of their World Cup run in 2018 (when they reached the final before ultimately losing to France), Luka Modric will undoubtedly be a key figure.

The prolific Pole proved he was one of the world's elite strikers during his time at Bayern Munich, scoring a phenomenal 238 goals in 253 games.

Having moved to Barcelona this summer, Lewandowski is showing he can boss La Liga as he did in Germany. He scored twice as the Catalans cruised to a 4-1 victory at Real Sociedad, their first win of the league campaign.

He didn't take long to get going in San Sebastian, opening the scoring in the first minute; the sharpshooter rifled in a shot after a great pass from Alejandro Balde inside the penalty area.

That said, it wasn't all plain sailing for Barca. Five minutes later, Real Sociedad's Alexander Isak equalized after latching on to a pass from David Silva. And it took a masterful double substitution from head coach Xavi to turn the game in the giants' favor.

On 64 minutes, he sent on Brazilian summer signing Raphinha and Spanish youngster Ansu Fati and the impact was almost instantaneous. First, Fati set up Ousmane Dembélé with a cheeky backheel after a fine piece of play from Raphinha. Than Fati was part of a stunning team move to assist Lewandowski for 3-1.

10 minutes later, the Pole returned the favor, and 19-year-old Fati added a fourth to wrap up the points for Barca.

Lewandowski's Poland is in Group C at the World Cup, alongside Argentina, Mexico, and Saudi Arabia. Their hopes of making it through to the knockout phase rest squarely on the shoulders of their star striker.

The bad news for Paris Saint-Germain's rivals is that the reigning Ligue 1 champions have started the season on fire. The capital club has taken maximum points from their opening three matches, scoring an incredible 17 goals in the process. And striker Kylian Mbappe has netted more goals (4) in his first 2 appearances of the season than 9 of the 20 teams in the division.

Against Lille, the 23-year-old produced a performance that was out of this world. It started pretty much right at the kick-off when Lionel Messi clipped the ball over the Lille defense for Kylian Mbappe to volley over Leo Jardim with the deftest of touches. That put PSG 1-0 up in just 8 seconds — equalling the record for the fastest Ligue 1 goal in history.

Messi, Achraf Hakimi, and Neymar added further strikes to make it 4-0 at half-time. But Kylian Mbappe was in no mood to take his foot off the gas after the break. After Neymar had made it 5-0, Lille pulled one back. Then the Frenchman used his exceptional pace to latch onto a pass from his Brazilian strike partner and lashed the ball home for 6-1. The pair combined again three minutes from time and Kylian Mbappe had his hat-trick.

All of this bodes incredibly well for French hopes in Qatar. The World Cup holders boast strength in depth, but the real jewel in their crown is Kylian Mbappe. With Messi and Cristiano Ronaldo perhaps past their best, there's a convincing argument that Les Bleus' talisman is the brightest talent on planet Earth right now.

Newcastle's star man may at times be unpredictable, but there's no denying his talent. And if he can continue the form he showed in the Geordies' 3-3 draw with Premier League champions Manchester City, there's no reason why he can't earn a call-up to the France squad for the World Cup in November.

In the words of St James' Park legend Alan Shearer, a man who knows a thing or two about virtuoso displays, Allan Saint-Maximin, "Tormented Man City with his dazzling dribbling and trickery and created the first 2 goals."

The 25-year-old has lacked week-in, week-out consistency during his spell in the North East. But, thanks to the deep pockets of Newcastle's new owners, the Public Investment Fund of Saudi Arabia, Allan Saint-Maximin has a growing roster of talented stars around him. And that can only help his cause.

The final Frenchman on this list is Kingsley Coman. The rapid winger had been suspended for Bayern Munich's previous league outings, but made an immediate impact on his return to the starting XI, scoring 1 and contributing 2 assists as the Bavarians ran riot on Bundesliga Matchday 3, beating Bochum 7-0 on their own turf.

Coman's all-around game is exceptional; he can play on either flank, is a strong dribbler, and boasts an impressive range of passing skills. In short, he has the talent to win a match for his club — or country — on his own. And when you consider that Didier Deschamps can call upon the likes of Mbappe, Karim Benzema, and Antoine Griezmann alongside Kingsley Coman, it's no wonder France are hot favorites to lift the World Cup trophy for the second time in succession.