Less than nine months remain before the official start of the Qatar World Cup schedule, but Russian President Vladimir Putin authorized Russian troops to invade Ukrainian territory on February 24, 2022, making the "Russia-Ukraine War" the first large-scale all-out war in Europe since the 21st century. As the war between Russia and Ukraine intensifies, the 2022 World Cup European qualifiers, which Russia and Ukraine were scheduled to participate in at the end of March, will inevitably be affected. If the war continues to worsen, the chances of FIFA World Cup Qatar 2022 cancellation or postponement will gradually increase. 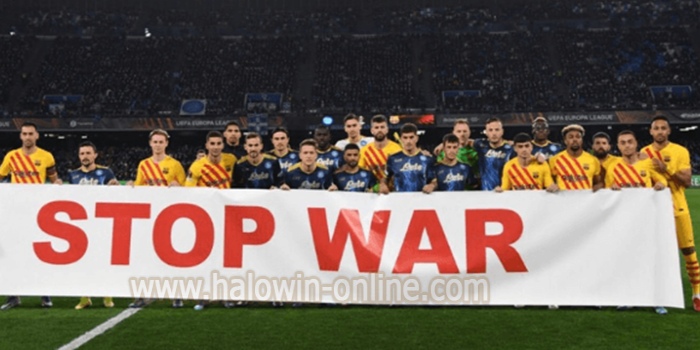 The trigger for the Russia-Ukraine conflict

In fact, the relationship between the two countries began to become tense as early as the end of 2013, when pro-Russian forces in the eastern part of Ukraine and Ukrainian government forces continued to have small-scale fighting, and Russia also took the opportunity to occupy the Crimean Peninsula, which was formerly under Ukrainian sovereignty, in 2014.

The Russian-Ukrainian war has had a considerable impact on the global political and economic levels, and the world of soccer has also been affected by the Russian-Ukrainian conflict, with the Donetsk Miners, a professional soccer team located in the eastern part of the country, forced to relocate its home base from the war-torn Donbass region to the capital Kiev as early as 2014 and become a wandering team.

After the Russian-Ukrainian war expanded and Russian troops attacked Ukraine, soccer tournaments such as the Ukrainian Super League were completely suspended due to the imposition of martial law in the country. The 2022 World Cup European qualifying tournament scheduled for March 24 and 29 was also affected by Ukraine's policy of conscription of adult males between the ages of 18 and 60 into the military, as well as strict flight control in the country's airspace.

Russia's initiative to provoke a war between Russia and Ukraine has also affected its own soccer industry. UEFA held a tight meeting on February 25 to replace the 2022 UEFA Champions League final scheduled to be held in St. Petersburg Stadium to the Stade de France in Paris, France for security reasons. The already depressed domestic economy is even worse.

In addition to replacing the 2022 World Cup European qualifiers and other venues, "FIFA World Cup Qatar 2022 cancellation" has not yet become an option considered by the host government of Qatar and FIFA, but if the war between Russia and Ukraine continues, it is also speculated that FIFA and UEFA will suspend Russia's membership, or directly deprive the 2022 Qatar World Cup qualification and other penalties.

Ukraine's 2022 World Cup internationals, who are struggling with foreign teams, have also used social media to show their support for their country. My country belongs to Ukrainians and cannot be taken over by others. Yarmolenko, who plays for West Ham United, called on Ukrainians to unite to face the war between Russia and Ukraine and said, "We stand on our land and the truth will come.

Barcelona and Napoli, who will be playing in the 2022 World Cup, also raised the slogan "Stop the War" before the UEFA Cup Round of 16 on February 24, hoping that the war between Russia and Ukraine would end as soon as possible and that the FIFA World Cup Qatar 2022 cancellation crisis would be lifted smoothly; the 2022 World Cup Russian international Smolov is the first Russian athlete to openly oppose the war. Other professional sports, such as basketball, tennis and Formula 1, have also been denounced by athletes, who hope that the war between Russia and Ukraine will end soon.

FIFA World Cup Qatar 2022, Closely related to the war between Russia and Ukraine

Will FIFA World Cup Qatar 2022 cancellation, an outcome that soccer fans around the world don't want to see, actually happen? Because of the huge commercial interests behind the 2022 World Cup (broadcast revenue, advertising sponsorship, and ticket sales), neither FIFA nor the Qatari government can easily make a decision to "cancel the 2022 World Cup" to avoid the cost of investment is completely wasted.

If the war between Russia and Ukraine does not end or expand by the end of the year, the chances of postponing the 2022 World Cup in Qatar will be greater than suspending the 2022 World Cup, but if the organizers choose to postpone the 2022 World Cup to 2023, the original schedule of national football federations and leagues will be instantly disrupted, and it will not be a result that everyone would like to see.