Change of Rain or Shine Elasto Painters Team Since Inception

Asian Coatings Philippines, Inc. is the sole owner of the Rain or Shine Elasto Painter's professional basketball team, which competes in PBA Basketball. Following obtaining the franchise rights of the Shell Turbo Chargers in 2006, which disbanded after the 2004–05 PBA season, it made its debut in the league during the 2006–07 PBA season.

The franchise participated in the Philippine Basketball League between 1996 and 2006, competing under the names Welcoat House Paints, Welcoat Paintmasters, and the St. Benilde-Rain or Shine Elasto Painters.

During that time, they were victorious in a combined total of six championships. Currently, assistant coaches Mike Buendia (1st assistant), Japan Rich Alvarez, Ricky Umayam, and Juven Formacil help the team's head coach Chris Gavina. Mamerto Mondragon is in charge of the team, and Jireh Ibaes is his assistant. We take a look at the club's history and heritage in the paragraphs below. 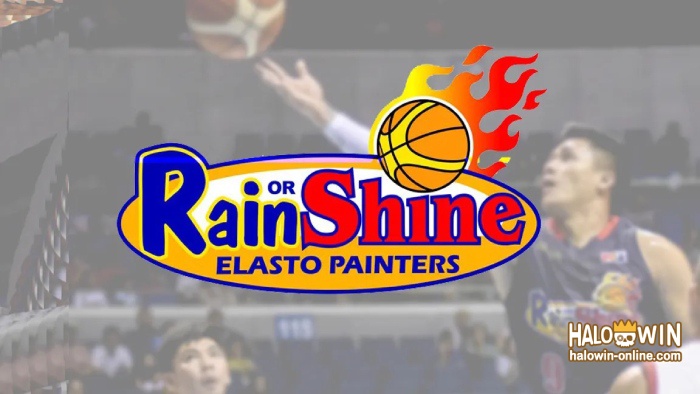 The Beginning of Rain or Shine Elasto Painters

The Rain or Shine Elasto Painters were originally known as the Welcoat Paint Masters when they first competed in the Philippine Basketball League in 1996. It won its first championship in 1999 when it competed in the Challenge Cup and defeated Red Bull Energy Drink by a score of 3-0.

Welcoat was one of the two teams considered for entry into the PBA prior to the 2000 season, but Red Bull was ultimately chosen. Since then, the Paint Masters have gone on to win a total of five further championships.
In 2005, the company formerly known as Welcoat changed its name to Rain or Shine Elasto Painters after becoming one of the subsidiaries of its parent company, Welbest. The Elasto Painters defeated Magnolia in the championship game of the Heroes Cup, which was played at the end of the tournament.

Rain or Shine had one of the worst series collapses in league history when they went from leading the series 2–0 to losing the series to the Wizards in five games. The Wizards won the series. The Elasto Painters' four consecutive appearances in the PBL Unity Cup finals ended after they were swept by the Toyota-Otis Sparks in the semifinals of the 2006 tournament.

However, they still placed third after beating the Montana Pawnshop in a one-game playoff on June 8.

On June 13, 2006, prior to the commencement of Game 3 of the Unity Cup title series between Harbour Centre and Toyota-Otis, the league presented the team with the Dynasty Honor in recognition of their ten years of success in the league.

This award was presented to the squad before the game began. During the ceremony, several current and former members of the Welcoat franchise brought all six of the championship trophies they had won during the franchise's history.

PBA Highlights: Purchasing a Franchise With the PBA

Following Shell's exit from the PBA in 2005, the league imposed a deadline on the team, giving them until the beginning of 2006 to either declare their intention to rejoin the league for the 2006–2007 season or sell the franchise to a potential purchaser.

By February, the PBA basketball had confirmed that the Welcoat would be joining the league as the tenth PBA franchise for the 2006–2007 season. It was reported that the turnover was approved to be between 30 and 40 million pesos, which is a significant decrease from the initial demand of 60 million pesos that the Turbo Chargers had.

Welcoat issued a bond of P60 million for five years, paid a participation fee of P7 million, and paid a transfer fee of P6 million.

As an added incentive, the PBA gave Welcoat the opportunity to select three amateur players from the Rain or Shine team that played in the PBL. The Paint Masters took three players from the core of their amateur team and elevated them immediately into the professional ranks: Jay-R Reyes, Junjun Cabatu, and Jay Sagad, who was named Most Valuable Player at the NCAA Level.

Welcoat also secured the services of PBL veterans Noo Gelig, an undrafted point guard named Froilan Baguion, Jercules Tangkay, and Adonis Sta. Maria and Rob Wainwright, both of whom had previously played for Shell. Welcoat was able to acquire Denver Lopez from San Miguel and Gilbert Lao from Coca-Cola during the dispersal draft.

In August of 2006, Welcoat announced that they would be playing in the professional league under the Welcoat Dragons. At the same time, they grabbed former players from the UP Fighting Maroons, Abby Santos, and Jireh Ibaes, to play on the team as rookies. However, Santos did not sign with the team. The squad adopted the name "Rain or Shine Elasto Painters" in 2008. They started off the 2008-09 PBA Philippine Cup with a surprising 120-102 victory over Air21 in their opening game. The Elasto Painters, who had high hopes of making the playoffs, lost to the Talk 'N Text Tropang Texters in the quarterfinals.

They advanced to the quarterfinals with a 10-8 record but were swept 2-0 by the eventual champions, the Sta. Lucia Realtors, after having Norwood and Mercado ejected from Game 1. As a team, their 10 wins were more than double their previous best season total.

They got off to their greatest start ever in a PBA Commissioner's Cup season under Yeng Guiao in 2011, going 3-0. They had a worse point differential than Ginebra and Petron, leading to a 9-5 record and fifth place in the 2011-12 PBA Philippine Cup.

They eliminated the fan-favorite Barangay Ginebra Kings with a 2-0 sweep to reach their third consecutive semifinal. They lost a close game (3-4) against the 8th-seeded Powerade Tigers, who had earlier knocked off the fan-favorite top seed B-Meg Llamados.

The historic signing of Bruno undov, a Croatian center, happened during the 2012 PBA Commissioner's Cup. He was the first European player to participate in the league and played center for the Croatian squad.

Under coach Yeng Guiao, they defeated B-Meg Llamados in a must-win game of the 2012 PBA Governor's Cup, 92-82; nevertheless, B-Meg Llamados ultimately prevailed in a playoff elimination game against the Barangay Ginebra Kings.

Rain or Shine Elasto Painters beat B-Meg Llamados 91-80 in a tough first game for the 2012 Governor's Cup. The six-year-old franchise beat B-Meg 83-76 on August 5, 2012, to claim their first Championship championship.

After the elimination rounds were completed, they were the runner-up in the 2013–14 PBA Philippine Cup. After sweeping a one-game series against GlobalPort Batang Pier, they advanced to the semifinals.

Despite losing coach Yeng Guiao in Game 5 of the semifinal series, they still managed to overcome the Petron Blaze Boosters 4-1. They reached the finals but ultimately fell to San Mig Super Coffee Mixers, losing in a best-of-seven series.

They advanced to the semifinals of the 2014–15 PBA Philippine Cup as the second seed in the standings, earning them a bye into the postseason. In the semifinals, they met Alaska and lost in six games.

As they awaited Wayne Chism's release from Israeli club Hapoel Gilboa Galil, they fielded Rick Jackson in the 2015 PBA Commissioner's Cup as a temporary import. On 2/16, Wayne announced that he was now ready to play for Rain or Shine, and he was planning to make his debut on 2/20.

They came out on top of the quotient system eliminations. It's their first victory in the PBA Governors Cup since 2012.

In the regular season of the 2015–16 PBA Philippine Cup, they placed third and thus qualified for the playoffs, where they went on to defeat Blackwater in the first round of the quarterfinals and TNT in the second round.

In the semifinals, though, they were defeated by San Miguel in six games. They made Wayne Chism their import for the 2016 PBA Commissioner's Cup for the third time, despite the fact that Chism suffered a hamstring injury in a game against Meralco on February 17 and was thus questionable for the rest of the conference.

They originally picked Dior Lowhorn as their import for the 2016 PBA Governors' Cup, but they lost back-to-back games in the middle of the conference, prompting them to replace Lowhorn with Jason Forte in September. Josh Dollard took over for him after two games. After losing 94-105 to Phoenix, Rain or Shine had no shot of securing the eighth and final playoff spot. Guiao's time as Rain or Shine's head coach would end.

The NLEX Road Warriors announced on October 5 that they had signed Yeng Guiao. Because of this, the team's assistant coach Caloy Garcia will take over as head coach for the upcoming season. Their starting point guard, Lee, was traded to Star on October 13 for James Yap. GlobalPort acquired Jay Washington in exchange for J.R. Quiahan on the same day.

Josan Nimes was traded to Mahindra on October 14 for a 2018 second-round draft pick. Jolly Escobar and Matthew Makalintal, both formerly of the PBA, have been signed as assistant coaches for Rain or Shine.

The members of the squad have gone above and beyond only competing in field events; they have taken the community by storm. The players of the Rain or Shine Elasto Painters, including two-time Most Valuable Player James Yap, Rookie Gian Mamuyac, and Sophomore Star Santi Santillan, took center stage during a painting project that was sponsored by the firm for the benefit of a public school in Quezon City.

Although they didn't do well in the 2022 PBA Commissioner's Cup, their fans are definitely looking forward to their performance on PBA Basketball 2023.