How Meralco Bolts Comes From Electic into the PBA Basketball

Meralco Bolts, led by head coach Norman Black, have been performing exceptionally well and earned a fifth-place finish in the PBA cup. However, it is vital to take a look at the long journey of the Bolts, which even predates the existence of the PBA and is one of the oldest clubs in PBA Basketball. Keep reading to learn more.

The Meralco Reddy Kilowatts were a formidable basketball team that competed in the Manila Industrial and Commercial Athletic Association (MICAA) from 1968 until 1972.

They were known for their dominating ability on the court. They temporarily became members of the MICAA before World War II while operated by the MERALCO Athletic Club of the Manila Electric Company (MERALCO).

Meralco Bolts were readmitted to the association in 1968. After claiming victory over the Crispa Redmanizers, the group was awarded champions of the 1971 MICAA Open.

Following the dissolution of the Ysmael Steel squad in 1968, the YCO-Ysmael Steel rivalry ended, which prepared the way for the MERALCO-Crispa rivalry to begin in 1970.

During the 1971 MICAA All-Filipino tournament, Reynoso and Jaworski struck referees Eriberto "Ting" Cruz and Jose "Joe" Obias over what the two players felt to be questionable calls against MERALCO. 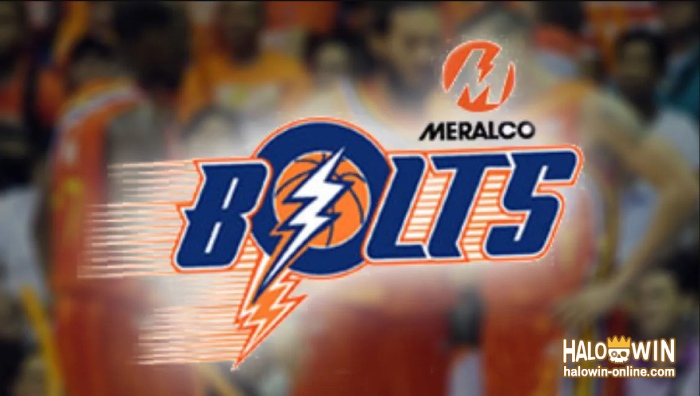 The referees were Eriberto "Ting" Cruz and Jose "Joe" Obias. After the incident, both players were given lifelong penalties from the national team, but those suspensions were subsequently overturned so that both players could compete for their country in the 1973 Asian Basketball Championship.

After the onset of Martial Law in the Philippines in 1972, which resulted in the government of Ferdinand Marcos seizing MERALCO from Eugenio Lopez Sr., the squad was disbanded that same year.

In June of 2010, there were rumors that Meralco had indicated an interest in joining the PBA and intended to buy either Sta. Lucia's or Barako Bull's franchise after both clubs had traded away the majority of their big players.

Sta. Lucia subsequently filed a "leave of absence." The sale of the Sta. Lucia franchise to Meralco was granted final approval on August 10 by the PBA board of directors. The name "Meralco Bolts" was given to the team.

During the 2010–11 season, the Bolts made their debut. They got off to a good start in the Philippine Cup by beating the Barangay Ginebra Kings, who were the favorites of the audience. They finished with a record of 7–7, which was good enough to advance them to the quarterfinals of the competition. They were defeated by the B-Meg Derby Ace Llamados by a score of 2-0. They pulled off a major deal in advance of the PBA Commissioner's Cup by getting Solomon Mercado, Paolo Bugia, and Erick Rodriguez in exchange for their players. Additionally, they added the 3-point shooter Renren Ritualo to their roster. After compiling a record of 3–6, they were eliminated from the competition despite having retooled their lineup and brought in Anthony Dandridge and Chamberlain Oguchi from overseas. The same thing happened during the PBA Basketball Governor's Cup when they finished with a 3–5.

Meralco added to their frontcourt depth by selecting Gilas reserve Jason Ballesteros as well as Gilbert Bulawan in the 2011 Philippine Basketball Association Draft.

In the 2011–12 PBA Philippine Cup, they had an overall record of 8–6 wins and losses, but they were defeated by the Petron Blaze Boosters and finished in sixth place. In the 2012 PBA Commissioner's Cup, they finished in sixth place with a record of 4–5, which included an upset victory over the Powerade Tigers by a score of 102–98, although the Bolts were once again eliminated before the semifinals.

They have three consecutive sixth-place finishes in their franchise in the PBA Governors Cup in 2012, 2013, and 2014. They defeated the Powerade Tigers in the elimination game for the final spot in the semifinals, 94–86, which allowed them to move on to their first semi finals appearance in their franchise's history.

It was stated by Ramon Segismundo that the team's outfit for the 2012–13 season will include design aspects that are comparable to those of the uniforms that the Meralco Reddy Kilowatts wore in the year 1971.

Before the start of the new 2013–14 season, the Bolts made several roster adjustments throughout the offseason.

They were able to acquire Gary David, also known as "El Granada", from GlobalPort in exchange for Chris Ross, Chris Timberlake, and Meralco's second-round picks in 2016 and 2017. In addition to that, they sent Mark Cardona to Air21 as part of a three-way transaction that resulted in the acquisition of Rabeh Al-Hussaini and surrendered the rights to Asi Taulava to Air21 in return for Mike Cortez.

Lastly, they have exchanged the rights to Asi Taulava for Mike Cortez. They also traded Jay-R Reyes for Ginebra's Kerby Raymundo in order to obtain him.

Raymundo is pondering retirement as a result of a lingering knee ailment that has prevented him from playing for the Bolts ever since he was moved to them.

They picked up Danny Ildefonso, who had been fired by Petron without any fanfare, for the remainder of the conference when the eliminations were about halfway through.

The Lightning signed Danny I for the remainder of the season after it was determined that he is still physically capable of playing the game and has the potential to contribute to the club in terms of his leadership and good influence.

During the PBA Philippine Cup conference, they got off to a strong start and were able to win games against teams who were ranked higher than them, such as Ginebra.

In spite of this, they went on a losing trend that ultimately resulted in a four-way tie for last place with Alaska, GlobalPort, and Barako Bull.

Meralco was obliged to play a sudden-death game against Alaska Aces in order to determine the eighth and final position in the playoffs. This was necessary because both Barako Bull and GlobalPort have better quotients. After losing to the Aces, they were no longer eligible for the playoffs and were hence eliminated.

They had a strong performance in the PBA Philippine Cup conference in 2014–2015. They even managed to knock off the reigning champion Purefoods Star Hotshots. However, they were ultimately knocked out by the Alaska Aces.

As a result of their strong performance throughout the 2015 Commissioner's Cup, they currently hold an unblemished record. In addition, the team boasted the foreign player Josh Davis, who contributed to keeping their winning streak alive.

In the Governor's Cup, the club decided to go with Seiya Ando as their foreign player, in addition to Andre Emmett. Because of this, Ando was the first player imported from Japan to participate in the league.

The PBA Philippine Cup 2015–2016 did not live up to the standards set in previous years. They were the ones who suffered the most, with a record of 1–10. Despite this, the team chose Chris Newsome and Baser Amer in the selection.

The squad showed significant growth during the Commissioner's Cup when they were headed by former Maccabi Tel Aviv BC star Arinze Onuaku, who went on to earn the title of Best Import Player in the Conference.

The team did quite well overall in the tournament. The team also endured various difficulties, including the suspension of Gary David in a game during an elimination phase as a result of his disobedience to the club's leadership.

After some time had passed, David was taken off the lineup and placed on the list of unrestricted agents.

In addition, for the first time in their franchise's history, the squad advanced to the finals of the Governors' Cup. The Bolts were successful in causing an upset by sweeping their best-of-five semifinal series against the top-seeded TNT KaTropa in just four games.

They were pitted against the fan-favorite team, Barangay Ginebra San Miguel in the finals. Meralco was considered the underdog going into the Finals, yet they were still able to put up a fight and even win Game 1. Even though Ginebra prevailed in the Finals in just six games, many commentators agreed that it was one of the most fascinating series in recent memory.

Both Chris Newsome, a rookie guard/forward, and Meralco's import, Allen Durham, who won the title for Best Import, are winners of the Rookie of the Year award.

It is important to note, however, that the Meralco Bolts is a professional basketball club that started in 2010. This came about after the Manila Electric Company (MERALCO) purchased the PBA franchise of the Sta. Lucia Realtors.

In addition to the TNT Tropang Giga and the NLEX Road Warriors, businessman Manuel V. Pangilinan owns this team as well as two other PBA teams.