A few hours before the tip-off of game four in the best-of-seven finals series between Barangay Ginebra San Miguel and the Bay Area Dragons at the ongoing 2022-23 PBA Commissioner's Cup, it is still not sure if Bay Area Dragons import Andrew Nicholson would play after suffering an injury late in the third game.

If the team decided to sit Nicholson out, they can still play with their injured/reserved import, Myles Powell, who himself is still recovering from the effects of a torn tendon in his toe that he suffered during the team's practice at the end of the elimination round. 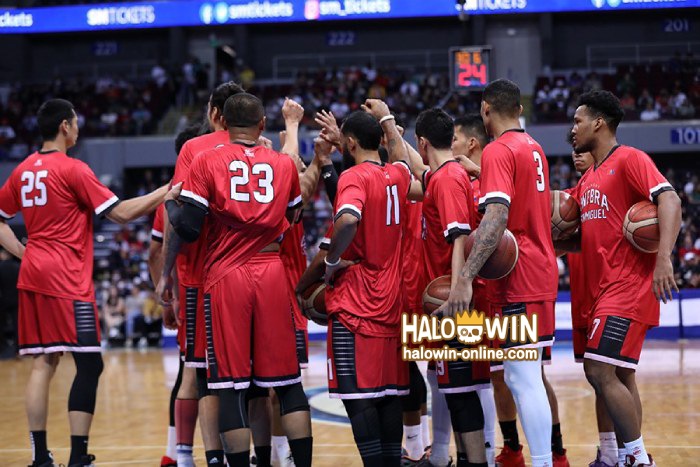 Since the semifinals, Nicholson has been leading the Bay Area Dragons in terms of points and rebounds. In all three games in the best-of-seven final series, Nicholson had a double-double performance.

In Game 1, Nicholson had 27 points and 12 rebounds in a losing effort, but he quickly led the team in bouncing back in Game 2 with 30 points and 15 rebounds. Nicholson doubled his effort in Game 3 with 23 points and 24 rebounds in what could have been his last game.

If Myles Powell returned, he would play the rest of the games of the Bay Area Dragons, according to the rules the PBA imposed on them as a guest team. 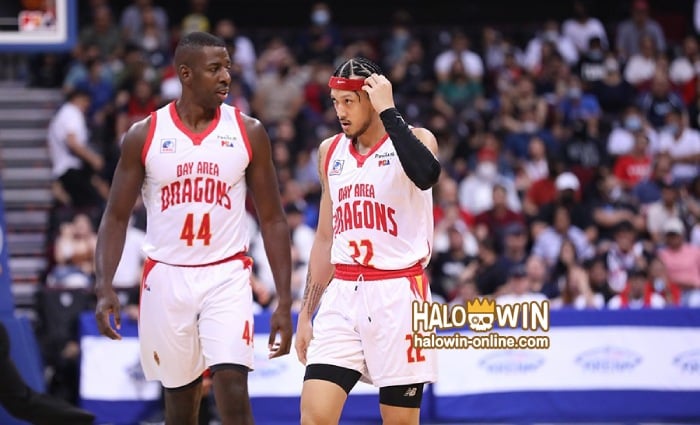 There's a higher chance that Myles Powell could return in Game 4. As a background, the Bay Area Dragons are a franchise team of the East Asia Super League (EASL) aside from being a guest player in the PBA. In the 2022-23 East Asia Super League, a team is allowed to have two non-Asian imports since all Chinese citizens, including Hong Kong nationals, are considered locals.

However, the Bay Area Dragons chose to activate Nicholson during the start of their quarterfinals campaign due to Powell's injury. Eventually, the team chose Nicholson to be their import for the rest of the conference.

Now that Nicholson is also injured, it has been reported that the PBA gave the Bay Area Dragons an option to switch import. However, if they choose to reactivate Powell, they need to stick with him until the end of the conference.

When the team decided to use Powell instead of Nicholson, it would be a headache for the Barangay Ginebra San Miguel and its head coach Tim Cone. The number one reason for this is that they never faced the Bay Area Dragons with Powell as its import.

In fact, Powell has never lost a match he was playing. In his eight games, Powell led the league with 37.3 points, 8.4 rebounds, 3 assists, and 2 steals per game.

Without a definite Bay Area Dragon import, coach Tim Cone is open to the possibility of either import playing in the crucial Game 4 of the best-of-seven series, even though Bay Area Dragon head coach Brian Goorjian initially assessed Powell's comeback to be in March at the East Asian Super League.

Coach Tim Cone, the highest winning rate PBA coach in the history of PBA, said, "We know that Powell is in the background. We don't know if he is healthy or whether they can change to him or not. We don't know that stuff. We will be prepared for anything. In any case, we will have to change the way we play defense. It would be interesting." Regardless if it would be Andrew Nicholson or Myles Powell, the greatest enemy that the Bay Area Dragons are facing is themselves. All three games of the best-of-seven finals series have been controversial, with both Tim Cone and Brian Goorjian throwing some hot words against the referees – and sometimes, each other – for the games' officiating.

Although PBA Commissioner Willie Marcial denied earlier reports that he summoned Goorjian to his office, the league slapped Bay Area Dragons players Myles Powell for 100,000 pesos, and Hayden Joel Blankley for 75,000 pesos for their online rant about the officiating of Game 3, which the Barangay Ginebra won, 89-82.

Game 3 of the finals also saw the Bay Area Dragons' lead of as high as 14 disappear after the players went off after the referees called them for a total of 28 personal fouls, more than double Barangay Ginebra San Miguel's 12.