Since 1975, the PBA has hosted several legendary players. All the great players who have ever played in the PBA have been immortalized in the league's record books. However, there has been such a vast variety of talent, playing styles, athleticism, ability, and coaching throughout the game's history that it is difficult to choose a single player as the best of all time. In determining those that fit into the top 10 PBA players below like Alvin Patrimonio, a lot of factors were considered. We have considered not only a player's strengths and flaws but also their total statistics, awards, and time spent playing. 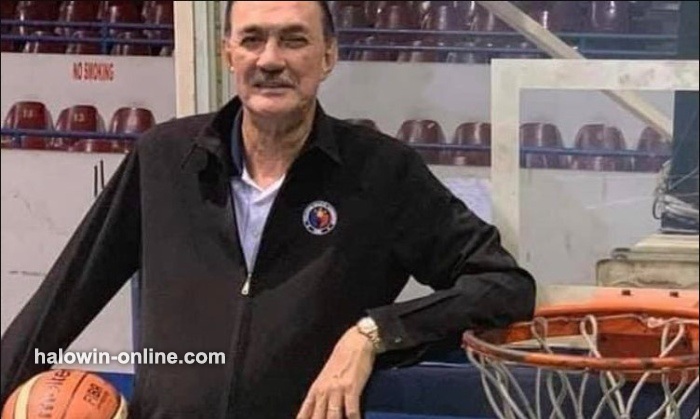 Fernandez was born on October 3, 1953. He started playing in the PBA for Toyota and then moved on to play for Manila Beer, Tanduay, Purefoods, and San Miguel. In his record, Fernandez won 19 PBA titles. He also won four PBA Most Valuable Player awards. Fernandez was 6 feet, 4 inches tall at his best. In the last few years of his career, he grew to 6 and 5 inches tall. He ended his PBA career with 18,996 points, making him the all-time league leader. Throughout his career, Fernandez made it to the second all-time player in rebounds, blocked shots, free throws, and minutes played. He also holds the PBA record for most games played, most assists, most games started, and most recoveries. Fernandez played basketball for the Philippines national team and participated in several international games. Many people who have watched the Philippine Basketball Association for a long time say that he is the best player the league has ever seen.

Even though he has been out of professional sports for a long time, his reputation as a player still stands out. He was a professional basketball player, head coach, and the Philippine national basketball team head coach. He played in the Philippine Basketball Association for 23 years. After being chosen as one of the PBA's 40 best players, he was drafted into the PBA Hall of Fame in 2005.

When he was young, Jaworski played basketball on the rough streets of Manila. In 1964, he was the best player on the University of the East Red Warriors team in the University Athletic Association of the Philippines (UAAP). The Red Warriors from Recto, Philippines, won the UAAP title in 1965 and 1966, thanks to Jaworski's great play.

Because of how well he did all season long in 1966, Jaworski was chosen to represent his country in the Asian Games held that year in Bangkok. The following year, Jaworski led the Philippine basketball team to win the Asian Basketball Championship (now called the FIBA Asia Cup) in Seoul, South Korea, by beating the host country, South Korea.

He was the undisputed leader of the Toyota team, having won nine PBA titles. He was the best player in 1978, winning the MVP award. Jaworski's MVP season, when he has an average of 20 points, 12 assists, and almost nine rebounds per game, could have been his best. Jaworski won the All-Filipino title for the first and only time in 1988 when he beat Purefoods Hotdogs in a very tense final.

Bogs Adornado, three-time MVP's shooting brilliance, revolutionized Philippine basketball. When he was six years old, he started playing basketball and became a legend for Rogelio Serafico and the University of Santo Tomas' Glowing Goldies. During his first year, Adornado led the UST Goldies to a championship game versus the University of the East, which resulted in a tie and a championship for both teams. For these reasons, he won the PBA scoring title three times in his career.

For a number of seasons, he led the league in free throw percentage thanks in large part to his characteristic pump fake, which allowed him to beat off even the best defenders. Adornado had a career-ending knee injury early in his career, but he came back strong. 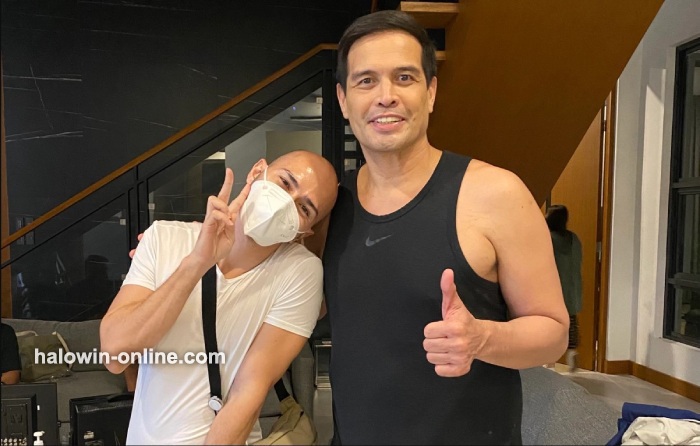 Alvin Patrimonio was born on November 17, 1966. He was a professional basketball player in the Philippines and the PBA. He is currently the team manager for the Magnolia Hotshots. At the Asian Games in 1986, Alvin Patrimoniowas part of the amateur team from the Philippines that won the bronze medal led by Joe Lipa, finishing behind China and South Korea. The Captain was the best power forward of his time.

Alvin Patrimonio was a scoring machine who often got double-teamed. The Most Valuable Player award was given to Patrimonio four times. His 15,091 points put him in third place on the all-time list. He didn't miss a single play in 596 games, which is a record not until 2019, guard L.A. Tenorio broke the record.

In college, he was called "The Tower of Power," a good name isn't it? In the professional world, Paras continued to be the best. Big men who went up against him had a hard time finding a good matchup because he was so strong and quick.

It was conceivable that the "Flying A" would become the first Filipino to play for the Charlotte Hornets. He was short, but he had all the skills necessary to be a starting point guard. He was a force on both ends of the court, able to generate his shot and playmaking instincts. His excellent basketball Intelligence was to be expected.

Despite his small stature, he played on the Philippine national basketball team multiple times and was named the league's Most Valuable Player in 1996. He is currently the head coach of the FEU Tamaraws and an assistant coach for the Magnolia Hotshots.

In the 1993 PBA Draft, Alaska picked Abarrientos third overall. He immediately made an impact on the team. With Abarrientos at the helm, Alaska won eight PBA titles and the grand slam in 1996.

Abarrientos was honored as one of the PBA's 25 Greatest Players of All Time on April 9, 2000, in conjunction with the league's anniversary celebrations. During the same season, he was also selected MVP and Best Player of the Conference in the Commissioner's Cup.

Ricardo Brown was called "The Quick Brown Fox" due to his quickness and pace. He had some of the best handles anyone had ever seen in Philippine basketball. He could also jump well and pass the ball in a way that made his teammates look good. Brown was named one of the PBA's 25 best players in 2000.

In 1985, he was named Most Valuable Player, winning 7 PBA Championships with Great Taste and San Miguel Beer. Ricky still has the highest career average of 23 points per game, seven assists, and the highest percentage of free throws made.

Caidic started playing basketball at the University of the East. In 1987, he moved to the PBA, quickly breaking several records for both leagues. He is known as "The Triggerman" because he always hits the target when he shoots. Caidic is the best Filipino marksman, no one else seems to come close. His 76 straight free throws were a record, and until Jimmy Alapag beat them, so were his 1,242 career three-pointers.

The team's goal was to win the Asian Basketball Confederation crown, now called the FIBA Asia Championship, for the first time since the Philippines won it in 1973. In 1985, Caidic's San Miguel Beer-Philippines beat Gene Keady's United States team in the finals of the William Jones Cup. 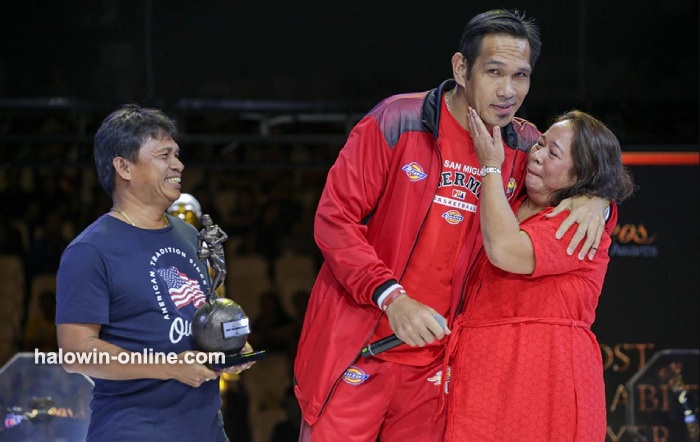 June Mar S. Fajardo plays basketball professionally in the Philippines. He was called "The Kraken" because of his colossal size and his uncanny ability to use it to his advantage against people who were about the same size as him. He made his professional debut in 2012.

Fajardo didn't do well in his first two conferences, but he turned things around in his third. In the PBA Philippine Cup in 2012–13.

Fajardo was chosen to play for the Philippine national team. Fajardo made the final 12-person roster for the 2013 FIBA Asia Championship, which was a qualifier for the 2014 World Championships. Fajardo has a record-setting six MVPs after winning the league's most prestigious individual award for the sixth year. He was again named to the Mythical First Team and the Mythical All-Defensive Team.

Yap is a professional basketball player from the Philippines. Yap played high school basketball at Bacolod Tay Tung and Iloilo Central Commercial, where he helped lead his teams to three straight PRISAA championships.

After that, he played college basketball with the University of Eastern Oregon Red Warriors, where he was instrumental in leading the team to its first Final Four appearance in ten years in 2002.

Big Game James played with the Star Hotshots for twelve seasons, during which time the team won seven PBA titles.

He was traded away from the team in 2016. In addition, from 2004 to 2019, he has been named a PBA All-Star a whopping 16 times. Yap was a deadly scorer with a wide range of options. In addition to his massive hands, this made his opponents' lives difficult. Over time, he matured into a capable defender. It is safe to say that Yap was as clutch as they come, as he scored several unforgettable game-winning baskets.

It is easier said than done to wish to get into the top 10 PBA Players of all time. It takes a lot of hard work coupled with consistency to attain such a fit. We keep our fingers crossed to see if any current players can break into the list of players of all time.