The San Miguel Beermen made sure that their loss against the Converge FiberXers during the elimination round would not happen again. The Beermen took first blood against the FiberXers in game one of their best-of-three series at the quarterfinals of the PBA Commissioner's Cup.

San Miguel's balanced scoring from both the starters and the bench players proved to be too much for Converge's Quincy Miller. Beerman Jaymar Perez led his team with 25 points with Devon Scott adding 23 points and 12 rebounds. Rounding up San Miguel's scoreboard was Junmar Fajardo with 19 points and 16 rebounds, and Marcio Lassiter with 11 points.

On Converge's side, Quincy Miller was the lone scoring machine with 41 points and 13 rebounds. Missing from the team was the usual support they get from locals.

Aljun Melecio and Justin Arana posted 11 points apiece, while captain Jeron Teng was limited to five points in a dismal 1/7 field goal made. Abu Tratter tried to be the spark off the bench by providing 10 points, added by Maverick Ahanmisi's seven.

The hot hands of San Miguel's starting five proved to be too much for Converge as they exact revenge against their elimination round tormentors, 114-96. 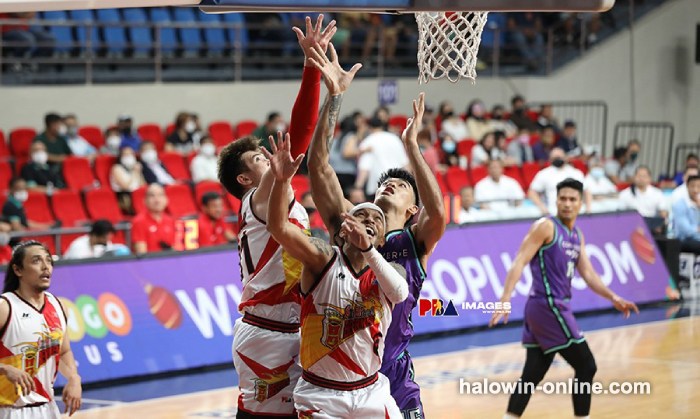 PBA Recap: San Miguel's Hot Hands In The First Half

The San Miguel Beermen entered the game with confidence as the most-winningest team in PBA's history with Simon Enciso, Marcio Lassiter, Junmar Fajardo, Devon Scott, and Jaymar Perez on the floor.

Converge's Quincy Miller won the jump ball and sank a 2-point jump shot but they could not find their rhythm on the court, playing catch up to San Miguel ever since.

The first quarter ended in favor of the Beermen, 21-13. San Miguel continued their masterclass in the second quarter with Terrence Romeo tormenting the foul-troubled FiberXers as they extend their lead, 55-32, coming into the halftime break.

The Converge FiberXers had not bounced back from their dismay first half performance. In the third quarter, with 4:11 minutes remaining, the Beermen extended their lead to 31 before the Converge managed to cut the deficit by 23 at the end of the quarter, 88-65.

In the last quarter, the Converge FiberXers tried their very best to cut the final score but their shots could not find the bucket. 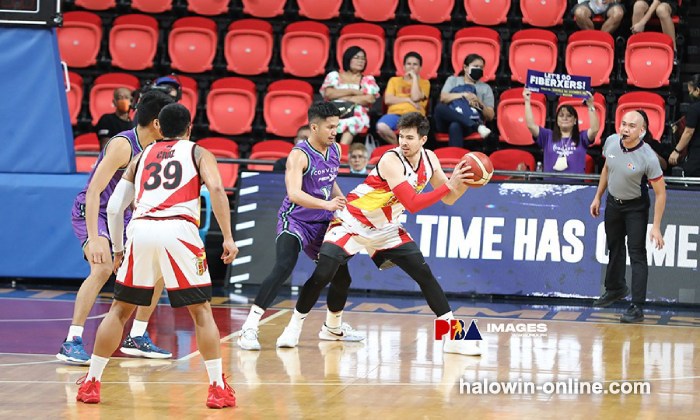 The Converge FiberXers recorded 30 personal fouls, nine more compared to San Miguel Beermen's 21. The Beermen capitalized on the foul-troubled Converge with 27 points from a free throw, with 71% efficiency. One of the many reasons why Converge also lost was just their dismal performance on the court.

The FiberXers had a 38% field goal efficiency, with only 35 out of 90 attempts have been converted to points. As a comparison, San Miguel had a 48% efficiency with 39 out of 81 attempts making the net.

One of the many mistakes Converge did during this match was they throw more three-point shots against San Miguel Beermen. The FiberXers had 41 attempted three-point shots with only 6 of them making the net, having a disappointing 14% efficiency from the rainbow territory. Meanwhile, San Miguel only tried three points 25 times with 36% efficiency.

One thing Converge could do is block the scoring machine of San Miguel. The group recorded 6 blocks, compared to San Miguel's one.

Both teams had the same number of steals at eight, but the Beermen just know how to properly distribute the ball and execute Coach Leo Austria's game plan after dishing out 31 assists, almost double from Converge's 15. 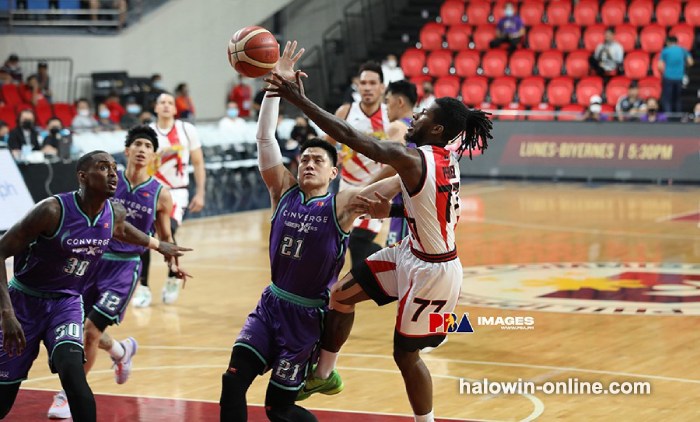 The bench scores of both San Miguel Beermen and Converge FiberXers do not have a huge difference. The FiberXers had 26 bench points while the Beermen had 28.

The only difference between the two team was how hot the starting five were. San Miguel's starting five - Simon Enciso, Marcio Lassiter, Junmar Fajardo, Devon Scott, and Jaymar Perez ­- all have at least a 40% field goal efficiency rate, with the quintet combining for 86 points, 37 rebounds, and 24 assists.

The San Miguel Beermen starting five played at least 25 minutes or more but Coach Leo Austria made sure they got enough rest between the quarters to make sure that their consistency would be there.

In terms of Converge FiberXer's minutes, Miller played for a whopping 43 minutes, but his support system was nowhere to be found. Maverick Ahanmisi played for 33 minutes but he only contributed seven points and six rebounds. 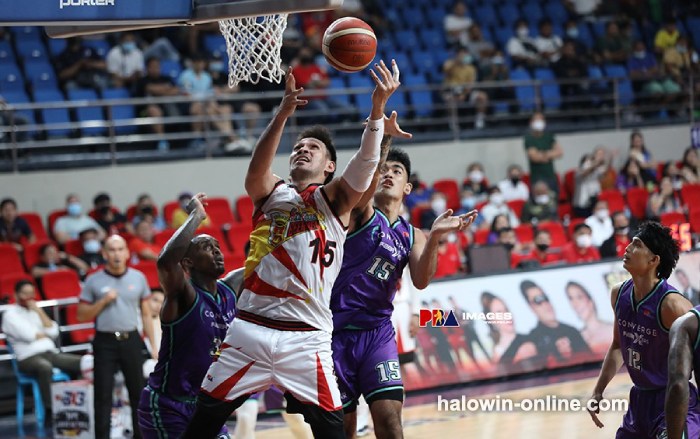 The best-of-three affairs between the San Miguel Beermen and the Converge FiberXers could swing both ways. Although the Beermen found themselves on the winning side of the first game, the FiberXers could easily bounce back from the defeat.

For San Miguel Beermen, the only thing they need to do is to trust Coach Leo Austria's system and execute the plan properly. The Beermen need to continue supporting their import Devon Scott with balanced scoring. During game one, Scott found a friend in Jaymar Perez and Junmar Fajardo to help him carry the team to victory.

For Converge FiberXers, Coach Aldin Ayo needs to go back to the drawing board, and give his players extra time to practice their shooting.

Although they shocked the PBA when they recorded a win during the elimination round, playing in the playoffs against the winningest team in the league is a different story in itself. The first game is also a nice way to remind the locals to support their import, Quincy Miller, who could not do it himself. After all, basketball is a team effort.

If San Miguel Beermen manages to close the series or if the Converge FiberXers extends the series to a do-or-die game, Halo Sports will be covering them, as well as other PBA Games this playoff.