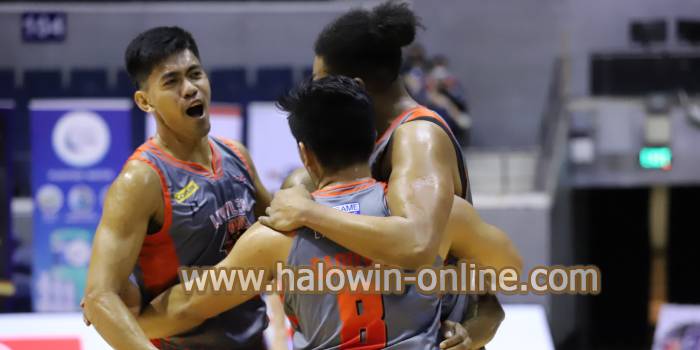 Jorey Napoles scorched hot for a game-high-tying 11 points for the Appmasters, including a long bomb off a Reymar Caduyac assist that broke an 18-18 tie with 2:50 minutes left.

Chris Javier converted a layup seven seconds later to pull the Tropang Giga within a point, 19-20, but Ganuelas-Rosser sealed the deal by cashing in a two-pointer from the right corner.

Ganuelas-Rosser finished with 5 points, 2 rebounds, and 2 blocks for Limitless, which is also the only repeat champion in the maiden conference after reigning in Legs 5 and 6 before it won the Grand Finals.

Taking home the top prize of P100,000, the Appmasters sapped strength from Caduyac and Marvin Hayes, who combined for 6 points, 6 rebounds, and 5 assists. Hotshot guard Almond Vosotros caught fire for 11 points, but that went down the drain as TNT settled for its third straight runner-up finish.

In the battle for third, Platinum Karaoke secured its first podium finish in the second conference after taking down Purefoods in a thrilling 18-17 win. The Tropang Giga, who bagged P50,000, captured the Leg 1 championship but finished second and third in Legs 3 and 4, respectively.

Ryan Monteclaro and Chris de Chavez recorded 6 and 5 points, respectively, as Platinum held on after Joseph Eriobu missed the potential game-winner for the TJ Titans to pocket P30,000.

Leg 4 titlist Meralco started its Leg 5 campaign with a sweep of its first three games but ended its run with back-to-back losses, crashing out in the quarterfinals following a 13-21 loss to Purefoods.