SCOTTIE Thompson capped a remarkable PBA Governors' Cup campaign by winning his first ever Best Player of the Conference award in runaway fashion. Thompson wins first BPC plum in runaway fashion. The Barangay Ginebra guard won the highest individual honor of the conference hands down, amassing a total of 1,128 points from the combined statistical points and votes from the media, players, and the PBA office.

Thompson received so far in his 7year pro career. Best Player Thompson bested TnT rookie sensation Mickey Williams, NorthPort's prolific gunner Robert Bolick and former MVP Arwind Santos, and Phoenix star Matthew Wright in claiming the biggest personal award.Thompson, 28, topped the statistics with 401 points, and got the nod of the media (480), players (97), and PBA (150) to emerge the unanimous choice for the coveted honor. 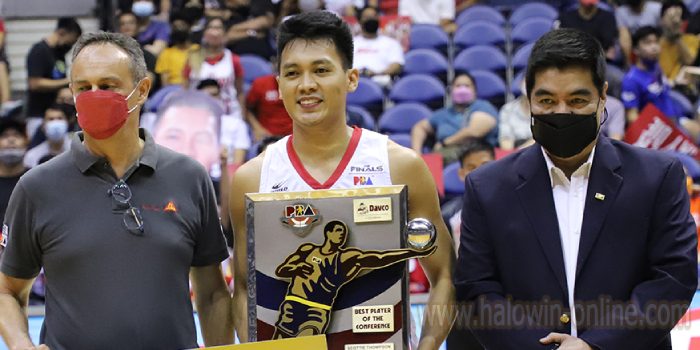 Bolick, who led the BPC race from the eliminations onwards, finished third with 581 points, followed by Santos (428) and Wright (416).

Thompson was handed the award by commissioner Willie Marcial before Game 4 of the Governors' Cup finals between Barangay Ginebra and Meralco at the Smart Araneta Coliseum.

Williams, the leading contender for the Rookie of the Year, was a far second with 699 points behind 373 statistical points, 221 votes from the media, 30 from the players, and 75 from the PBA.

Each PBA bet has its odds, profit will vary too. Please always remember: Higher odds come with higher risk. Go forward with HALOWIN bet site in the Philippines to win ₱1100!