As the highest individual honor in world football, the Ballon d'Or has never failed to attract attention. 2021 Ballon d'Or suspense was finally revealed - Messi took home the Ballon d'Or for the 7th time in his career with 613 votes over Levandowski's 580 votes. This night, social media cheered for Messi, the comment section went crazy for Messi, and the Eiffel Tower lit up for Messi. At least on the level of personal honor, the Argentinean Ballon d'Or is the "best ever". 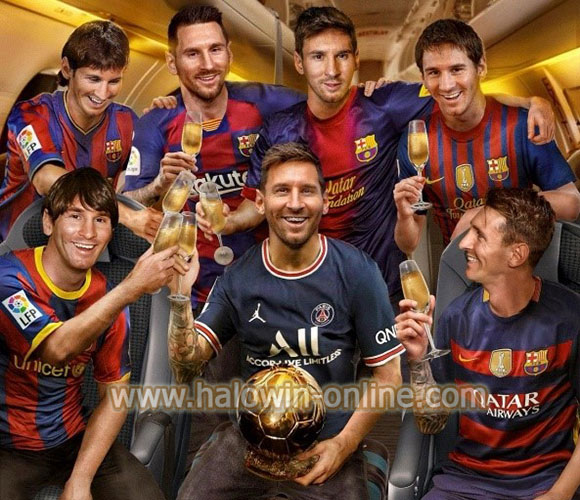 Lionel Messi Seven Stars in a Row: The Man Who Went to Romantic Paris

Does Lionel Messi deserve the Ballon d'Or? This topic has been widely discussed since the beginning of the new season. If placed in this summer, this is not a problem at all, when Messi and Argentina won the Copa America together, and the contract renewal with Barcelona seems to be nailed on, the national team honor is like a layer of paper, according to Messi influence, as long as the club's performance is not too "hot eyes", basically can lock the Golden Ball Award.

However, there was an accident. In August, when the world was waiting for Barcelona and Messi to renew the contract, Laporta told people that the team had been unable to renew the contract with the soul of the team, Messi had to leave. So, the camera focused on Messi, who was crying with true emotion, and the fans felt a man who paid his heart wrongly, chose to face life again after his heart was broken, took off the red and blue striped shirt he had worn for 20 years, and went to the romantic Paris.

The new season started with Messi, who was no longer as unstoppable as when he was playing in La Liga, not scoring until his 6th game in Ligue 1, while Levan, on the other hand, was still killing God, showing his true nature as the "world's first striker". Therefore, when Levan's hot state buff superimposed on last year's regret of missing the Golden Ball Award, the clichéd topic returned to the public eye - is it Messi or Levan?

Messis seven stars in a row: a brilliant record that cannot be surpassed

Just looking at the individual statistics, Levan is undoubtedly competitive as well. Throughout 2021, the Pole scored 64 goals in 54 games, overshadowing Messi 41 goals in 57 games, but he only has a slightly heavier trophy in the Bundesliga title. In contrast, Messi got the Copa America title, which has historic significance, and really played the role of saving the day with his own power in the process of the team winning the title.

The value of winning the Copa America is better appreciated than those past defeats! Argentina won the adult national team competition for the first time since 1993, Lionel Andres Leo Messi Cuccittini, it is across the 2007, 2014, 2015 and 2016 four major finals failure, success on the podium of the supreme, so stubborn efforts, so inspirational drama, of course, deserves a Golden Ball Award.

Messi 2021 is a snapshot of his career, a genius born for soccer, who has given everyone so much imagination that when his numbers slip slightly one day, it triggers an overwhelming discussion. It's like we're used to a genius who scores 100 points on a test and ends up with only 80, so we think his time has come to an end. But the facts tell us that Messi, at 34 years old, still lives up to the name of the best of the best. 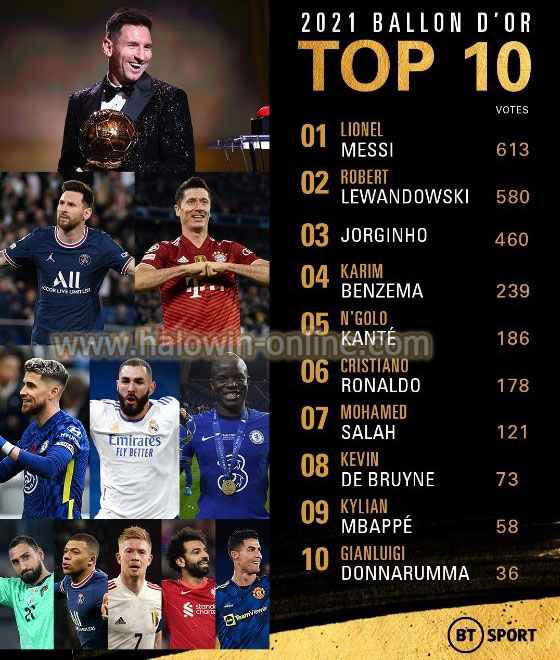 Messi seven stars in a row: the world's first man really deserves it

Yes, maybe Messi does not have so many kills and save the day, but he practices the philosophy of pure soccer in his own way, maybe he has a mood-led out of control, but afterwards always quietly back to the battlefield. So we can see that he still has the courage to overcome fate after losing four finals, and still insists on waiting for the moment to shine after a bad start in Ligue 1. This kind of Messi is not ostentatious, but equally great.

From 2009, when he first won the Ballon d'Or, to 2021, when he won the Ballon d'Or for the seventh time, time has gone through a cycle of years, turning a teenager into a mature man, but what remains unchanged is the art-like strokes on the green field, and the wonderful poems written time and again. One day, Messi will grow old and the world of football will become a hundred, but in this one moment, we can send applause for Messi, even the official Twitter couldn't help but write: Messi -THE GOAT (7th Ballon d'or win) !