EASL Basketball Finals Facts and History You Need to Know

The East Asian Super League has gained a firm foothold to a considerable extent. Thankfully, the unifying factor behind this initiative is one of the things we've been calling for in previous years. In this article, we'll take you through the history and facts of EASL. 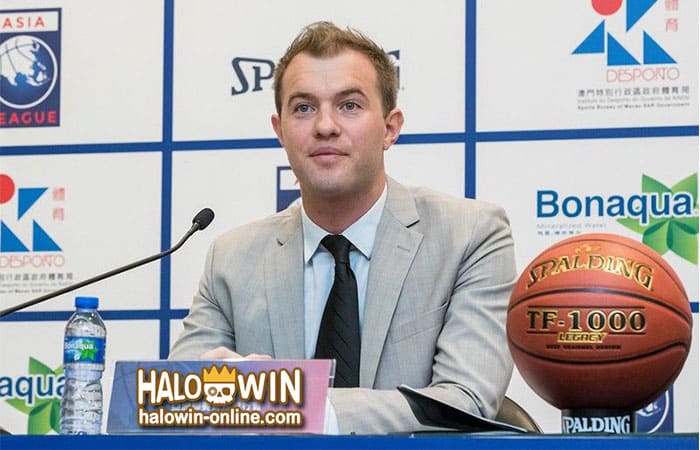 History of the EASL Basketball

Matt Beyer and Henry Kerins established the Asia League, later known as the East Asia Super League ( EASL Basketball ), as a reaction to what the founders considered a lack of high-level international tournaments featuring basketball clubs in the region.

Additionally, the founders considered the region's population, approximately 2 billion which could be a potential market for a regional inter-club tournament. It was envisioned that the Asia League would serve as the East Asian equivalent of the NBA's Las Vegas Summer League.

It would be a place where professional teams from Asia could compete against each other while still maintaining minimum scheduling conflicts with their respective home leagues. The EASL & Basketball started this initiative as a pre-season event but now it has gotten more coloration. 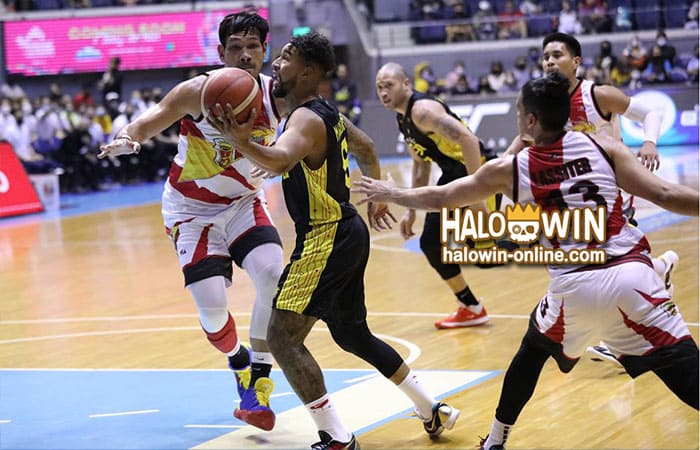 The inaugural competition for what was then known as the Asia League was the Super 8: Macau Basketball Invitational, which took place in September 2017 at the Studio City Event Centre in Macau. The tournament featured eight different teams. Zhejiang Guangsha Lions, Shenzhen Aviators, Goyang Orions, Seoul Samsung Thunders, Fubon Braves, Pauian Archiland, Chiba Jets, and Ryukyu Golden Kings were among the contending teams that were present.

Initially, the organizers of the tournament referred to it as the "Asia League," However, this led to a legal disagreement with FIBA over the name of the league, as FIBA believed that the tournament's branding and marketing were in direct competition with its own FIBA Asia Champions Cup. The dispute resulted in the competition being renamed "Super 8," and it was then officially recognized by FIBA after the league organizers sought the legal assistance of Quinn Emanuel's Thomas Werlen, who has represented FIFA in investigations of the U.S. Department of Justice.

The Chiba Jets of the Japanese B. League became victorious in the first-ever Super 8 competition, followed by the Zhejiang Guangsha Lions in second place and the Goyang Orions in third place. The event was viewed by 21 million people all across the world.

The second iteration of the tournament, which was given the name Summer Super 8 and was held at the Macau East Asian Games Dome in July 2018, featured the participation of two professional club teams from the Philippine Basketball Association (PBA), namely the NLEX Road Warriors and the Blackwater Elite. The Guangzhou Loong Lions, the Xinjiang Flying Tigers, the Seoul Samsung Thunders, the Incheon Electroland Elephants, the NLEX Road Warriors, the Blackwater Elite, the Rizing Zephyr Fukuoka, and the Formosa Dreamers were all there to compete. The first position was taken by the Guangzhou Loong Lions, the second place was earned by the Seoul Samsung Thunders, and the Incheon Electroland Elephants achieved third place.

In 2018, the Super 8 event was transformed into a larger competition, The Terrific 12, involving twelve teams rather than the previous format's maximum of eight. The Terrific 12 competition was held at the Studio City Event Centre, and it was conducted in conjunction with the support of the Sports Bureau of the government of Macau Special Administrative Region.

The Asia League changed its name in 2019 to the "East Asia Super League," and from September 17-22, 2019, it held the second edition of "The Terrific 12" at the Tap Seac Multi-Sports Pavilion in Macau. The teams that participated in the competition were the Liaoning Flying Leopards, the Shenzhen Aviators, the Zhejiang Guangsha Lions, the Chiba Jets, the Niigata Albirex BB, the Ryukyu Golden Kings, the Utsunomiya BREX, the Jeonju KCC Egis, the Seoul SK Knights, Blackwater Elite, TNT KaTropa, and the San Miguel Beermen.

In addition, the former NBA player and current CBA import Lance Stephenson made his EASL debut during the Terrific 12 (2019) tournament. Stephenson won the Most Valuable Player award for his 34-point outburst during the Terrific 12 (2019) championship finals, which were won by the Liaoning Flying Leopards with a score of 83-82 over the Seoul SK Knights. The Zhejiang Guangsha Lions came in second place, and the San Miguel Beermen finished in third place overall in the competition. The Terrific 12 competition scheduled to take place in September 2020 has been postponed due to the COVID-19 pandemic. 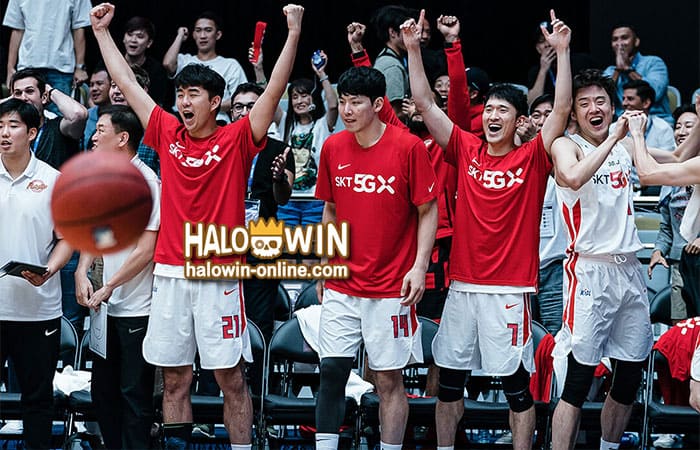 The goal of the East Asian Basketball League (EASL Basketball) is to become one of the world's top three professional basketball leagues by the year 2025. To achieve this goal, the EASL plans to combine the finest clubs, from the best leagues, with the best-in-class production values.

Finally, for the first time, EASL Basketball is transitioning into a professional league, complete with a home-and-away season beginning in October. There will be a total of eight teams competing over six months, with the competition ending in a Final Four event with a prize pool of one million dollars. It is the Asian basketball equivalent of the UEFA Champions League in soccer.

There is little doubt that the East Asia Super League (EASL Basketball) is making headway because it has a valuation of $100 million, a 10-year exclusive partnership with FIBA, and high-profile investors like Jalen Green, Baron Davis, Metta Sandiford-Artest, and Shane Battier.

To accomplish this, EASL Basketball is getting creative and drawing inspiration from certain sources that one may not expect. It is reasonable to anticipate that an up-and-coming basketball league will adopt the same organizational structure as either the NBA or the EuroLeague.

Instead, Beyer is drawing inspiration for the expansion of the East Asia Super League from the world of Formula One and K-Pop. The season will climax in March 2023 with a clash between the Final Four teams to determine who will be the winner of the region.

The core values of the EASL are listed below just as they are stated on their official website.

The Best of the Best

Bringing together the best clubs from the best leagues for entertaining, exciting hoops competition, with best-in-class production values and event operations.

More than just our tagline, EASL Basketball is committed to bringing together stakeholders from around the region through our engaging league and content platforms, creating value for all. By creating a unified platform for intra-regional competition, we strengthen our partner leagues and elevate basketball in the region.

Moreover, EASL believes in collaboration with all our partners, offering a high degree of flexibility to build mutually beneficial relationships, particularly in these challenging times.

The Hub of Asian Basketball

EASL Basketball produces unique content covering events on and off the court from across Asia year-round. By delivering news and original series from around the region, we are the "go-to" for avid and casual fans and leading marketers seeking to connect with target consumers. 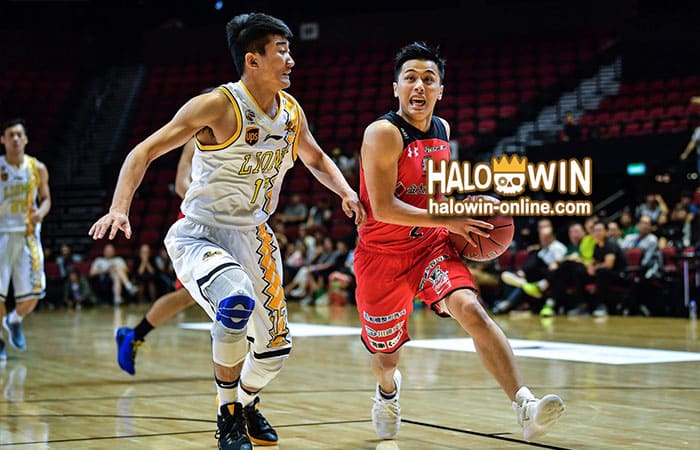 Without a shadow of a doubt, EASL basketball is a blessing rather than a curse to Asian basketball. With everything set to commerce, the initiative will further market Asian basketball to the totality of the world.